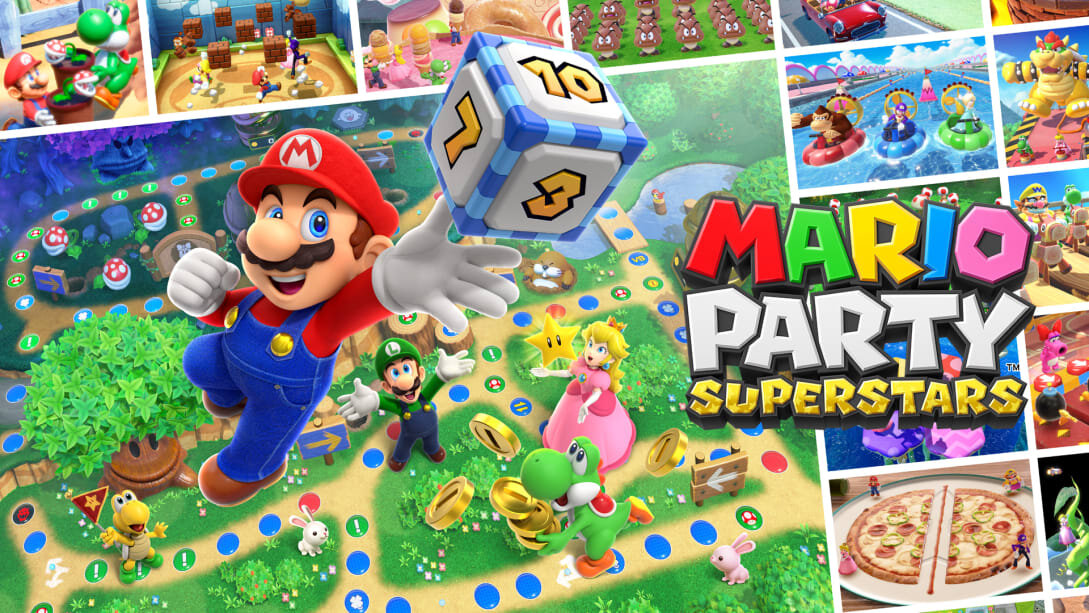 It will launch on Oct. 26 with 100 classic mini-games across 5 N64-era boards which includes Peach’s Birthday Cake from the original Mario Party game.

It will support a full online experience. You’ll be able to matchmake with random people online to play full games, or you can play online with friends and even save your progress if you all want to take a break midway and continue later. This is a major step up from the state that Super Mario Party’s online play was in when it launched a couple of years ago.

And that kind of leads me right into why I’m writing this article: Mario Party Superstars really kind of irks me. No, it has nothing to do with the concept; I don’t care that they are rehashing old content and reselling it to me for $60. I love wearing rose-tinted glasses and you can inject N64 nostalgia directly into my veins, no issues for me on that one.

No, instead, my issue is that I bought Super Mario Party in late 2018 when it was kind of a barebones experience. While it was a great return to form in terms of game structure, its small handful of boards were very small and got old quite fast.

I thought, for sure, that this was the launch experience and that over time, Nintendo would release new boards either in the form of free updates like Mario Tennis Aces, or at least via paid DLC like Super Smash Bros. Ultimate. Either would have been fine by me.

Instead, I bought into a Mario Party-lite experience that was largely forgotten by Nintendo as soon as it launched aside from an online update that came way too late.

Splatoon 2 and Breath of the Wild may be getting new games mid-generation, but there’s no doubt that Nintendo delivered a ton of value, just even with the base game and then added even more to it post-launch. In those cases, skipping updates and DLC would have been totally fine if that’s the route they wanted to go.

I believed that Super Mario Party was going to be the Switch-era Mario Party game and it would get the same love that all of the other games I’ve mentioned so far got. The game had good bones, it could have totally been expanded on and been a very memorable Mario Party game in its own right.

I wish I knew why Nintendo decided to abandon Super Mario Party, but it really doesn’t matter now. Mario Party Superstars is coming, it’s going to have so many of my favorite boards from my childhood, and like the sucker that I am, I’ll buy it and probably never play Super Mario Party again. It’s a shame, but that’s just the way it goes this time I guess.