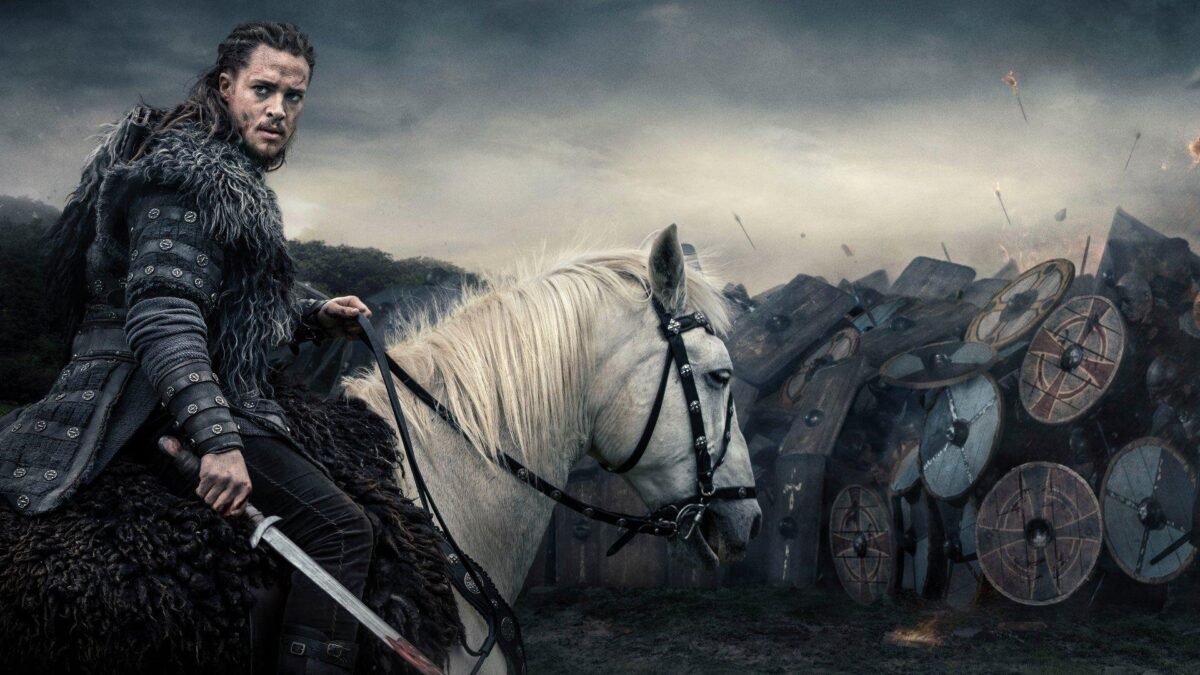 I’ve always thought the very best fantasy stories are those that waste no time in grabbing you by the hand and whisking you away on an epic adventure, and Netflix’s The Last Kingdom is a show that embodies that notion more than any other I’ve seen in years. After having been utterly gripped by its first two episodes back in 2018, it felt as though I’d only just blinked and I was suddenly halfway through a season that just never lets up.

Set in Britain during the 8th century, The Last Kingdom tells the story of Uhtred Uhtredson, a young Saxon destined for earldom before his capture by the Danes sees him raised as a Viking. Years later, Uhtred decides to embark on a quest to reclaim his birthright after his adopted Dane family is slaughtered by a rival clan. His journey takes him across a land divided by political strife and war as he seeks to make new alliances with Saxon lords, all while battling prejudices over a muddled upbringing that makes him feel like a foreigner in his own land.

The show itself is based on a series of novels called The Saxon Stories by Bernard Cornwell, and the unrelenting pace I alluded to earlier is actually something I’ve heard lamented by purists familiar with the source material who loathe the show’s comparatively condensed nature.

And while on the one hand, I know that on-screen adaptations rarely match the nuance of a good book, it’s equally hard for me to understand how anybody couldn’t appreciate the way in which the composition of The Last Kingdom comes together. By the start of season two, you feel as though you’ve already been traipsing around ancient Britain on an adventure with its memorable cast for years.

In fact, such is the effect that every time I hear The Last Kingdom’s enchanting musical score (which is frequently, because it’s on my Spotify playlist), I often feel this strange yearning sensation for something that’s missing or drawing to a close. And rather ironically, as I listen to it right at this very moment trying to scribe a coherent article (the jury is still out on that one, I know), I’m mourning this week’s unexpected announcement that The Last Kingdom’s fifth season will be its last.

Truth be told, the revelation isn’t all that shocking in terms of the timeline of the story: Uhtred has been drawing ever-closer to his ultimate goal of reclaiming his family’s castle at Bebbanburg (now Bamburgh castle) since the start of season 4. It isn’t as though Netflix has given The Last Kingdom a scandalously early chop or anything. But none of that changes the reality that sometime later this year I’ll be waving goodbye to my fictional buddies for the last time. The thought is hitting me smack bang “in the feels,” as they say. I really need to turn this music off!

Actually, I think it stands as a testament to the show’s critical reception and the passion of its fanbase that Netflix not only renewed The Last Kingdom beyond its third season (which has so often rung the death knell for series gone by) but announced ahead of time that its fifth season would conclude the story. Countless other quality shows haven’t been shown the same respect. And yet, there’s little question that The Last Kingdom doesn’t enjoy anywhere near the same level of popularity as The History Channel’s Vikings, let alone something like Game of Thrones.

So, while I can’t help save the show, I can at least shout its praises as loudly as possible to help this one final hoorah go out with a real bang. I’m telling you, if you enjoy fantasy or period history and haven’t already given The Last Kingdom a chance, now is the time. Make sure you’re part of the excitement in anticipation of its conclusion and not a johnny-come-lately catching up after the fact. Sure, it doesn’t technically make a difference when you binge it, but there’s something to being part of the conversation as it happens, isn’t there?

You can thank me later when The Last Kingdom’s story has you completely engrossed; when superb cinematography transports you to breathtaking medieval vistas so authentic you feel windswept from the comfort of your couch; when the emotional highs and lows of each character’s arc feel so genuine it’s as if you’ve experienced them first hand, and when you find yourself so absorbed by the intoxicating ambiance of the show that you take long walks across the countryside daydreaming a life of adventure far away from the humdrum of modern life.

There truly is a spellbinding element of magic to The Last Kingdom I’ve rarely experienced watching other television shows. It’s a serenity you should experience too.

Yes, I switched the music back on.