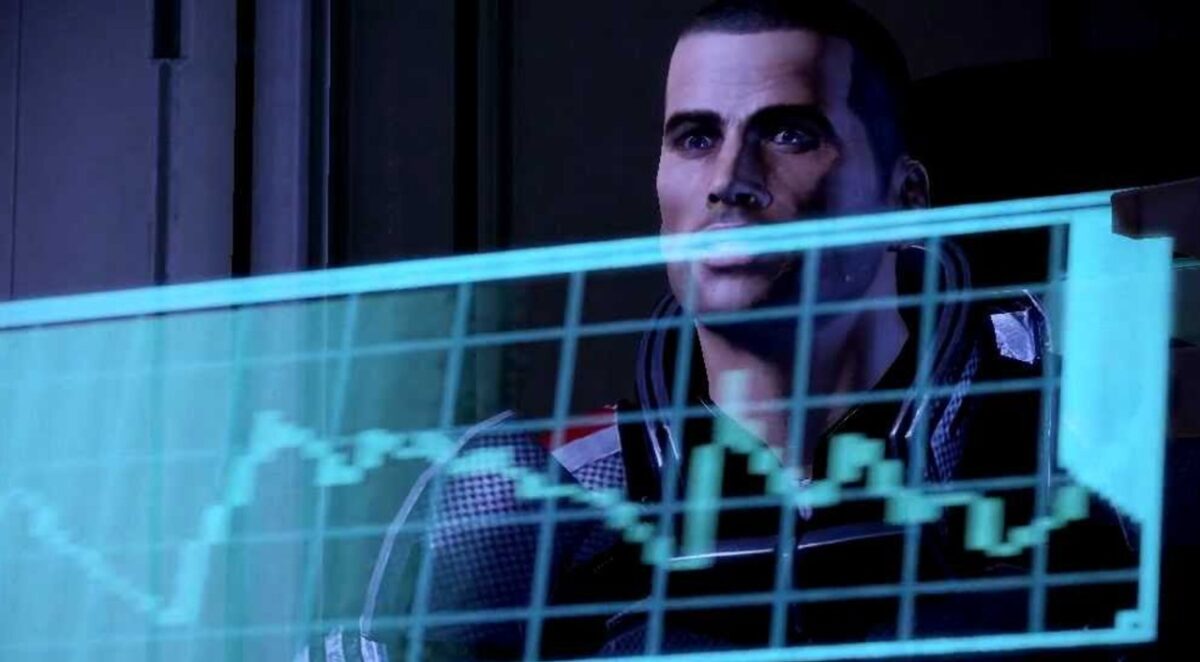 With the release of Mass Effect Legendary Edition, players once again get to shill out Shepard, allowing them to use their fame and glory to endorse stores and get money off important items. Yet, even the great Commander Shepard doesn’t have enough pull to get more than a few measly credits back for a video game when shopping at the Citadel.

As you can see in the video above, walking around Zakera Ward on the Citadel in Mass Effect 2 will result in a hilarious parody of well-known gaming merchandise retailer Gamestop. Players can talk to a Salarian Game Salesman, who will ask them a number of different lines related to their store.

Dialogue in this conversation includes trying to sell you on a game based on its player base, data protection for an extra cost, and even trading in your game for a whopping two credits toward a new game. Anyone who has ever been to a Gamestop knows how painfully relatable these lines of dialogue are, especially I’ve you’ve ever worked there.

This is just one of the many fun little side conversations that can be found throughout the Citadel. Let us know what your favorite ones are in the comment section below.

And if you’re still looking for all things Mass Effect Legendary Edition, we’ve got plenty of that in the related contents section below. That includes everything from Squadmate rankings to all of the latest news regarding patches.