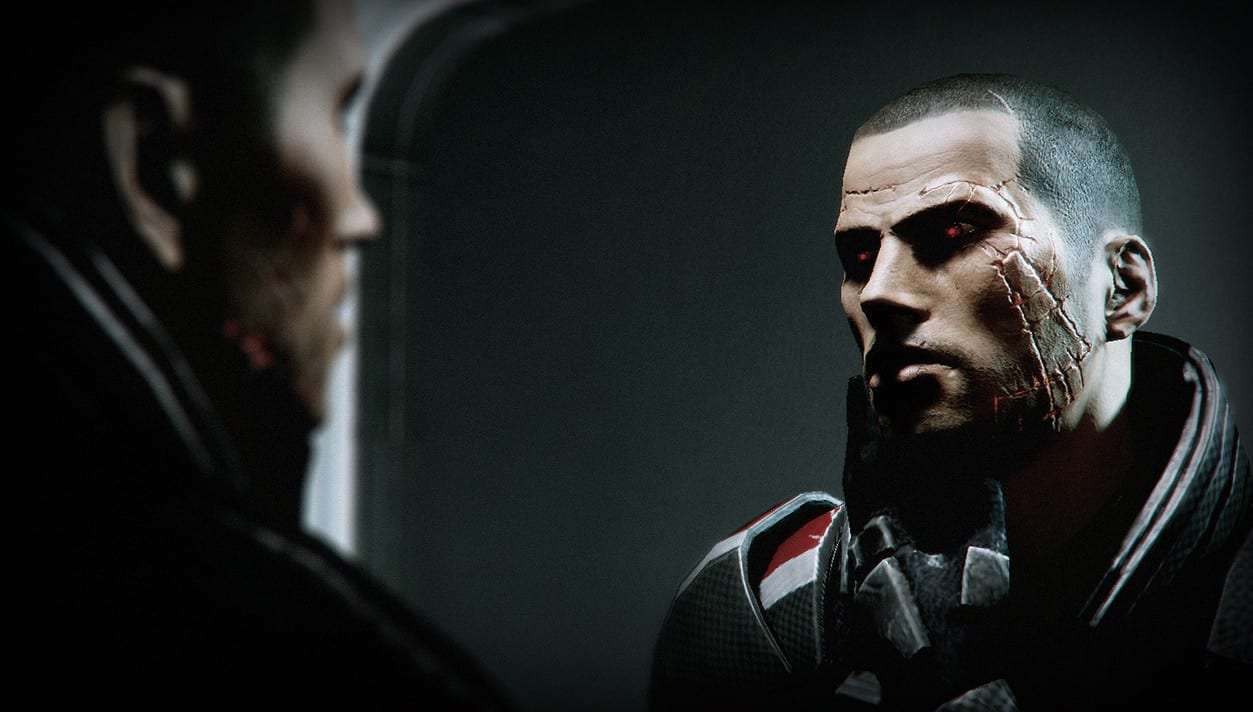 The Mass Effect series has always been known for its amazing branching narratives, giving players plenty of different dialogue options and choice-based decisions that have consequences down the line. No choices were as memorable as the ones you made using the interrupt system, though.

Depending on your alignment, Paragon or Renegade, your Shepard sometimes had the option to interrupt conversations with good or bad actions. And while there are certainly plenty of fun good options to pick as a Paragon, the most memorable ones are always going to be the bad boy choices Renegades made.

Below, we’ve compiled the five most hilarious Renegade choices we are definitely making again in Mass Effect: Legendary Edition.

***Fair warning, the article below spoilers major parts of Mass Effect, Mass Effect 2, and Mass Effect 3. If you’re looking to enjoy these games spoiler-free, come back after you’ve played through them. ***

As soon as Khalisah al-Jilani meets Shepard in Mass Effect, she tries to paint him as the bad guy, pushing an anti-alien agenda on him to try and make him look bad. Luckily for Renegade players, they don’t have to put up with her nonsense very long.

Shortly into their conversation, Shepard is given the option to punch the report in the face, putting an abrupt end to her rude questions. It doesn’t end there, though, as you’ll meet the reporter two more times in the following games as well.

This Renegade choice is easily the best one in the series, as it carries over continuity-wise throughout each game in the trilogy, even rewarding Renegade players who picked the option to punch her in the first two games, allowing them to get her a third time in Mass Effect 3, even after she dodges.

“How About Goodbye” (Mass Effect 2)

Is there anything more fun than just abusing your authority as a Spectre and booting bad guys out of windows? I didn’t think so.

This renegade option occurs when Shepard confronts an Eclipse soldier during a mission on Illium. After a bit of back and forth, the mercenary says he has nothing more to say to the Commander, crossing his arms and trying to look stern.

Unfortunately for him, he is standing right in front of a window that drops thousands of feet. Going forward with this option sees the merc get kicked straight through the glass, as Shepard spouts the one-liner, “How about goodbye”

Throughout Mordin’s loyalty mission in Mass Effect 2, you’ll run into a group of gang members called the Blood Pack. These Krogan mercs soon reveal that they’ve captured another scientist, Maelon, from the Genophage project.

To successfully complete the mission, you have to get to Maelon and rescue him. At one point, Shepard runs into the Weyrloc Clanspeaker, who mocks him and tells him to go away.

While there is an option to talk things through, veteran Renegades know it is more fun to just blow him up. This can be done by shooting a pipe during the Krogan’s long monologue.

Though the first shot doesn’t work, causing the Speaker to mock the Commander’s aim, another shot does the trick. This lights the Krogan on fire, roasting him alive as he curses you.

As soon as you arrive on Tuchanka in Mass Effect 2, you’ll immediately see Urdnot Wrex or Wreav arguing with a Krogan named Gatatog Uvenk. The two disagree on the future of the clans, causing Wrex or Wreav to headbutt him.

Shortly after Shepard speaks with Wrex themselves, they’ll have their own conversation with Uvenk. Unsurprisingly, he is just as disrespectful when they talk to him.

Not to worry, though, as Renegade Shepard learned everything they know about Krogans from Uncle Wrex, including how headbutting asserts dominance. This option allows players to assert that dominance against Uvenk, much to the chagrin of the others in the area.

Kai Leng was the worst of the worst when it came to enemies in Mass Effect, as it felt like he only existed to trouble the Commander. Yet, all of this trouble could have been forgiven had he not committed that one vile act in Mass Effect 3.

Depending on the choices you made throughout the events of the series, Leng kills someone important to Shepard during an assassination attempt. Most of the time, it is Thane, but it can also be Miranda or Kirrahe as well.

Later on in the game, you have another run-in with Leng, eventually defeating him. When the Commander turns their back, the assassin attempts to sneak up on them, resulting in a Renegade prompt where Shepard stabs him through the heart with an Omni-blade.

This revenge is as satisfying as it gets, as Shepard dedicates the kill to his friend, stating, “That was for Thane and Miranda/Miranda/Thane/Kirrahe, you son of a bitch.”