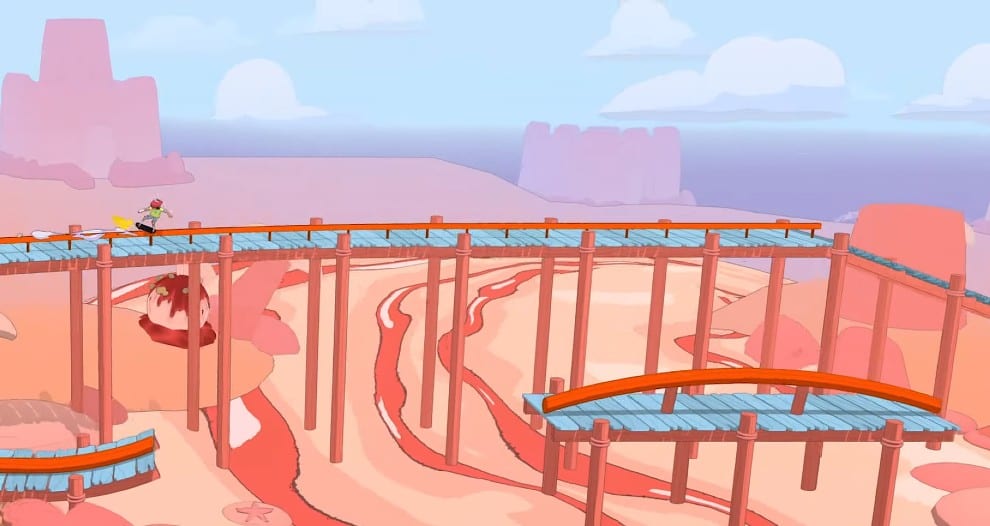 Another Nintendo Indie World showcase is in the books, and this one revealed a lot of awesome upcoming indie games that fans can look forward to getting on their Nintendo Switch this year. From sequels to brand new IPs, the event featured several new trailers, announcements, and even some surprise reveals throughout its 20-minute run-time.

In order to save you a little bit of time, we’ve gone ahead and summarized the best bits from the event below. Here is a full recap of the Nintendo Indie World showcase for April 2021.

Road 96 is an adventure unlike any other, as players take control of multiple teenagers, each of which can make their own choice for thousands of different procedurally generated adventures. The game hitchhikes its way onto Nintendo Switch later this year.

Another Annapurna Interactive title, Last Stop is a game about three entangled stories that lead to one incredible adventure. Nintendo Switch owners can play it when it comes to the console in July 2021.

Hindsight is an upcoming narrative exploration game, published by Annapurna Interactive and developed Joel McDonald, where everyday objects serve as windows to the past. You can live this artful experience for yourself when it arrives on Nintendo Switch later this year.

The third installment in the series, OlliOlli World is set to introduce a bunch of brand new concepts, including vert ramps, branching paths, wall rides, and much more. This rad title kickflips onto Nintendo Switch at some point this winter.

Getsu Fuma Den: Undying Moon is arguably the most visually impressive game announced the showcase, as its cel-shaded art style and intense combat jump off the screen.

Aztech Forgotten Gods debuted during the showcase as well, combining well-known Mesoamerican culture with sci-fi to create an action-packed experience. The game heads to Nintendo Switch and other consoles in Fall 2021.

This little indie places players in the shoes of a skeleton named Skul, tasking them with traversing their way across this 2D world by unlocking new abilities through the mechanic of switching heads. Skul: The Hero Slayer comes to Nintendo Switch later this year.

Easily the biggest news to come out of the event is that Night School Studio’s hit 2016 adventure game, Oxenfree, is getting a sequel. Titled Oxenfree II: Lost Signals, the game picks up five years after the events of the original, following a new protagonist named Riley.

Oxenfree II: Lost Signals is set to release for Nintendo Switch in 2021.

The event also showcased a handful of upcoming titles at the end of the event too in a quick highlight video. To check it out, head over to Nintendo’s official YouTube page and watch the end of the recap video.