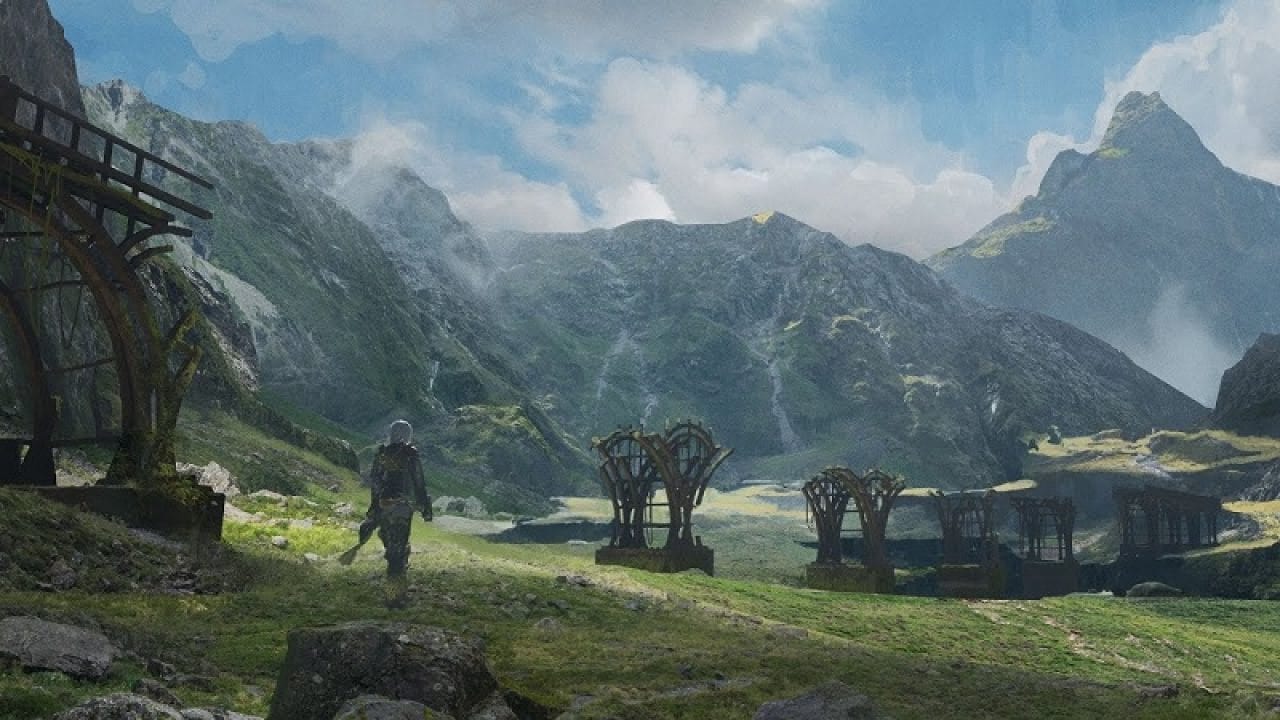 Fishing is a surprisingly big part of Nier Replicant‘s gameplay, or at least it is if you’re aiming to complete the game. In order to get every Trophy and Achievement, you’ll need to reel in every aquatic beast the game has to offer, and there are quite a few to track down. To pull this off though, you’ll need to raise your Fishing level to the max, and the only way to achieve that is to figure out how to complete Nier Replicant’s Fisherman’s Gambit side quest series.

Fortunately, we’re here to help you with this endeavor. Read on to find out where the quest line can be started, how to find each fish needed to advance it, and more.

The Fisherman’s Gambit line of quests in Nier Replicant can be started by talking to the Old Fisherman in Seafront.

He’ll be standing at the end of a pier just to the right of a beach. He’s also the one you’ll talk to in order to catch a Shaman Fish during the main story, so it’s impossible not to meet him at least once.

All the same, we’ve included a screenshot of his location down below.

Completing each one will raise your Fishing level by one. Each level increase will make it easier to catch every fish in the world, and will make it possible to hook stronger fish that would otherwise overpower you.

As for what his quests entail, they all follow the same structure: He’ll tell you about a specific fish he wants you to catch, and will ask you to catch a certain amount of them. The first quest, for example, sees him request 10 Sardines.

However, he won’t tell you where they can be found, what bait they prefer, or how they’re caught. All of that will be up to you to figure out.

Or at least, it would be if you didn’t have this guide.

For bait, you’ll want to stock up on Lugworms, Earthworms, Sardines and Carp. All of them will be necessary at one point or another for catching the fish the Old Fisherman requests. They can all be bought from the Bait shop in Seafront.

We’ve also laid out a table down below containing every fish he requests, where they can be found, what bait they prefer, and what their bite pattern is. They’re listed in the order they’ll be requested for your convenience, and contain links to guides dedicated to showing how each fish is caught.

Complete each quest as they become available, and before long, you’ll have completed everything the Old Fisherman can throw at you.

That’s everything there is to know about Nier Replicant’s Fisherman’s Gambit quests. For more tips, tricks, and info, be sure to check out our guide wiki. For trailers, reviews, and more Nier coverage in general, you can take a look at any of the related articles down below.