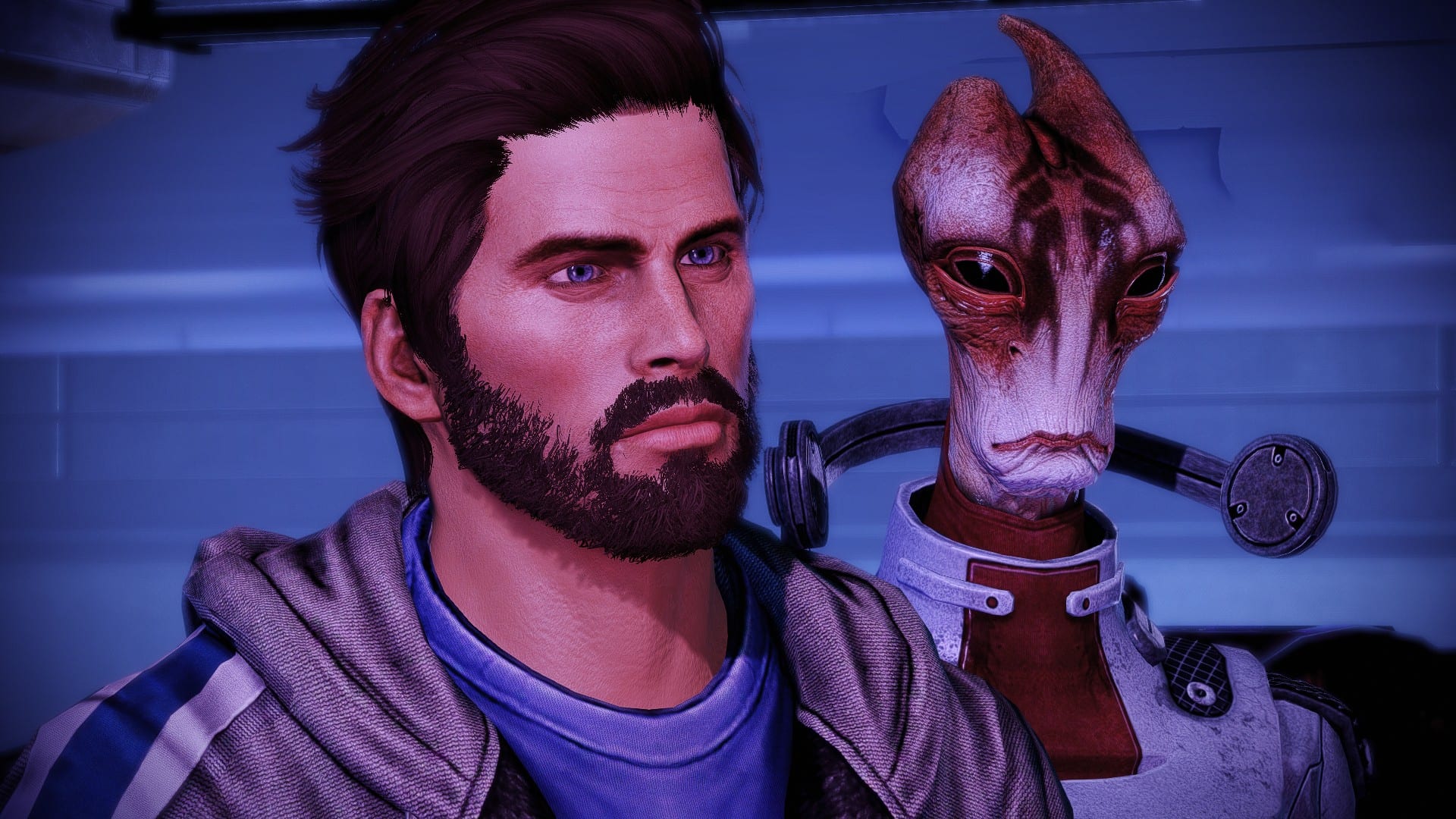 The Mass Effect series has always been great about letting players go wild when customizing their Shepard’s looks, making for some interesting-looking Spectres as a result. Yet, despite its varied customization options, the hair section was always a bit lacking, especially for MaleShep.

MaleShep’s hair and beard options are all pretty generic, providing a few different short-haired looks and the choice between adding a mustache, goatee, or full beard. As such, it isn’t surprising that most players simply chose the military cut and five o’clock shadow look for their characters when push came to shove.

Thankfully, Mass Effect’s modding community decided to take matters into their own hands with the Hairy Sheploo Nexus Mod. This mod adds a range of new styles for the male version of Shepard, including longer hair and much thicker beards.

The team behind the mod described it as follows:

Hairy Sheploo is a very easy and complex mod at the same time. With it you can choose to give your Shepard your choice of hairstyle accompanied or not of a beard. Moreover, if you like his hairless look, you can just add him the beard. We are pretty sure that we came up with an option which will fit your tastes. We carefully curated which hair meshes to use for Sheploo and manually adjusted them all for his head, including the beard. You may recognize the hairstyles from other mods and other games, but again, our meshes and textures have been edited to perfectly match and not clip with his head.

At the moment, the Hairy Sheploo mod is accessible for players on Mass Effect 2 and Mass Effect 3. The creators did say they plan to make a port for the first title as well, but that it will not work with the Legendary Edition upon its release.

It is important to note that this mod is just for the default male Shepard character. It doesn’t work on custom or female variants, and the creators have no plans to ever make them accessible for the other versions.

Any PC players interested in downloading the mod can head to the link provided right here (Mass Effect 2, Mass Effect 3).