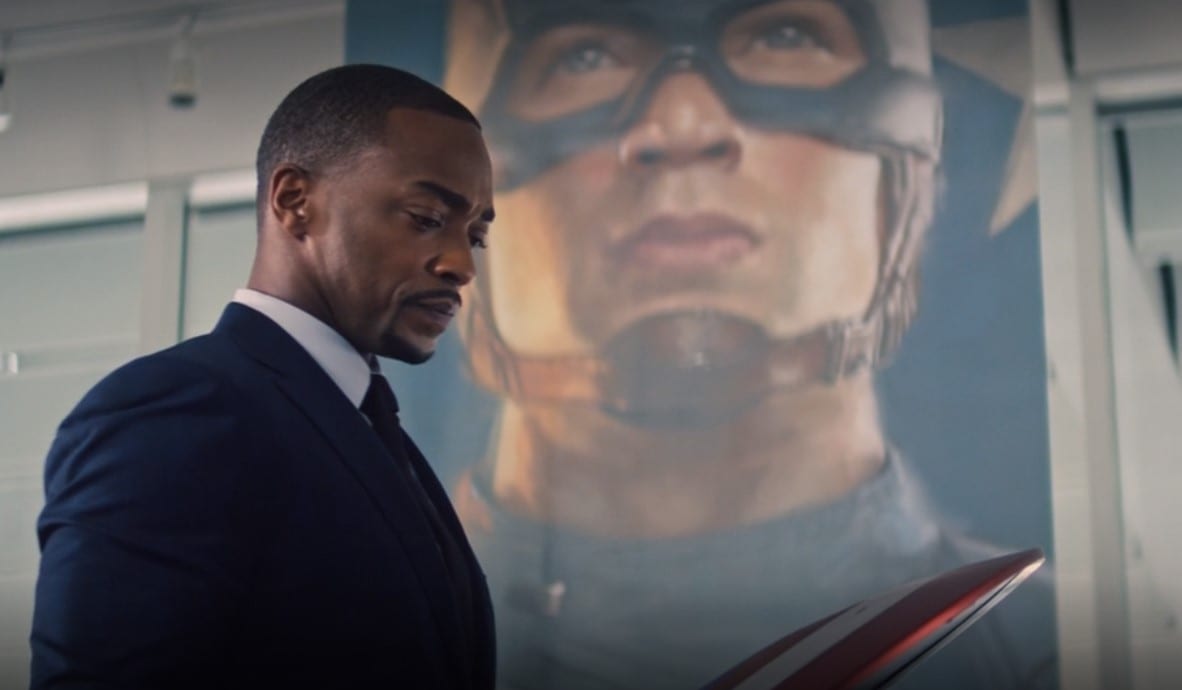 Warning: There are some heavy spoilers for the entirety of Falcon and the Winter Soldier ahead. If you’d rather not be spoiled, turn away now.

The Falcon and The Winter Soldier just reached its thrilling conclusion and there were no cameos by the original Captain America to speak of. But in the end, it turned out that Sam and Bucky were quite alright without Steve Rogers, and it looks like the rest of Marvel will be as well.

There’s no doubt Steve Rogers was a leader in the ensemble of the MCU. Truly, no character will be able to replace him. But that’s fine because this show displayed that you can do an enjoyable Captain America show or movie without Steve Rogers as the centerpiece.

The Falcon and The Winter Soldier proved without a doubt that there’s enough intrigue to build around the characters of Sam Wilson, John Walker, Bucky Barnes, and Sharon Carter for the future.

It’s not entirely shocking that there was no cameo considering the fact that Chris Evans is no longer playing America’s superhero, as his character was essentially written off at the end of Avengers Endgame – not to mention it is going to be pretty hard to ever top Cap that tops him wielding Mjolnir.

Besides the fact that Steve Rogers had reached his peak, Sam and Bucky still have tons of room to grow. Sam is now the new Captain America and even though he went through some truly rigorous training to get to that point, there’s clearly a lot of work left for him to do.

Sam had a hard time going hand-to-hand with Batroc, but he’ll undoubtedly grow into the suit and his new role.

Additionally, Bucky finally crossed off everyone on his list of people with which he needed to make amends. Thanks to the Wakandans, he’s also free of the Winter Soldier brainwashing. He could literally go in any direction from here following the end of Falcon and Winter Soldier. Marvel fans already loved Bucky, so they’ll surely be on board for even more of his adventures with Sam or even solo.

Most importantly, Anthony Mackie and Sebastian Stan made for an incredible pairing throughout the series. They played off of each other perfectly like in the scene where they were talking about androids, aliens, and wizards.

Time after time these two have proved they are capable of being the leads of their own individual series or movies. Stan’s emotional scene in Wakanda showed incredible range and Mackie’s scenes with Carl Lumbly (Isaiah Bradley) showed the actor’s ability to deal with very serious topics.

The future of the MCU is quite clearly in fantastic hands when it comes to intriguing characters with the new Captain America and Bucky’s complete transformation from who he was as the Winter Soldier. And even more importantly, the actors for these two characters are established names whose stock is quickly rising.

Now don’t misunderstand what I’m saying here. Chris Evans did an incredible job playing Captain America for all these years. Decades from now if there’s a Marvel reboot, it’ll be incredibly difficult for anyone to live up to the performance that Chris Evans put on as Cap.

But at this point, the rest of the crew that just used to be the supporting cast is ready to step up without the former Captain America and they more than proved that in The Falcon and The Winter Soldier. Even without Stever Rogers to lead the way, the future looks bright for the MCU.