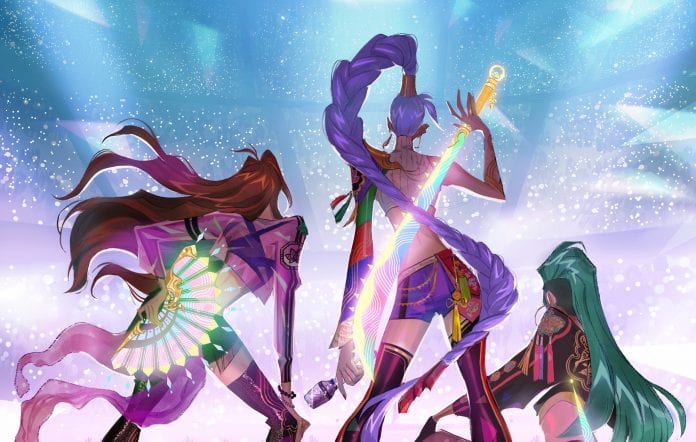 K-pop has certainly taken over the world as of late, and there is no stopping the wave. Sony Pictures Animation has announced it is starting development on a musical starring a demon-hunting K-pop girl group. Sony’s K-Pop: Demon Hunters sounds like a perfect recipe for a good time.

Our heroines in question will be trying to balance their professional lives in the limelight with saving the world as badass demon hunters in their free time. Be prepared for plenty of action, adventure, and of course, colorful fashion, attractive style, and banging music.

The animated film will be helmed by Maggie Kang, who was the head of story on 2017’s The Lego Ninjago Movie. Illustrator Chris Appelhans of The Princess And The Frog will also be lending his expertise. Rounding out the team would be Oscar-winning producer Aron Warner, and the scriptwriters Hannah McMechan and Danya Jimenez.

Kang explained that the film is her way of paying homage to “her Korean pride and the widely popular K-pop music she grew up with” when speaking to Variety about her work on K-Pop: Demon Hunters with Sony.

The Sony-backed K-Pop: Demon Hunters will celebrate the music genre that has risen in popularity in recent years, and showcase the magic of it all through the medium of animation.

With the success that Riot Games have had in regard to K/DA and the various music videos released from League of Legends, chances are that this particular project will find its own captive audience. The virtual K-pop group made up of League of Legends characters has carved out a niche of their own, with several chart-topping hits driving their success.

Sony Pictures Animation will be hoping their own effort can result in the same kind of reception from the growing community of K-pop lovers.

Both the cast as well as the production timeline of K-Pop: Demon Hunters have not been announced.