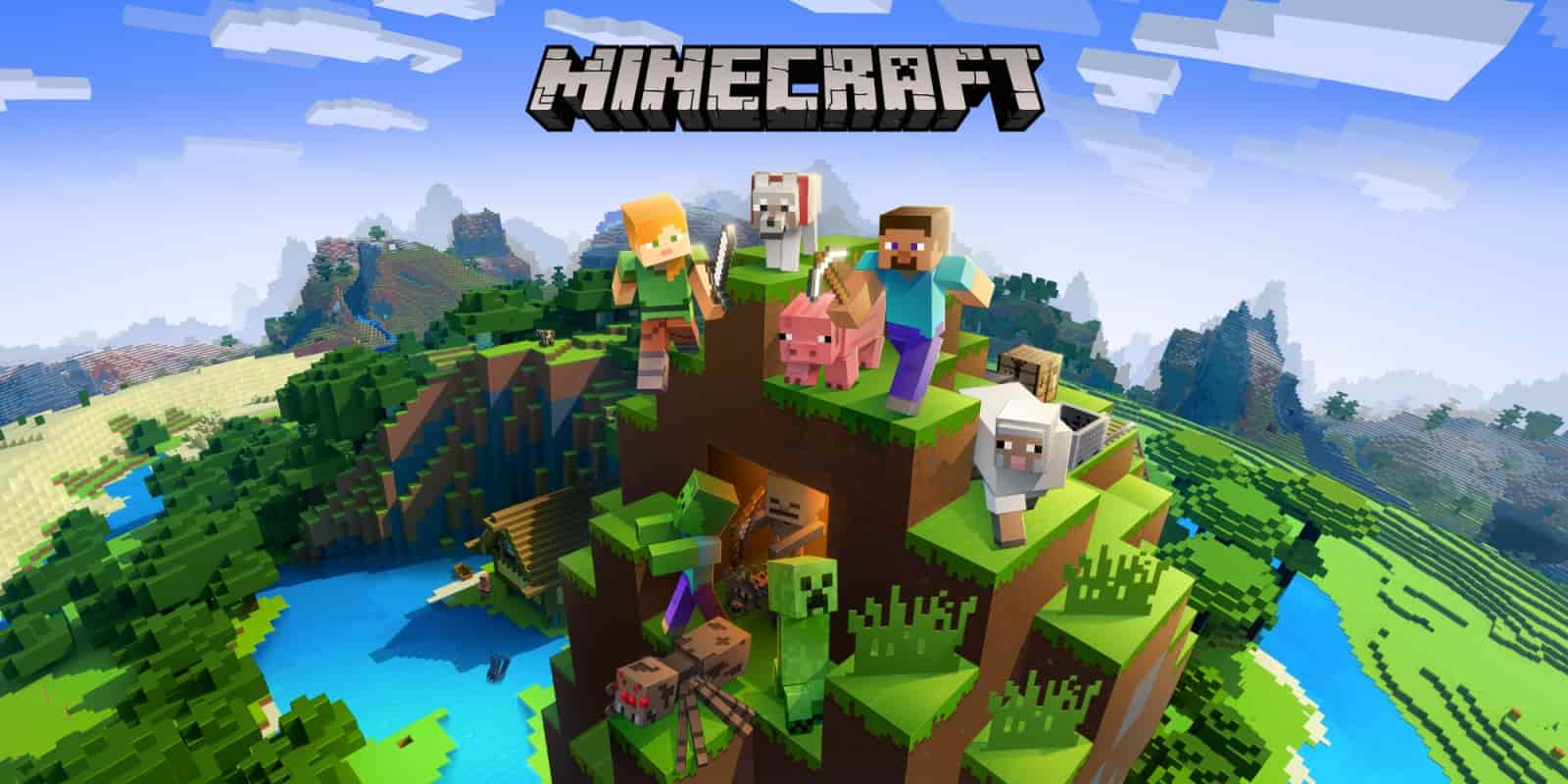 Even though Minecraft is an enjoyable game, a lack of consistent objectives can sometimes lead to boredom rearing its ugly Creeper head.

Yep, we’ve all been there. Despite the game’s unparalleled freedom and creativity, it’s easy to run out of steam and get a little fatigued by the sheer openness of it all.

Fear not, however, as we’ve put together 10 handy tips and suggestions to help kickstart the fun and get your creative juices flowing again.

Try To Find The Rarest Mobs In Minecraft

If you fancy yourself as a bit of a zoologist, then trying to track down the rarest mobs in Minecraft may be the goal for you.

From brown pandas and charged Creepers, to Skeleton Traps and Spider Jockeys, Mojang’s popular sandbox title is filled to the brim with rare critters waiting to be discovered.

However, the rarest of all are Chicken Jockey mobs. Essentially, these mobs are Skeletons or Zombies riding atop — you guessed it — chickens. And they’re equally as cute as they are rare.

That said, if you’re looking for a challenge, finding a baby Zombie Villager that’s wearing enchanted diamond armor while riding a chicken is pretty much like winning the lottery.

In fact, finding this hard-to-find mob is actually rarer than getting the same randomly-generated world twice in a row. Talk about finding a needle in a haystack, right?

Build A House That Looks Exactly Like Your Own House

That’s right, if you’re looking for something creative and outside-the-box, then we challenge you to accurately replicate your very own abode in Minecraft. And if you fancy making this objective extra hard, why not try doing it in Survival Mode?

Home is where the heart is.

Try To Discover All The Biomes In Minecraft

With everything going on in the world right now, it’s nice to get away from it all by escaping to the vast virtual landscapes of Minecraft.

Frankly, getting lost in a game world is akin to a holiday trip right now. That said, have you managed to discover every biome the game has to offer?

Well, if you’re in the mood to be the next Marco Polo, then maybe venturing out into uncharted territory and finding all the biomes could be the way to go.

In all, there are a staggering 42 biomes currently in Minecraft (as of update 2.21), so make sure to pack some supplies before setting off on your brand-new adventure.

Create A Treasure Hunt For Your Friends

Playing with friends always helps elevate the fun factor, but running out of stuff to do can quickly put the kibosh on said enjoyment. So, why not create your own treasure hunt for you and your friends to enjoy?

Rules can vary from game to game. However, the main gist is this: the first one to collect 3 or more specific Minecraft items wins.

In other words, agree to a certain number of items — like leather boots, a watermelon and a red flower, for example — and the first one to go find or craft said items, and then place them in a chest back at base wins.

Starting the treasure hunt in a biome that possesses the specific items you’re looking for may be a good call.

You probably don’t want to get too lost while trying to find everything. Or, if you fancy more of a hardcore challenge, just go for it wherever you want. It’s totally your call – you’re the boss.

It may seem like a whole lot of hard work, but building your very own maze in Minecraft can be really fun and satisfying.

Whether you’re going for a simplistic design or a labyrinthian masterpiece, mazes are enjoyable to construct and entertaining to try and solve, too. And if you’re feeling particularly dastardly, then why not throw in a few traps to spice things up.

I mean, nothing says Friendship like a set of deadly boobytraps, right? Your friends will absolutely love (read: hate) you for it.

Collect All The Music Discs

While the music in Minecraft is already god-tier thanks to C418‘s haunting and chill piano melodies, it’s always cool finding the unique bonus songs scattered throughout the game.

In all, there are thirteen music discs to collect and you can usually find them in various chests within dungeons, bastion remnants or woodland mansions. Once you finally obtain them all, don’t forget to craft a jukebox, though. Then, sit back and relax while you bask in the musical glory of your newfound treasures.

If you’re an animal lover (I mean, who isn’t?), then perhaps designing and constructing your very own zoo may be exactly what you’re looking for.

Of course, building your own menagerie of beasties within the safety of Creative Mode would be way easier. So, if you’re after more of a stiff challenge, why not give it a try in Survival Mode?

We’d recommend planning and assembling the walls of your buildings before introducing your cheeky critters, though. The last thing you want is for them to all escape and attack your visitors. I mean, you’ve seen Jurassic Park, right?

Challenge Your Friends To A Game Of Manhunt

First popularised by YouTuber Dream, Manhunt is a refreshing variation on Minecraft’s speedrunning formula. The twist? Instead of simply beating the clock, the runner must try and survive as a handful of hunters chase them down to assassinate them.

As a hunter, you’ll be able to respawn as much as you like, so getting killed isn’t a huge issue. However, as the runner, you’ll only have one life, so make sure to use it wisely.

Vanilla users of Minecraft may find this next part troublesome: Hunters usually carry a compass that point them in the direction of the runners. On PC, it’s straightforward. On other platforms, it can be awkward to implement. Thankfully, there are a few workarounds that can help you with this.

Honestly, Manhunt is a pretty intense game mode. As a result, only the hardcore need apply. Good luck!

Challenge Your Friends To A Minecraft Build Battle

One of the first minigames to become popular in Minecraft were Build Battles and it’s easy to see why. Not only are they easy to set up, but they’re also a really fun way of expressing yourself, too.

Of course, rules can vary from player to player, but the main concept is this: after building a wall between you and your friends, all agree on a theme and a time limit. Anything from an animal, a landmark, or even a type of food is fair game for a suitable theme. You can use your imagination.

Next, have a go at constructing said theme in the agreed time limit. Obviously, don’t forget that time is of the essence, and try your best not to overcomplicate your build. With that, you are now an official Minecraft build battler. The world is now your oyster.

Try To Unlock All Trophies and Achievements

If you’re a fan of virtual trinkets, then why not take on the all-important quest of unlocking all of the trophies or achievements in Minecraft?

You see, not only do trophies and achievements give you a finite goal to aim for, but you’ll also receive a wee pat on the back from the game as well.

Plus, Minecraft has an extremely fun trophy and achievement list that isn’t too difficult. Just make sure you bring a friend for the ride ’cause On A Rail can be a bit of a grind on your lonesome. You’ve been warned.