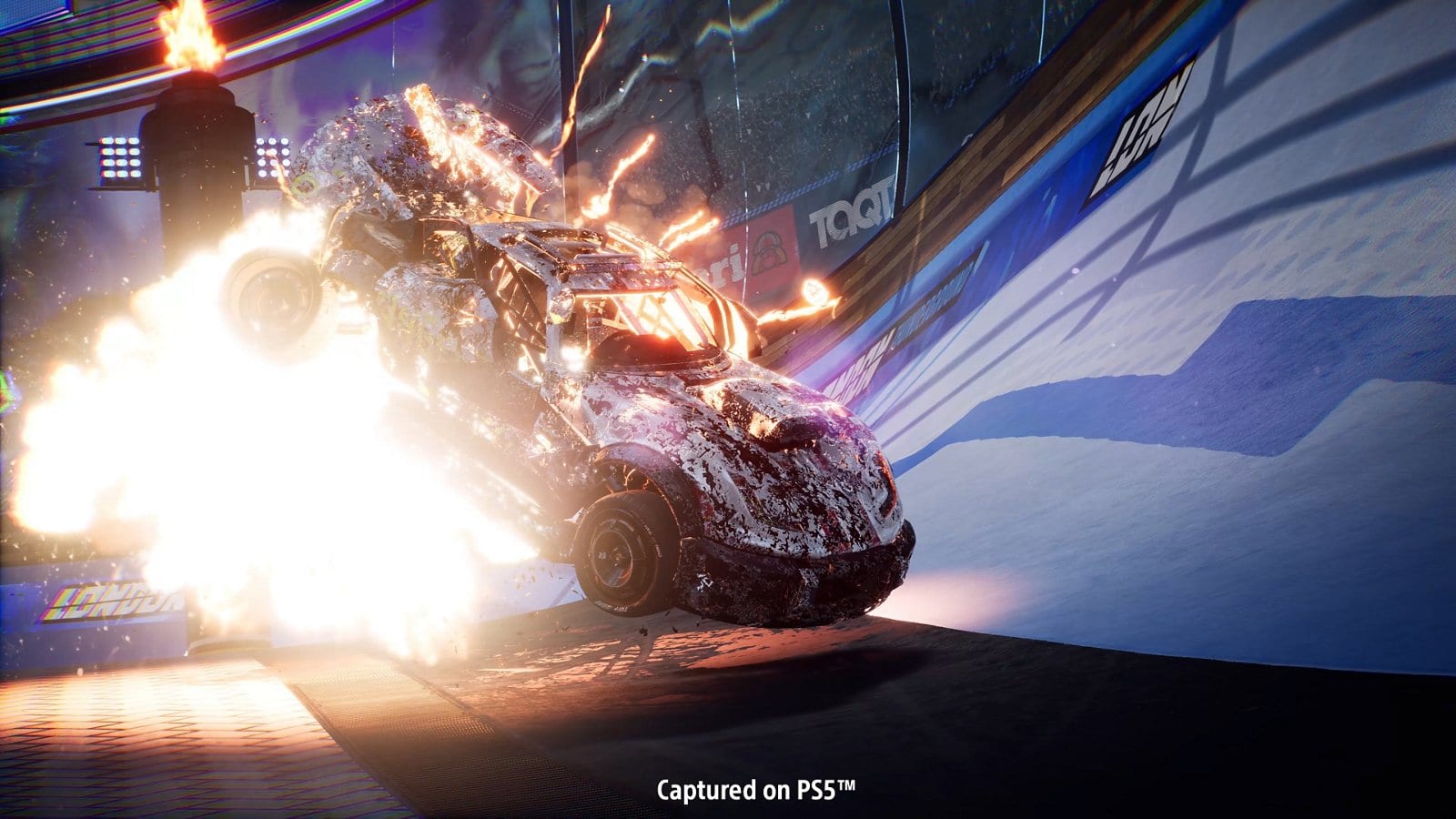 Destruction Allstars, the arena car combat game, has finally launched and is free for PlayStation Plus subscribers. Since it’s an online focused game, you’ll be fighting off against other players from around the world. If you’re getting annoyed by all the talking, here’s everything you need to know about how to mute other players in Destruction Allstars.

Since Destruction Allstars is a PS5 only game and every DualSense controller has a microphone built into it, every player can talk to everyone in their lobby, either intentionally or not.

While that may be a good idea in theory, it’s not so great when all you can hear is babies crying, pots and pans smashing together, and Timmy being called by his mom while you’re trying to smash other cars to pieces.

How to Mute Other Players in Destruction Allstars

From in the game itself, you cannot mute individual players. You cannot bring up any scoreboard and press a button with a particularly loud person highlighted to shut them up. The only thing you can do is mute the whole lobby.

Then, all you need to do is press square to mute the whole lobby and stop all the annoying sounds coming from your controller. Also, it’s worth pressing the small button below the PlayStation button to mute your own microphone if you’re not actively working with other players. When it turns yellow other players won’t be able to hear you.

That’s everything you need to know about how to mute other players in Destruction Allstars. For more tips and tricks on the game, be sure to search for Twinfinite.