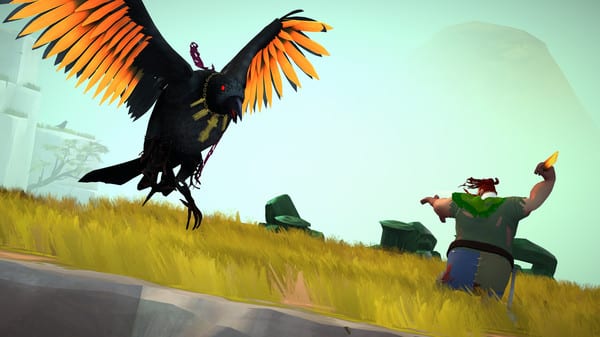 In Gods Will Fall, you’ll be tasked with leading eight warriors to victory over the gods that have been wreaking havoc over their world. One of those bosses is the giant crow-like creature, Morrigan. Here is everything you need to know about how to beat Morrigan in Gods Will Fall.

The God of War Realm

Like every other god in the game, the first thing you’ll have to do is make your way to the boss in order to defeat them. Morrigan’s domain can be found at the very top left of the map, indicated by the bird symbol.

Head over and choose the warrior you want to head in. I decided to rely on one of my faster characters, as it’ll help you with dodging later on in the boss fight.

Make your way through the dungeon and defeat the enemies in your path. You’ll get an option to improve your weapons in the forge. This option can be a little risky, as it can also lower your item’s stats, so don’t do it if you already have good enough stats on them.

Eventually you’ll come to an open area and Morrigan will appear.

How to Beat Morrigan in Gods Will Fall

Unlike a lot of the bosses in Gods Will Fall, you can’t just run up to Morrigan and spam attacks to try and get their health down, as they guard themselves with their wings. The only way to do damage is to wait until they fire off their attack.

Dodge the knife-like feathers and you’ll notice that you have items that can be thrown back at Morrigan lying on the ground. Pick them up with R1 and hold down R1 + the heavy or light attack buttons the next time Morrigan goes to attack this same way.

If you connect with your throw, this will stun the bird god. Get as many strikes in as you can and then retreat back to a safe distance.

At one point, another phase will be added where Morrigan takes off and flies out of sight. They eventually come back, attacking with an unlockable, unparryable move.

Instead of trying to defend against this, simply dodge it. You can see where they are going to attack right before they do so via their shadow on the ground.

Keep this up for a few rounds and Morrigan is as good as a goner.

How to Beat Morrigan in Gods Will Fall:

That is everything you need to know about how to beat Morrigan in Gods Will Fall. For more general tips and tricks, be sure to check out the rest of Twinfinite, as we’ve got plenty of other helpful guides to help get you through the game.