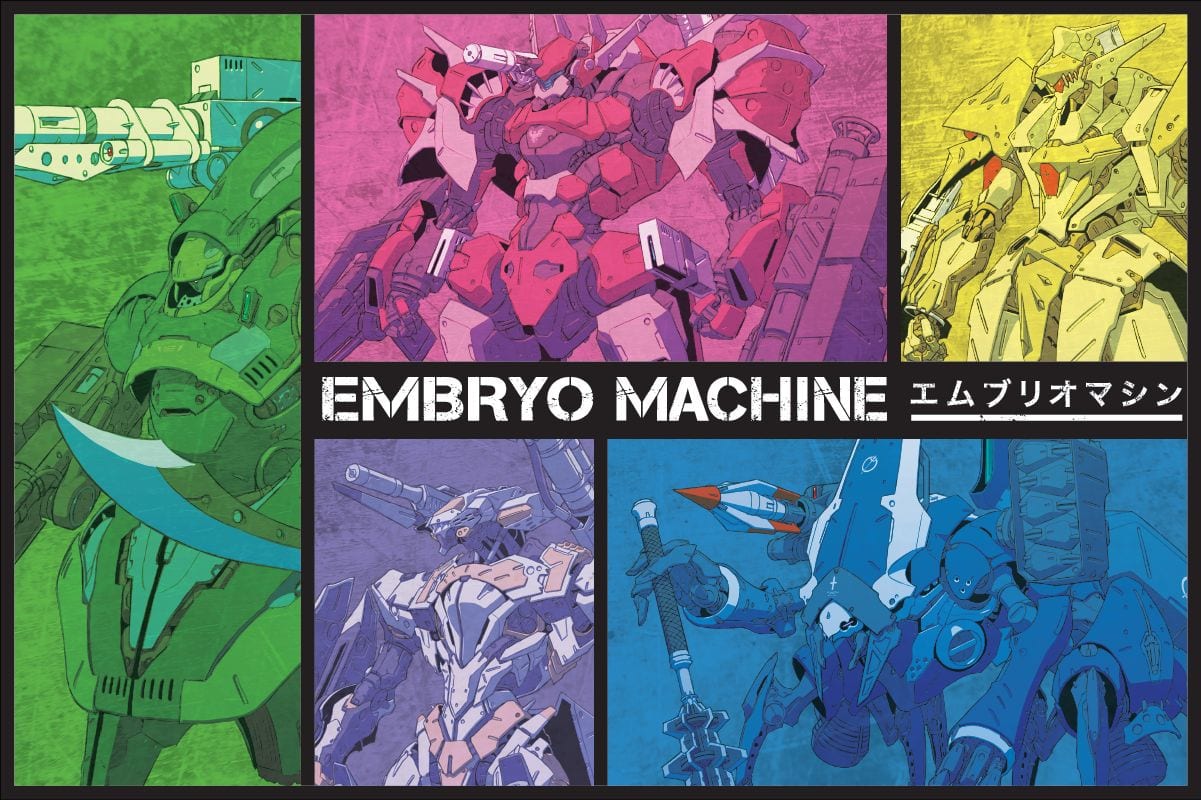 The publisher announced that it intends to localize the popular Japanese tabletop game Embryo Machine by Cosaic.

The localization will be funded via Kickstater, with a campaign that will start in February 2021.

If you’re unfamiliar with the game, it supports from two to six players and it’s played on a modular board with the aid of a dedicated deck of cards.

You can see a few images of the mecha and the localization below, alongside an official description.

“Embryo Machine is a competitive tabletop mecha combat game from longstanding Japanese design studio Cosaic (Demon Worker, Zombie Tower 3D). In Embryo Machine, up to six players engage in action-packed free-for-all or team-based showdowns making use of the game’s grid battlefield and the cards they draft. Players start each game by first choosing which mecha—called Embryo Machines, or “EMs” for short—they’d like to pilot, according to their playstyle, and then utilize a deck of cards unique to their EM that comprises all of their unit’s equipment and attacks.

Once players have their EMs set up, they then build the battlefield using the modular board that comes with the game. On the board are wide open fields, bottlenecks, stat-altering terrain, and various other obstacles to contend with. Players then position their EMs on the field using the two-sided custom standees, which feature each Embryos’ art, and prepare to maneuver around the battlegrounds.

Play in Embryo Machine is fast-paced, leaving little room for downtime. This quick-playing approach is accomplished through the use of the game’s simultaneous action selection system wherein players reveal the movement of their EMs, as well as their actions, at the same time as one another. Having to predict your enemy’s movement and incoming assaults are part of the complex yet seamless strategy of the game.Embryo Machine is a great game for both newcomers and veterans of the skirmish genre. Each Embryo Machine unit has a Basic version and an Advanced version—with the former being a more simplified, streamlined version while the latter is a more complex one—thus allowing for casual and competitive matches.This play pace lends itself well to the game’s theme too, providing players with the feeling of piloting giant mecha at breakneck speeds across lush vistas, dodging attacks and firing off shots in quick succession; the type of action you might see in shows and games like Gundam, Evangelion, and Armored Core.Everything you need to play Embryo Machine—be it casually or competitively—comes in one box; there are no other purchases necessary. This explains why the game is rather dense despite coming in a fairly compact case. Weighing in at 2.5 lbs, Embryo Machine is packed with thick, durable, and high-quality components that will undoubtedly survive many a night on the table!

In the world of Velm, endless warfare pits major and minor powers in a continuous struggle for dominance. Neither magic nor monsters exist in Velm, but the land harbors something equally frightening – titanic humanoid machines that rule the battlefield. Excavated 40 years ago and now fully operational, these Embryo Machines will be your superweapon in the fight to claim Velm as your domain!”

A work-in-progress version of the manual can already be downloaded here.

New Season of Black Mirror Reportedly in Development at Netflix