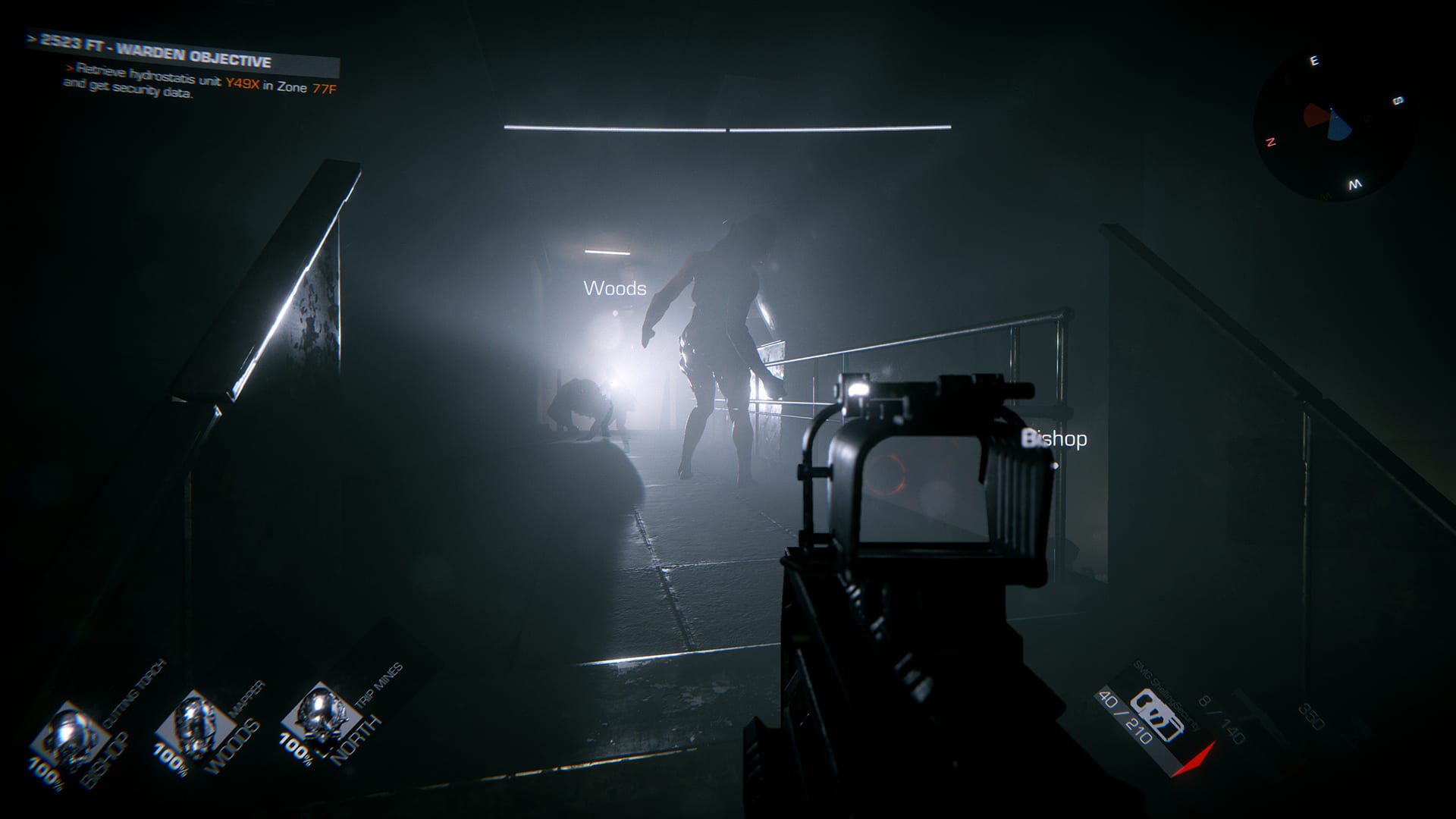 Developer Talewords’ Mount & Blade II: Bannerlord has been a long, long time in the making having first been announced way back in 2013, and it’s still not finished! Still, the Early Access launch in 2020 has been a major triumph, and I’m certain it’s on track to becoming an absolute masterpiece and one of the best early access games of 2021.

Bannerlord expands on everything that made its predecessor, Warband, so beloved, with its engaging combination of huge, sprawling real-time combat played from third-person and an empire-building strategy loop managed from an overhead campaign map.

It’s a sandbox experience through and through, tasking you simply with building up your clan’s reputation and either pledging to a kingdom or creating your own. That said, there’s also a light story to follow along as you go which helps to focus your adventure.

Since launching in Early Access, Talewords has worked at a breakneck pace to deliver plentiful updates and support, and their content-plan moving forward is ambitious.

Even now it’s good for literally hundreds of hours of entertainment, but otherwise, keep it on your radar as it makes a transition to a full release this year.

GTFO has been on Twinfinite’s radar since E3 2018 where we got our very first taste of its scintillating co-operative gameplay, and then during a later preview event ahead of its Early Access launch.

GTFO is perhaps best described as Left for Dead meets Aliens. You and three other buddies are tasked with escaping different sections of an eerie underground bunker known as The Complex, where zombie-like creatures lurk in hoards.

GTFO’s very first public build featured only a limited number of “Runs” to tackle, but new content has consistently been delivered from the small team at 10Chambers Collective, who has worked tirelessly to keep its thriving community satiated.

If you like a hardcore, edge-of-your-seat-style gameplay experience that demands plenty of teamwork and quick decision-making then you’ll find an already brilliant game in GTFO’s Early Access build. Expect its full launch later this year to generate a lot more interest, too.

For a series as popular as Pokemon, it’s strange to think that so few developers have really tried to emulate its creature-collecting gameplay loop with their own spin on things.

But with Temtem, developer CremaGames has done exactly that, iterating on Pokemon’s beloved design to produce a highly entertaining MMO set within a compelling open-world.

On the surface, Temtem is similar to Pokemon to the point of parody, but the complexity of the gameplay experience really sets it apart. Most battles are a 2v2 affair, with each pairing of your creatures resulting in different synergies that have unique effects in combat.

The design really encourages experimentation, and because there are so many different combinations, the battle system doesn’t ever feel monotonous in the way Pokemon games often do.

Creature designs are perhaps not quite as inspiring as Nintendo’s popular franchise, though, and the overall polish isn’t on the same level, but I expect Temtem to continue improving throughout 2021 as it nears a full launch.

For those who enjoy a combination of stealth, survival, and superb FPS gunplay, Chernobylite is a hot prospect that’s already enjoyed by a thriving community of players and is absolutely worth keeping on the radar in 2021.

In many ways, Chernobylite is a spiritual successor to the S.T.A.L.K.E.R series, though it stands apart with its own mission-based structure, and even incorporates a Fallout 4-esque building mechanic.

As you’ll have worked out from the title, the story takes place in the now-destroyed Chernobyl Power Plant as you play the role of an ex-employee investigating the mysterious disappearance of your beloved.

Developer The Farm 51 has been extremely active in providing regular development updates and delivering a fairly consistent string of updates.

There are still plenty of bugs, of course, and there’s plenty of polishing to be done ahead of a full launch, but the content that’s already on offer is well worth getting involved with now for those who typically like games within this genre.

The popularity of survival games has exploded in recent years, so you’re unlikely to be wanting for choice when it comes to choosing a good one.

Still, for fans of medieval history, Medieval Dynasty’s ambitious design is exciting not only because it offers a truly immersive survival experience for a single character but a whole community of settlers.

Like many other survival games, Medieval Dynasty starts small; your first port of call is to build yourself a small house and fashion a means to live — you craft some tools, chop some wood, and forage for food as a humble peasant. Before long, though, the scope of your initiative expands drastically as you seek to establish a sprawling new settlement full of NPCs.

It’s made easy thanks to an intuitive building mechanic that allows you to erect new structures and defenses, clear land for agriculture, and more using the resources and tools you’ve found along the way. Of course, standing in your way are the unpredictable elements and harsh wilderness.

One caveat to keep in mind is that Medieval Dynasty is still very much in the early stages of its Early Access, so it’s lacking a fair bit of polish. In fact, it’s more or less an alpha build right now.

The potential here is obvious, though, and those enamored with the genre are likely to want to get involved for the long haul.

There’s no way you could write a list of promising Early Access games and not include Baldur’s Gate 3, the long-awaited sequel to one of the RPG genre’s most beloved and highly regarded franchises.

Unlike the original games, this latest project is being handled by Larian Studios, the esteemed developer behind the Divinity Original Sin series. It’s a match made in heaven, honestly, even if the change to a turn-based combat system hasn’t been well-received by every fan.

But certainly, if there’s one studio that knows how to create a deeply engaging Dungeon’s and Dragons video game, it’s Larian.

It has well-earned a reputation for delivering engrossing progression mechanics, top-notch writing and quest design, and all the attention to detail required to build a truly immersive game world.

For the most part, Baldur’s Gate 3 already lives up to that hype, and the future looks very bright for the game as it moves toward a full launch this year.

If you fancy some entertainment to help you unwind after a long day, Towscaper is the ultimate video game chill session. It’s essentially a creation suite that encourages you to just sit back and build pretty towns without any real purpose in mind except letting your creativity flow.

Refreshingly, there’s no harsh learning curve or complex menus to learn before you’re properly underway here — it’s incredibly intuitive, and the physics-engine in which it’s built makes each construction look more like a work of art than a feat of engineering.

You simply push and pull the structures, contorting them into new shapes as your metropolis springs to life from a watery base. There’s something extremely therapeutic and soothing about watching it all unfold.

Townscaper’s community seems really friendly from what I’ve observed, encouraging its members to share their creations and offer feedback to help developer Oskar Stålberg guide the future direction of the game as it moves toward a full launch.

If you like your video games spooky then Phasmophobia is a psychological horror experience you’ll want to keep on your radar.

In this terrifying simulation, you and your team of paranormal investigators wander the eerie confines of various haunted locations gathering evidence of paranormal activity.

Particularly so, if you’re brave enough to strap on a headset and experience the whole sweaty nightmare in VR. And if you need someone to hold your hand, that’s possible too thanks to the game’s four-player co-operative functionality.

One unique feature that also enhances the simulation is voice recognition; Phasmophobia has you use your microphones to reach out to ghosts and spirits in order to make contact with them, and they’ll actually speak back to you in some cases.

Overall, it really does look like a blast to play with friends if you’re in the mood to really role-play and get immersed, and I can see why it’s proved such a Twitch sensation.

If you’re wanting to give it a shot yourself, consider joining its Discord channel and speaking with the community given how much better the experience is with others.