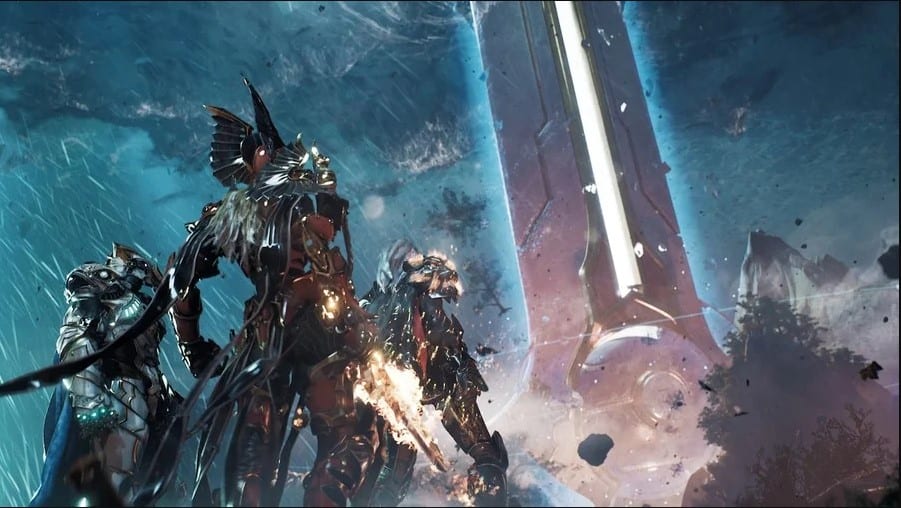 Godfall has released on PC and PS5 as one of the new system’s launch titles. Mixing the type of melee combat you’d see in the likes of God of War with a looter shooter, persistent online experience, Godfall has the action to get you hooked and the compelling grinding gameplay loop to keep you playing for months on end. With the game a console-exclusive to Sony’s next-gen system, some players may be wondering if Godfall is coming to PS4.

Is Godfall on PS4?

No. At this moment in time, Godfall is only available on PC and PS5 and it appears as though this will remain the case for the future.

Is There a Godfall PS4 Release Date?

No, in fact, developer Counterplay Games’ provided a statement to Official PlayStation Magazine UK, confirming that Godfall will not be coming to PS4 (via PSU):

“Godfall is only releasing on next-gen hardware and is console-exclusive to PS5. As we write, there’s no PS4 version of cross-gen up-patching, this one’s genuinely tailored to run only on Sony’s new console.”

Due to the fact that the game has been built from the ground up for the PS5, it sounds like it’s simply not possible to downgrade the game while retaining the same, great gameplay experience. It’s disappointing, but it’s for the best!

Looking for more tips, tricks and coverage on the game? Be sure to search for Twinfinite or check out more of our coverage below.