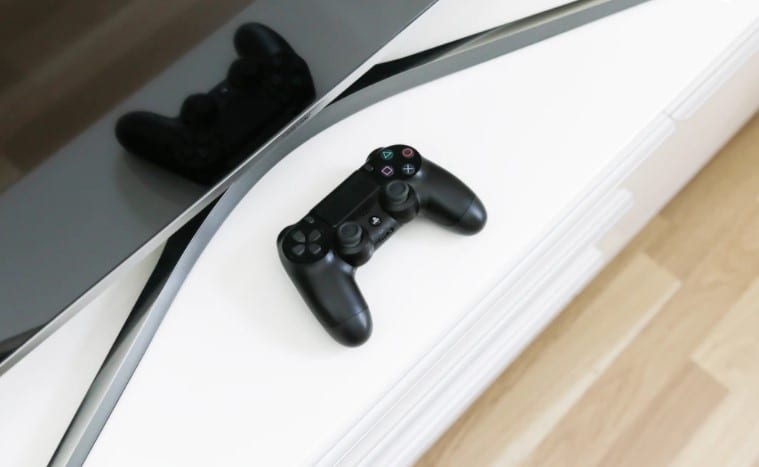 The Samsung Q80T is one of the best LED TVs on the market today and it’s an absolutely stellar choice if you’re looking for a new set to enjoy a next-gen console. Then with a $300 discount at Best Buy and Newegg, there’s not a better Black Friday deal when it comes to LED TVs at this price point.

The Q80T is a QLED TV — not to be confused with OLED — which in layman’s terms means it has an extra layer in the panel that contains “Quantum Dots.” This allows the TV to display much more vivid colors compared to most other LED TVs. It still uses an LED backlight but has much deeper black levels than your standard LED.

And best of all, its gaming performance is nearly untouched when it comes to input lag. The Q80T has four HDMI 2.1 ports that are capable of outputting 4K at 120Hz. And it has FreeSync, which lets the TV match the refresh rate of the console to lessen jarring screen tearing and stuttering.

If you’ve been shopping around for a new TV to go with your PS5 or Xbox Series X, then chances are you already know about the LG CX OLED. The LG CX is hands-down one of the best TVs of 2020. However, it’s little brother, the LG BX OLED, is nearly just as capable for $700 less on Newegg.

The biggest difference between an OLED and LED TVs is that each pixel on an OLED panel is individually lit. That means it can have perfect black levels since no light is emitted from the black parts of the screen. This gives HDR content a striking look that no regular LED TVs can replicate.

When it comes to gaming, the input lag on this TV is less than one frame, so button inputs will happen virtually instantaneously on the screen. It also has four HDMI 2.1 ports which will enable a host of new features on PS5 and Xbox Series X with 4K resolution at 120Hz being the crowning achievement.

Every year, the nine series Sony LED TVs are among the best mid-range TVs on the market. The Sony X900H isn’t quite at the same level as the best QLED TVs, but it’s still a great LED TV. And with a Black Friday deal that takes $400 off the top, it’ll be hard to pass on this sale at Best Buy.

The backlight of the X900H is split up into many zones — the Q80T has this too — which can light up individually. Bright spots shine with this backlight solution while dark spots remain a deep black. HDR content looks great on this set, although not to the extent of what you could get on an OLED or the Q80T.

Input lag isn’t a concern on the X900H and it displays 4K at 120Hz like a champ. The TV will also feature Variable Refresh Rate (VRR) technology on its two HDMI 2.1 ports. VRR tech is essentially the same thing as FreeSync with a different name. The TV also has two HDMI 2.0 ports for even more console connections.

This TV is the next step down from the Q80T in large part because it doesn’t have LED array backlighting. The panel of the Q70T is also slightly less vibrant since it’s a mid-range model. Still, the $200 Black Friday discount on this QLED at Best Buy makes it a fantastic deal.

Despite the fact that this TV is edge-lit, it still has incredible contrast. On top of that, It has decent HDR. Both of these aspects of the TV come together to give the Q70T a fantastic picture considering the cost of the set. But gaming is where this TV shines.

The Q70T is one of the least expensive TVs that has four HDMI 2.1 ports. Thanks to Samsung, you won’t need to worry about plugging your new console into a port that doesn’t support 4k and 120Hz. And just like like Q80T, this Samsung TV also supports FreeSync.

Rounding out the line of Samsung’s QLED TVs is the Q60T. This one is yet another step down in overall color accuracy compared to the models above it, but still an excellent choice for gaming. And you’ll be hard-pressed to find a deal better than this Black Friday price at Best Buy.

While it is a QLED, it’s still a lower-end model, so don’t expect the same picture quality that you would get out of a high-end QLED. This TV isn’t going to become the next reference monitor for movie studios and you’re not going to see tons of reviews for it because it’s not flashy.

But in the end, the Samsung Q60T gets the job done if you’re looking for an inexpensive 4K gaming TV. It doesn’t have HDMI 2.1, but it maintains the fantastically low input lag that the other QLED TVs also have. However, it’s missing the access to FreeSync or other VRR technology that the higher models have.

At this point, you should know what you’re getting. Let’s not beat around the bush and pretend like the TCL S434 at Target will blow your socks off. It simply won’t. The truth of the matter is that you’re not going to find many other Black Friday TV deals that let you pick up a 65″ set for under $250.

Just like other brands, TCL has some excellent TVs in the high-end range. It’s when you get into this budget-friendly space that it becomes hard to speak highly of the way a screen looks. Fortunately, the TCL S434 still offers 4K and HDR. Yet, these are kind of bare minimums at this point.

Despite the mediocre picture you get with this TV, it has features that make it decent for gaming in 4K and HDR. Surprisingly, it has low input lag for a TV that is so inexpensive. Even if it doesn’t look as good as some other screens you at least won’t be at a competitive disadvantage because of this TCL.