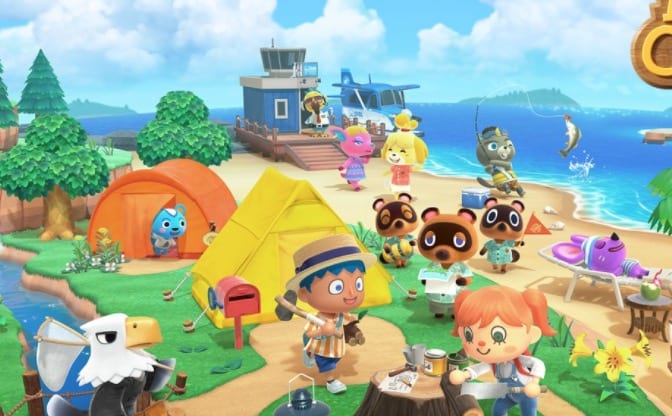 The Turban Shell was first introduced in Animal Crossing: New Leaf for the Nintendo 3DS, once diving became a thing. This shell can now be found in New Horizons by swimming in the water with diving gear. Here’s when it can be found.

The Turban Shell can be found during any time of the day and you want to be on the lookout for small shadows in the water. This one doesn’t move too fast so it shouldn’t too difficult to grab it.

The Turban Shell can be caught just like any other sea creature in Animal Crossing. Just swim towards the shadow in the water and then hit the A button to dive down and grab it.

Once you finally get your hands on the shell, you can sell it to Nook’s Cranny for 300 bells and unlike fish, you cannot sell any kind of sea creatures to CJ for extra cash, which is a bummer.

Hopefully, this guide helped you figure out how to catch Turban Shell in Animal Crossing New Horizons for the Nintendo Switch. If you need more help catching all of the fishes, sea creatures, and bugs, be sure to search Twinfinite. We also have a very extensive Guide Wiki too to help you out.

As always, if you have any questions about this guide, feel free to leave a comment down below and we’ll get back to you ASAP.