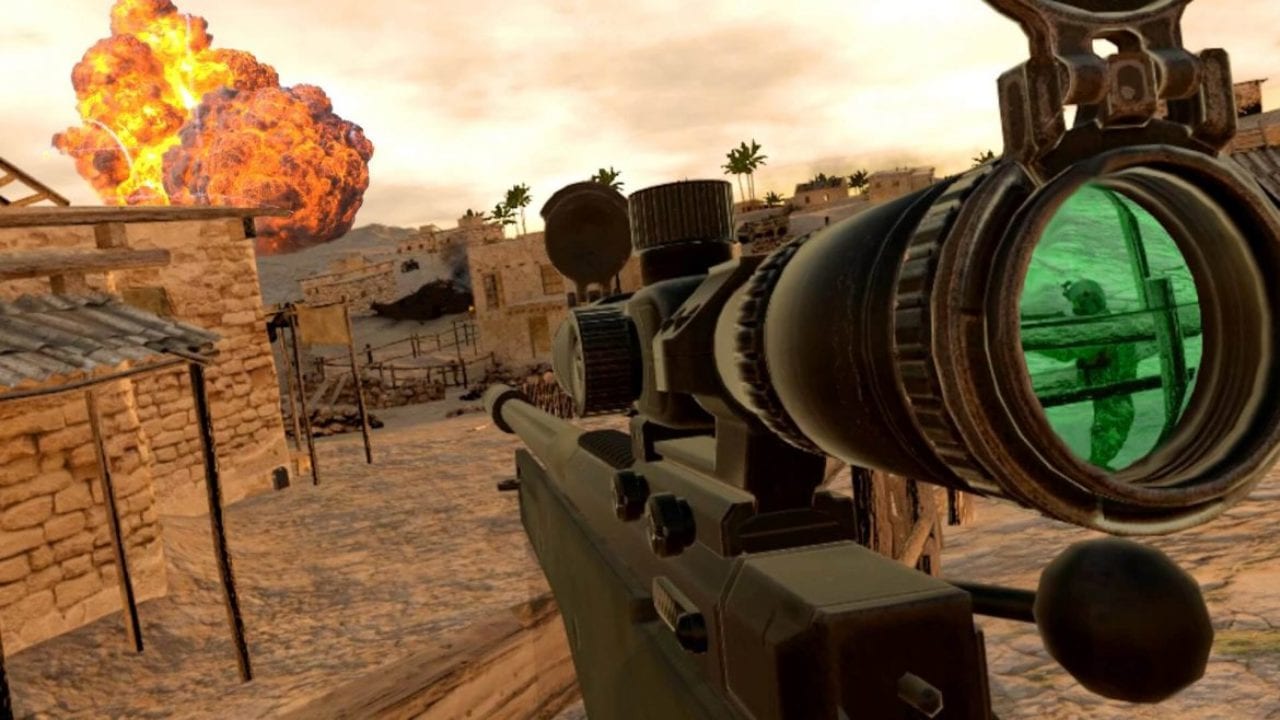 VR’s viability as a mainstream entertainment medium has long been a hot topic of discussion. First, the hardware’s functionality needed to mature, then the price needed to drop, and all the while we’ve been waiting for a so-called “killer app” to see interest in the platform explode in one big bang.

In reality, its momentum looks set to continue in a slow and steady fashion, even despite the launch of AAA titles like Half-Life: Alyx. VR is going to take time to grow, time to nurture niche audiences and evolve them into more substantial playerbases rallied around well-supported games.

Onward, a tactical shooter designed as an ultra-realistic military simulation experience, is one such example. It launched in Steam Early Access for headsets like Rift and HTC Vive back in 2016 where its popularity has been quietly brewing amid glowing reviews from both critics and users alike. Today, it launches on Oculus Quest, the entry-level, standalone VR headset that has long been billed as the platform to take VR’s success to new heights.

In particular, Quests’ cordless design makes it an exciting match for Onward, a game that forces players to treat every aspect of the experience as if it were real-life: magazines are loaded manually, weapons are shot by physically aiming down the sites, and using radio communication requires one to actually to operate the device realistically.

All that in combination with the one-life-per-round game mode makes Onward an intense, challenging experience that forces players to exert themselves in stressful situations.

It’s a unique gameplay experience that only VR is capable of producing, something which CEO of Downpour Interactive, Dante Buckley, spoke passionately about in an interview with Twinfinite last week:

“Being able to interact with other people and have to work together with these new tools is something that I wanted to take advantage of within VR.

Whether it’s sharing ammo with your buddy, communicating on how you want to breach a door, where to throw a flashbang, etc, there are so many cool things that you don’t really get in a standard PC game looking at a screen.

With VR, your whole body is involved, and that’s what I wanted to enforce with the kind of gameplay that onward brings.“

He continued to explain how VR functionality offers developers an opportunity to create compelling meta games out of what would otherwise be basic actions in conventional games.

“I think it adds a lot of depth in terms of game design to have metas within metas. In Onward, there are mini-games within minigames; you could, for example, consider a complicated reload as a mini-game. You have to have the skill to do it under pressure.“

Unlike other games that have either been retroactively made to work in VR or have been built applying the same design rules as conventional FPS experiences, Onward ha been tailor-made for VR as a medium.

It’s the game’s commitment to realizing an authentic military simulation experience through VR functionality that Buckley believes has resonated with its growing playerbase throughout Early Access so far.

“Building a game from the ground up specifically for VR is the right way to go due to the way the input and overall game design is different from something built for mouse and keyboard. You have to think about what you would do in real life, I think.

I feel a lot of AAA studios make that mistake of just coming from that conventional video game background and applying the same rules to the VR. And in those cases, it [the problems] shows in the user reviews — you see players explain that certain things don’t work or that there wasn’t enough playtesting or design interaction, feedback given on lots of choices that were made.”

Onward has grown in Early Access, bolstered by both a passionate community of regular players and a hardcore group involved with its Master League esports programs. Buckley has been delighted to see the sort of unique plays that VR functionality is able to produce:

The hope now is that the game’s launch on Oculus Quest really takes its popularity to the next level, both because its design is so well suited to giving players freedom of movement and because its impressive install base is likely to expose even more players to the game.

When asked about Quest’s success as a VR platform and what it means for the industry segment moving forward, Buckley said:

“The big reason for that (Quest’s success) is because of how accessible it is in terms of pricing and its design. There are no wires; you can play really great games on it and take it anywhere. I think there’s the potential for Quest to explode VR’s popularity through word of mouth, simply because you can take it anywhere.”

Onward is soon to be one of those great games, offering the sort of gameplay experience that had previously been reserved for those with high-end gaming rigs or the enthusiasm to travel to VR arcades to a massive pool of new payers.

It’s the next chapter in the game’s march toward a full release, marking not only an exciting moment for those already involved but also the VR industry as a whole. Is it VR’s “killer app?” Probably not, but then again I think it’s time to move away from the notion of there ever being one single game that proves a watershed moment for the medium.

Instead, Onward is exciting because it’s exactly the sort of software that demonstrates VR’s true potential. Similar to Beat Saber, it’s an example of a game that iterates on an established genre in clever ways to produce a gameplay experience you can’t get elsewhere.

Put simply, it’s another addition to VR’s young but growing library of must-haves that should be on every Quest owner’s radar.

Onward is available to purchase in Early Access via Steam, compatible with Oculus Rift and Quest, as well as HTC Vive, and Valve Index. More information on the game’s key features can be found here. You can check out a new Oculus Quest co-op gameplay trailer launched earlier this week below.