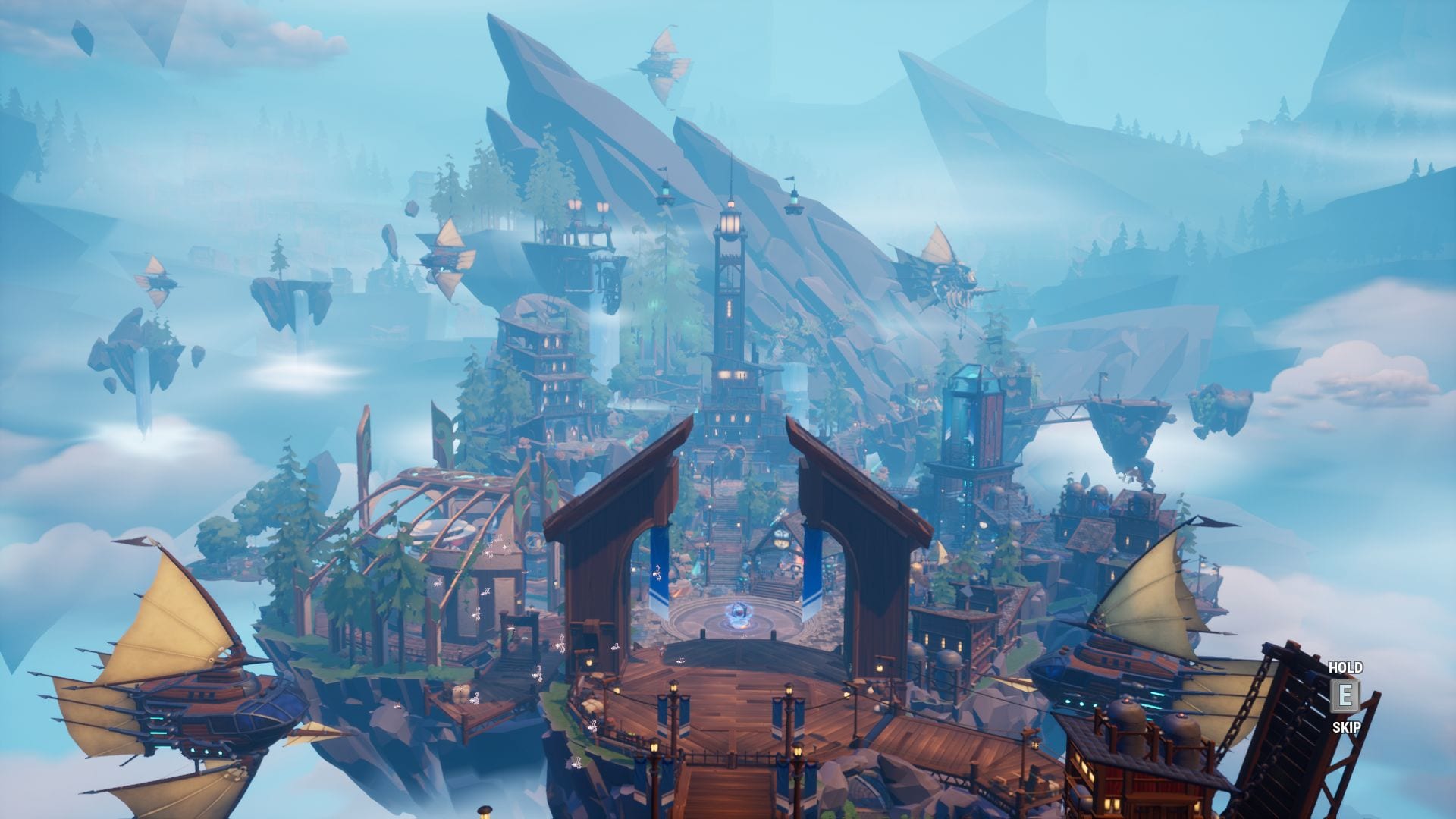 Dauntless’ original Ramsgate felt like an outpost at best. It was fine. It did what it was supposed to do – house all the vendors -, but it hardly felt like a real lived-in city. Everyone was cramped on top of each other and there really wasn’t much to do or see. Get in, grab your stuff, and get on your way.

The new Ramsgate is a proper town now. It’s significantly larger, every major NPC has their own proper and distinct space, and there’s even some nooks and crannies to explore too.

Let’s take a quick tour. Here’s the view when you walk in:

All the NPCs have much more impressive storefronts now:

In addition to just looking more impressive, Ramsgate has other activities such as discovering vistas, lore nodes, and even racing which can be triggered by having players gather around the starting line.

I compare Dauntless to other online, loot-focused games like Destiny, Monster Hunter, Borderlands, etc. Not that they are necessarily comparable in terms of gameplay or value, but they compete for the same type of player’s time that enjoys these kinds of MMO-lite experiences.

All those other games have cool places for players to meet up, hang out, and explore. The old Ramsgate was kind of sad compared to them previously. The new Ramsgate is far more respectable, worthy, and fun to hang out in.

Dauntless‘ latest patch covers a lot of ground such as including a new offering for PS4 and Xbox Game Pass players and significant updates to Escalation including its rewards.

However, the other major change other than Ramsgate’s overhaul that will likely be the highlight for many players is the rework to swords. Swords have new attacks, combos and special abilities.

I was able to get a little bit of a feel for the reforged sword in the PTR, although I had to play solo which wasn’t ideal.

It’s definitely more fun and complex to use than it was before, that much is for sure.

When using a sword now, you build up a resource called Valor by executing basic combos which you can then expend to charge up your abilities and moves to become more powerful such as stronger combos, leaving behind AoE damage pools, and long-range dash attacks.

The key is that you have to complete the basic combo in order to generate Valor. Just spamming attacks won’t do anything for you, which prior to the rehaul, was a common way to use the sword. So if the goal was to stomp that out, mission accomplished then.

It’s important that I mention that I’m not a Dauntless endgame expert, so I don’t want to extend my commentary too much further than, “it’s more fun to use.”

It’s definitely an interesting improvement over the very vanilla old sword as far as it just being more enjoyable goes. I’ll let more experienced Dauntless players in the community be the judge on how it holds up against difficult encounters.

All of this will launch today with patch 1.3.3 alongside the Clear Skies Hunt Pass. If you’re a dedicated player, you’re probably already all over it so let us know what you think below.

If it’s been a while since you’ve played, now might be a decent time to give Dauntless another go and see if you like what Phoenix Labs have done with the game.