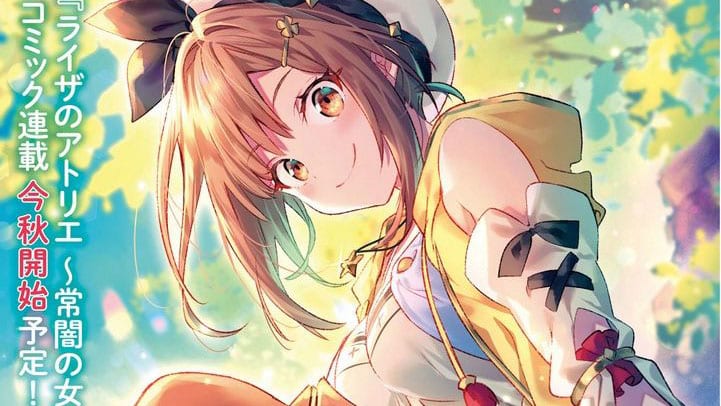 If you loved Atelier Ryza: Ever Darkness & the Secret Hideout, the latest issue of Weekly Famitsu included an interesting announcement.

The game will receive a manga adaptation that will be serialized on Famitsu itself starting this fall.

The art will be by Riichu, whom you may know for Shinomiya Kouta Still Can’t Die -Border Of The Dead-.

Below you can check out the first illustration, directly from the magazine.

If you’re unfamiliar with Atelier Ryza: Ever Darkness & the Secret Hideout, it originally released in Japan for PS4 and Switch on September 26, 2019.  It then launched in North America on October 29 and in Europe on November 1 for PS4, Nintendo Switch, and PC via Steam. It’s the best-selling Atelier game of the history of the series, for obvious reasons.

Here’s a brief summary of the story directly from Koei Tecmo.

“The Main Character Is Ryza, An Ordinary Girl.
Tired of boring village life, she escapes the village to gather with her good friends in a secret location to talk of their dreams and plan thrilling adventures.

One day, the determined Ryza and company decide to head for the forbidden “island across the shore” as their first exploration trip.
Together with the alchemist and other friends they meet there, they have a “summer adventure” that they will never forget.”

Incidentally, today we saw a full reveal of Atelier Ryza 2: Lost Legends & the Secret Fairy, showcasing a new trailer, the first screenshots and artwork, and the first details.

It’ll come this Winter to the same platforms as its predecessor.