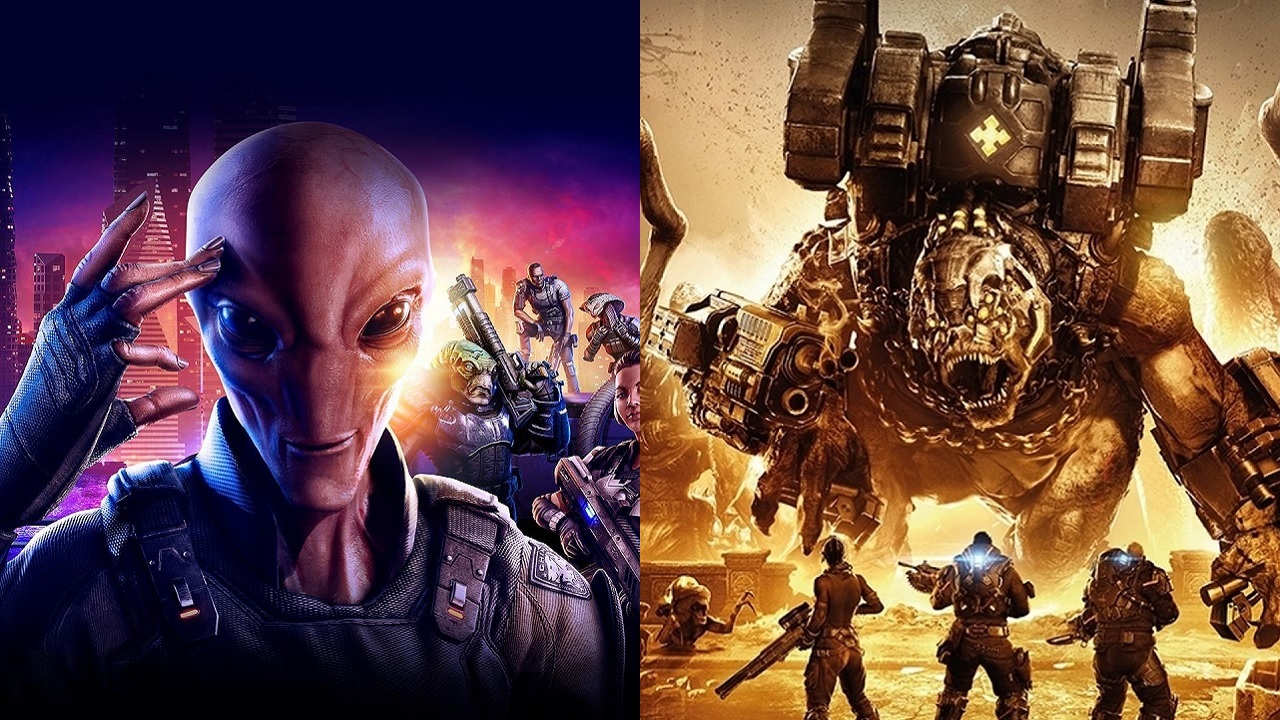 Turn-based tactics gamers are getting spoiled so far in 2020, with not one, but two major releases coming out in the last month alone. The first is likely on every strategy fan’s list, XCOM Chimera Squad. Gears Tactics is no slouch, though, as the debut strategy game in the franchise is attracting fans from inside and outside the genre alike.

While both games may be great, this begs the question as to which one you should get if you can only pick one: the veteran, XCOM Chimera Squad, or the spin-off newcomer, Gears Tactics. Find out which title we’d recommend based on our experiences with their story, gameplay, and replayability below.

For both series, the plot revolves around an “aliens vs. humans” conflict, as each human race must overcome an evil combatant to save their world. The main difference you’ll find narrative-wise is that one is a sequel, and the other is a prequel.

Set as a sequel to XCOM 2 War of the Chosen, XCOM Chimera Squad picks up right where players left off. You’ll control a mixture of humans and aliens, working together as a team to help maintain the peace of City 31.

Just like other games in the franchise, XCOM Chimera Squad’s story plays it safe, sticking to a linear structure that serves its purpose. Customizing your team’s look, character names, and other aesthetics is where the real fun comes in, as you’ll do your best to keep the characters you’ve named –likely after your friends in real life– alive in a permadeath atmosphere.

On the other hand, Gears Tactics follows an established group of characters, with supporting, customizable red-shirts sprinkled in throughout as well. These characters work together to fight off the Locust, featuring another gritty story that Gears fans are sure to love.

Luckily, you don’t have to be a fan of the series before Gears Tactics to enjoy the story either, as it takes place first on the timeline of events in the Gears of War universe.

If there is one drawback to the campaign’s otherwise solid storytelling, it is that the side missions feel like they’re added on last minute to pad the runtime.

When comparing the two, Gears Tactics has an edge when it comes to story. Even though I really enjoy the new alien-humanity community and plot in XCOM Chimera Squad, it still doesn’t compare to the hardcore cinematic experience that is the battle against Locusts horde.

This category is undoubtedly a tough one to compare, as it’s a test of innovation and dependability.

In Gears Tactics, gameplay is new and surprisingly deep. Large branching skill trees and cases that give out stat boosts are just a few of the features the Coalition developed strategy title offers.

Thanks to the grit and gore home to the series, executing attacks in Gears Tactics is immensely satisfying, too. Whether you’re using a Vulcan Minigun or the Lancer, every successful kill is a reminder of why the franchise stood out in the first place as a first-person shooter when it debuted in 2006.

Gears Tactics likely wouldn’t have a leg to stand on if it wasn’t for the foundation provided by the XCOM series, though, would it?

XCOM Chimera Squad proves it’s one of the best strategy series out there once again by boasting incredibly polished gameplay that somehow manages to improve upon the previous installment. Alongside everything we loved in XCOM 2 War of the Chosen, the newest chapter has a ton of variety when it comes to the characters you use.

Depending on your loadout, you’ll be able to combine attacks –like lifting enemies out of cover– to deal hefty damage and give you the edge in combat. Couple the new attacks with the addition of tactical breaches (which are so damn fun to use), and it might be safe to say that Chimera Squad has the best gameplay of any XCOM game so far.

As someone that has put well over 300 hours into his favorite strategy game, I can assure you that the genre is home to some of the most replayable games on the planet. Out of XCOM Chimera Squad and Gears Tactics, only one fits that bill.

Despite a linear, straightforward storyline, XCOM Chimera Squad is extremely replayable. Different builds, difficulty settings, and customizable elements make it so that no two playthroughs feel the same.

The 20-hour average campaign length also fits right in between too little and too much perfectly.

Comparatively, Gears Tactics’ similar game length felt like it dragged on the back end. While the numerous different skill trees that are explorable are fun, there isn’t anything I experienced from one that made me want to experience the campaign all over again.

Even though I enjoyed the majority of it, one playthrough was pretty much all I wanted out of Gears Tactics.

Considering the game I’ve played 300 hours of is XCOM Enemy Within, it shouldn’t come as too much of a shock that I think XCOM Chimera Squad is the more replayable of the two games here.

I can’t lie and say that I don’t love both of these games. Each offers its own unique approach to tactics-based strategy that will undoubtedly help move the entire genre forward.

Picking between the two, though, XCOM Chimera Squad does narrowly win out. Even as a sequel, the varied gameplay mixed with its endless replayability makes it accessible to just about anyone.

On top of that, the fact that it is $30 cheaper than Gears Tactics also makes XCOM Chimera Squad that much more appealing to gamers on a budget.

We should note that if you do already have Xbox Game Pass on PC, then Gears Tactics is going to be your answer, as it is free on that platform.