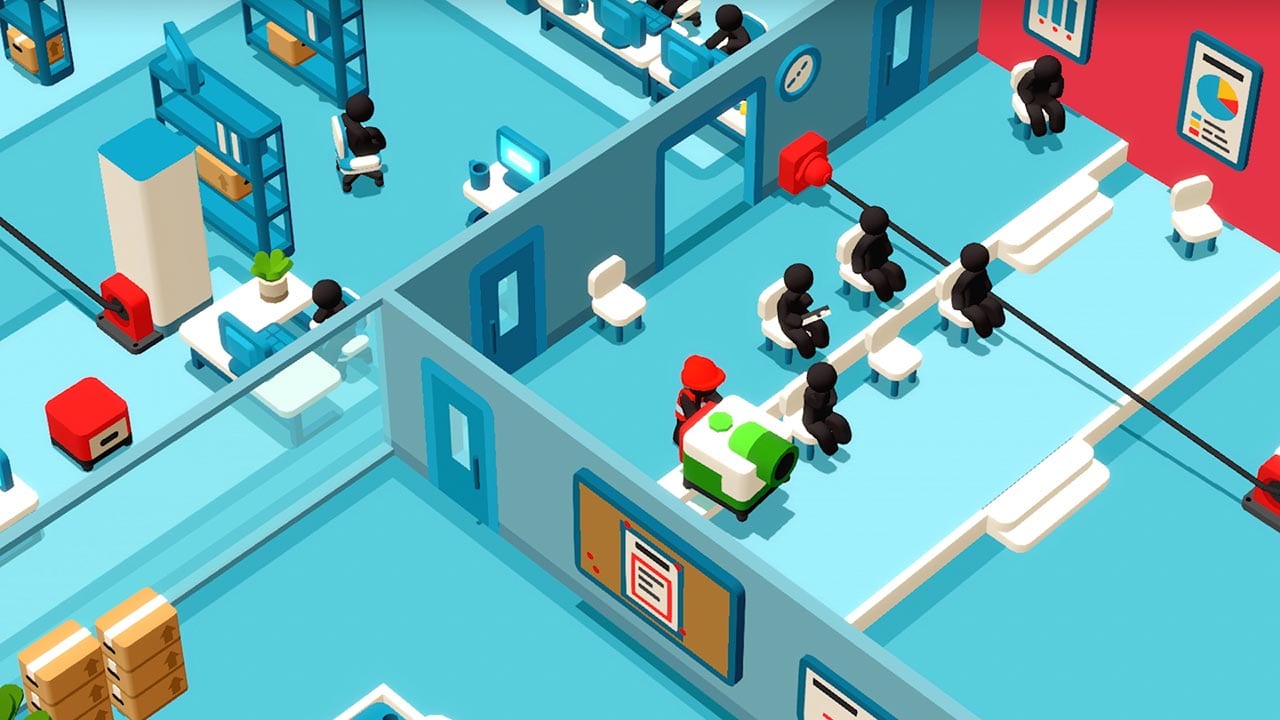 Good Job! was a game that was introduced to the world just a few days ago during the unexpected Nintendo Direct Mini, when it shadow-dropped onto the Switch eShop without much fanfare at all.

Good Job! is an indie title developed by Paladin Studios and published by Nintendo. This puzzler has the player controlling a child of a big-time CEO. He lets his kid into the corporate office to take care of some tasks with each stage representing a different objective.

The visual style can be compared to those stick figure flash animations that we all used to watch back in the day and because of its wacky physics engine, actually completing these tasks can be quite hilarious but most of the time, it’s just frustrating.

When you first start the game, you’re tasked with simple jobs like having to plug in a projector or round up missing employees back into a private room meeting. You’re given a fairly small area to explore but each one is filled to the brim with interactive objects.

And since there are multiple ways to go about each objective, this is where chaos ensues. You can completely decimate the office-themed levels by throwing couches, launching a printer into the walls, dropping heavy objects on things, or just blowing something up.

There’s a lot of ways to go about the tasks and it’s very hard to go about these things without breaking literally everything in your path. If you do break something though, an amount of money shows up on the screen and at first glance, I assumed that you would be rewarded for breaking objects while completing missions just because of how the icon appeared.

But after getting low scores on several of the first stages, I soon realized that the game was docking me for breaking objects, which seemed counterproductive.

While playing Good Job!, it felt amazing and super-satisfying to break holes in the wall, drop shiny trophies on the ground, and cause utter destruction.

Because of how neat the physics engine is and how objects in the level are positioned, it feels as though the game was pushing me to break objects and to experiment with my surroundings, but it actually punishes you instead, which was unfortunate.

In every single level, I was just wanted to mess around and break everything in sight while also completing the task to amass a huge score, but that wasn’t the case here.

The level objectives themselves just felt samey after playing the stages on the first few floors. It was either having to find a way to get somewhere in a level or roundup employees and having to figure some of the methods out took quite a bit of time for me.

Also, the controls can feel a bit stiff at times and even unresponsive. I wasn’t sure if the movement was done like that on purpose to fit the game’s theme or not, but either way, it doesn’t feel great to play.

The game doesn’t do a great job of telling you how everything works and what can and can not be interacted with and I found it super frustrating. There were multiple occasions when I would find myself stuck on a level, thinking that the game was glitched but it was just me not figuring out how things worked in Good Job’s world.

Even with those issues, I had a little bit of fun messing around in this little office building of a video game. I do want to mention that there is a local co-op mode for you and a friend to try out which would more than likely be more fun than playing alone.

While I did get annoyed frequently at some of the puzzles, I did find myself giggling sometimes to something funny that had happened that I didn’t expect or when I launched one of the workers through a glass window.

Good Job! throws some surprises at you in the first hour or two of the game but once you play it for longer than that, it all starts to feel bland and samey.

It’s not one of my favorite indie puzzlers on the Switch right now but if you’re someone who wants a quick and silly physics-based game to play with a friend, it’s fine for that but I wouldn’t rush out to buy it. 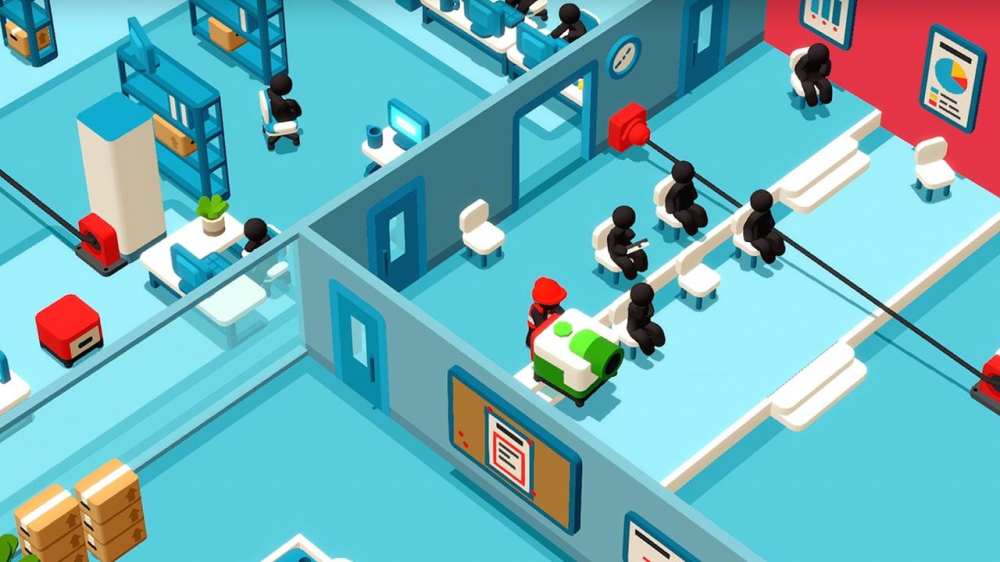