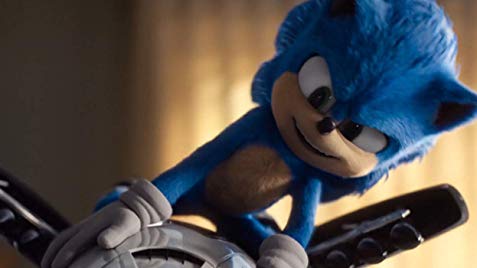 Sonic’s always been one to get to his destination sooner rather than later, and it’s looking like his movie’s digital release is following suit. Joining other efforts to encourage people to stay at home during the current pandemic, Sonic the Hedgehog is debuting early for purchase on Digital March 31, 2020 from Paramount Home Entertainment. This lightspeed turnaround means that it will have gone from theaters to digital in a mere 46 days – an impressive feat, even for the Blue Blur.

The Sonic movie’s had a bit of a strange roadmap since its initial announcement. After the universal rejection of Sonic’s “realistic” design shown in the original trailer, the film was sent back to the workshop to rework the Blue Blur’s look. This resulted in a delay that pushed the film back quite a bit, with promises that the rework would avoid the ever-controversial forced crunch time issues.

Eventually, a new trailer dropped featuring a vastly-improved redesign, and fans went from disgusted to pleasantly optimistic. Now, since the movie’s release date, the Sonic the Hedgehog movie has become the highest-grossing video game movie, beating out last year’s Detective Pikachu. That’s not bad for a movie that once drew comparisons to the noted disaster that was Cats (2019).

While the on-demand digital version of the film will be releasing at the end of March, the physical release is a bit further out. Blu-Ray and 4K UHD editions of the film are currently slated to hit the market on May 19.

Looking for more Sonic movie content? Check out our ideas for how the sequel could be even better.