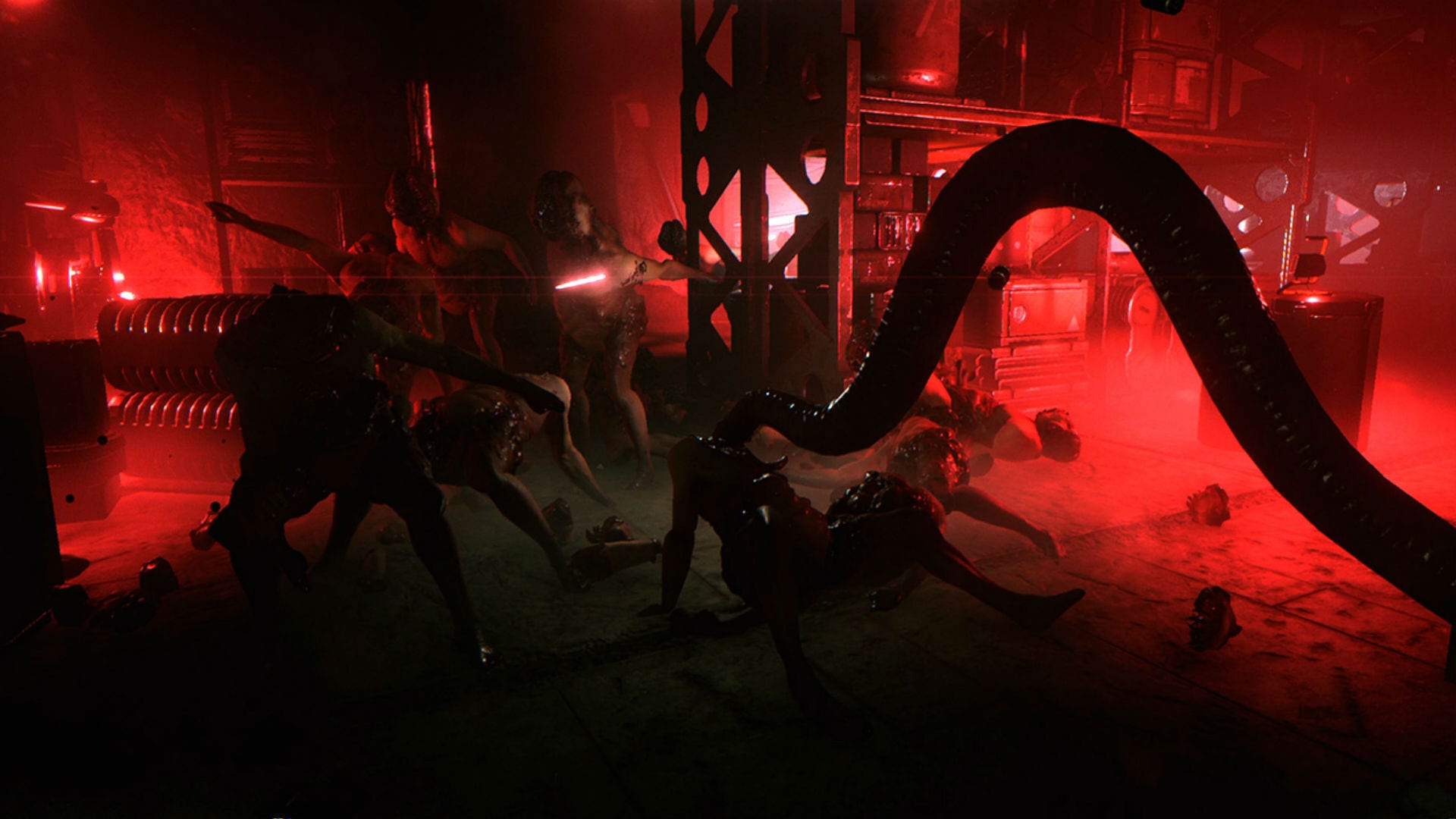 After diving headfirst into the dark abyss of GTFO late last year during a preview event in Copenhagen, we once again return to the depths of The Complex to play a brand new build of the game at Pax East 2020.

Developer 10 Chambers Collective is calling the update “Infected,” and it comes packing new areas to explore and new weapons to help fend off the nightmarish creatures that lurk inside The Complex.

As has been the case from the very core of its inception, GTFO is focused on its most hardcore players. Similar to Payday 2, a game that many of 10 Chambers Collective’s team worked on during their former years at Overkill Software, GTFO demands constant communication between teammates if they’ve any chance at all of ticking off the objectives listed by the Complex’s nefarious overseer.

Still very much in the nascent stages of Early Access, GTFO used Discord App to handle voice chat and matchmaking in the game, but that changes with this latest update thanks to a collaborative effort with Overtone.

Similarly to Discord, Overtone functions as a standalone app that takes care of chat and matchmaking, but it’s implementation offers a far more seamless experience.

Overtone has an overlay in-game that provides a quick way to check who is online, who is already in a party, and if anyone is looking for a teammate. It was demonstrated that a simple button click in the Overtone app tosses you into a game of GTFO quickly and intuitively.

10 Chambers explained it wants players less focused on how to chat and get into a game and more focused on preparing and planning their expedition, and from what we experienced it’s certainly poised to do just that.

Now, how about those weapons, eh? Well, after hopping into our match we were given access to the new burst assault rifle and shotgun, so naturally we picked those as our primary and secondary weapons.

The burst assault rifle shoots three bullets in a burst which really helps conserve ammo in fights if you line your shots up correctly. This was great for some of the encounters when things went awry.

The shotgun is devastating at close range, but can only hold a handful of bullets which makes you really consider when the right time to pull it out is.

I often pulled it out only when I was in dire straits and my team was in need of some heavy firepower. It felt incredibly satisfying and fun to use, which made it a go-to in tricky situations.

Particularly so when the enemies are up close and personal thanks to the new on-screen blood effect. Opening up on the on-rushing creatures sees a gross black sludge trickle down the screen run down your screen, which really ramps up the immersion and the fear factor. Caught in the heat of the moment, I actually myself almost reaching to wipe off specks of blood from the monitor. The intensity of The Complex does crazy things to your mind, apparently.

New weapons and gore effects are always a welcomed addition to a game, but a much more substantial change that returning players will immediately recognize is a new area of the complex.

This new part of the complex is filled with winding staircases, dark corners, and all-new zones for players to learn the layout of.

Throughout the play session, our team walked around in circles trying to make our way through the tight corridors and dimly lit pits. We got lost or turned around on more than one occasion. Even having members of our team and a developer playing didn’t help just how quickly you can lose your way.

This area is still filled with all of the trappings of previous parts of the complex such as security doors, long dark corridors, and a lot of enemies.

Providing your hardcore audience with enough content to keep them challenged and satisfied isn’t an easy feat but even this little vertical slice was enough to throw us off our game.

Indeed, adding a new area with more possibilities in it forces even the most hardcore players to relearn and engage with the game differently.

Eventually, the older content in the game will be cycled out and this new update will take its place. This is all part of GTFO’s previous announcement of what they are calling “The Rundown.”

10 Chambers’ developer Simon Viklund expressed that they want GTFO’s content cycle to be a moment in time that you either experienced or you didn’t.

Everything we played at PAX East was just a small slice of what seems like a very bright future for GTFO. The developers told us that this update will offer ten new levels, new enemies, a whole new environment, and more, so expect further details in the coming weeks.

GTFO is currently in Early Access on PC. The Infection update doesn’t have an official release date just yet.