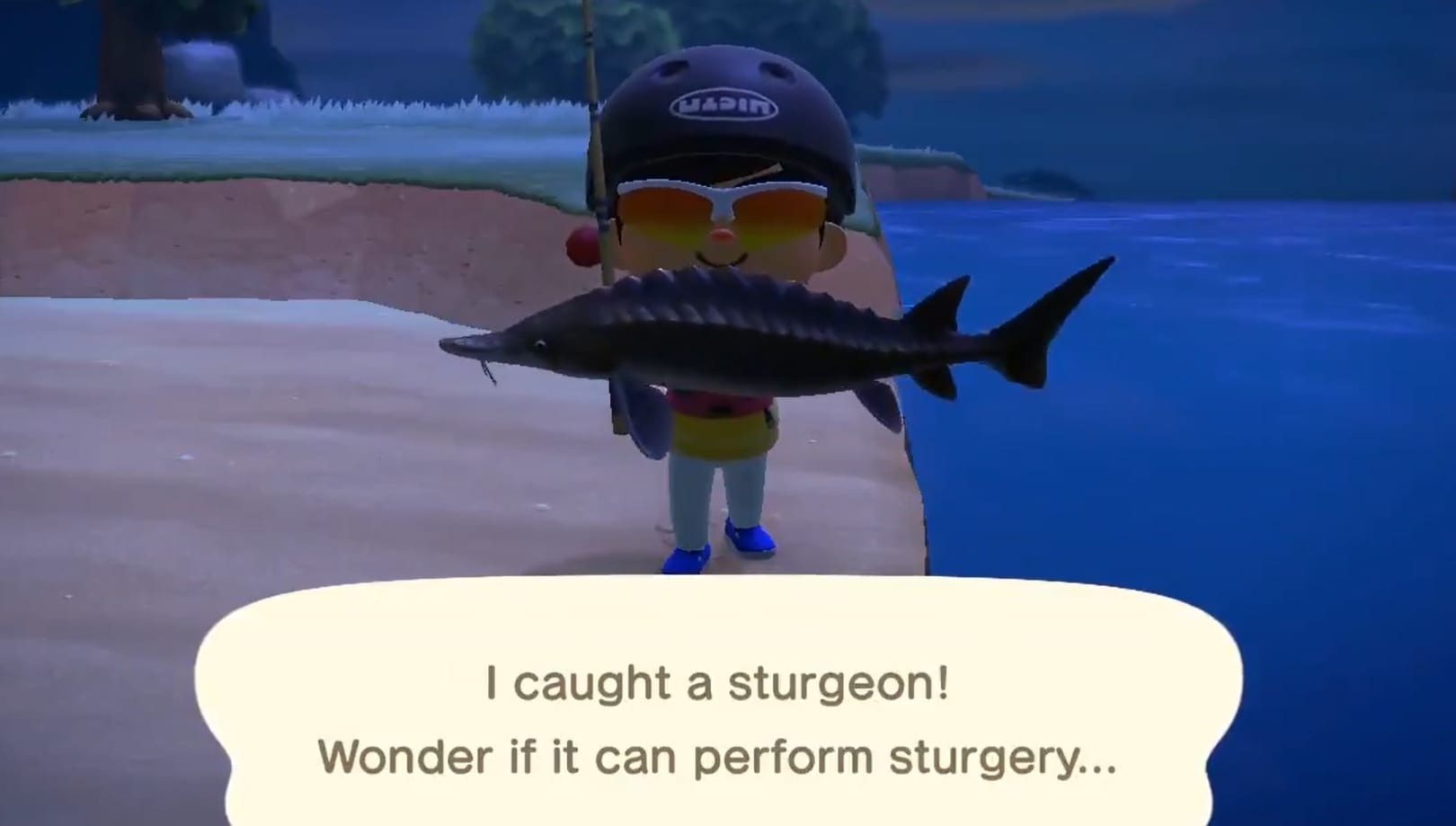 Filling up your island’s museum with fish and bugs is one of the most enjoyable parts of Animal Crossing: New Horizons. Once Blathers opens his doors, most players likely bombarded the narcoleptic owl with a barrage of the fish and bugs they’d stockpiled while the Museum was being built.

The two-day wait for Blathers’ museum is small change compared to what could happen, however, if you miss out on some of Animal Crossing’s time-sensitive fish and bugs. There are six fish and one bug that will all be disappearing from your islands by the end of March, and they won’t be back for quite a while – the earliest returns in June, and the longest won’t be back all the way until December!

Don’t worry though, we’ve got you covered. We have put together a list of these elusive critters to help you avoid having holes in your collection for months at a time. Follow these guides and you won’t have to miss out.

These tiny little guys can be found in Animal Crossing: New Horizons’ rivers. They have very small shadows, so they might be easy to overlook, but they’re available 24/7, so no need to panic if you miss one.

These guys are among the most common and easiest to catch fish on this list, but they won’t be returning to your island streams until all the way in November, so make sure you turn one into Blathers before then.

Yellow Perches are similar to Bitterlings in a lot of respects. They’re only found in the river, they can be caught around the clock, and are a rather easy and common catch. The only real differences are that the Yellow Perch has a larger shadow, and that they’ll return a bit earlier in October instead of November.

That’s still just about a seven month wait though, so it might be good to double check and make sure Blathers has one already on display.

These tiny gossamer-like fish are real cute, but also really time-sensitive. Once they’re gone at the end of this month, they won’t be back until all the way in December, so definitely lock one down before then. Thankfully, they’re not too hard to track down.

They’re available 24 hours a day, and have teeny-tiny little shadows in the water. Make sure to snag one now though, in order to avoid one of the longest absences in the game.

On the polar opposite of the cute, dainty Sea Butterfly, we have the Football Fish. These ugly anglers also hang out in the ocean in Animal Crossing: New Horizons, and have medium-sized silhouettes, similar in size to the all-too-common Sea Bass.

The most notable thing about the Football Fish is their schedule – they only come out during a set time period from 4PM to 9AM the next day. They’re a little more difficult to net as a result, and it’s further complicated by how similar their silhouette is to Sea Bass.

They’re not too uncommon however – just do some fishing trawls after 4PM and you’re sure to find one before too long, avoiding the long wait until their November return.

With the easier fish out of the way, let’s move onto the rarer ones. The Sturgeon is a large, alligator-like fish that’s rather picky about where it will appear. It can only be caught in a small stretch of your town’s river, right at the point where it meets the ocean, as seen below.

Unfortunately, it’s also one of the rarer fish in the game, making this window a bit more dire. On the bright side though, it can be found at any time of day, and it’s larger-than-average silhouette makes it pretty easy to identify.

Set aside plenty of bait and time for river mouth fishing, and you should be able to turn one in to Blathers before they disappear until September.

Of the critters leaving Animal Crossing: New Horizons at the end of March, the Stringfish is the toughest catch of the bunch, with a lot of factors that contribute to it’s rarity.

For starters, it’s only found in clifftop water, like the picture below, meaning that you’ll need to have a ladder before even getting an opportunity. Next, like the Football Fish, it only spawns during the 4PM to 9AM timeframe, and it’s a rare spawn even during those times.

Add that to the fact that once it leaves, it will be gone until December, and it becomes clear why this particular fish is in such high demand. We figure a lot of players will want to make the Stringfish priority #1 of the March exodus.

The one good thing about the Stringfish is that its larger shadow is easy to spot, but you’ll probably need a bucketful of bait to ensure you get one before it swims off to distant shores.

The one above water member of the leaving-in-March crew is the Emperor Butterfly, who thankfully is much less stressful to nab than the Stringfish. These brilliant blue butterflies can be found flying around any patch of flowers, and aren’t easily scared away, making them a pretty simple bug to bag.

The only catch is that they only flutter about after 5PM, and stick around until 8AM the next day. Even then, they’re a rather common spawn, meaning you won’t have to try too hard to add one to your collection.

They’re also the quickest of the set to return, as they’ll be back as soon as June, so even if you miss one, it’s not a long wait to see them again.

With that, we’ve covered all the different creatures you’ll want to collect sooner rather than later in Animal Crossing: New Horizons.

From the rare and elusive Sturgeon and Stringfish to the common Bitterling and Emperor Butterfly, make sure you’ve turned one of each of these seven critters to Blathers before the end of March so you don’t miss out. You could be waiting a good long while for a second chance if you don’t.