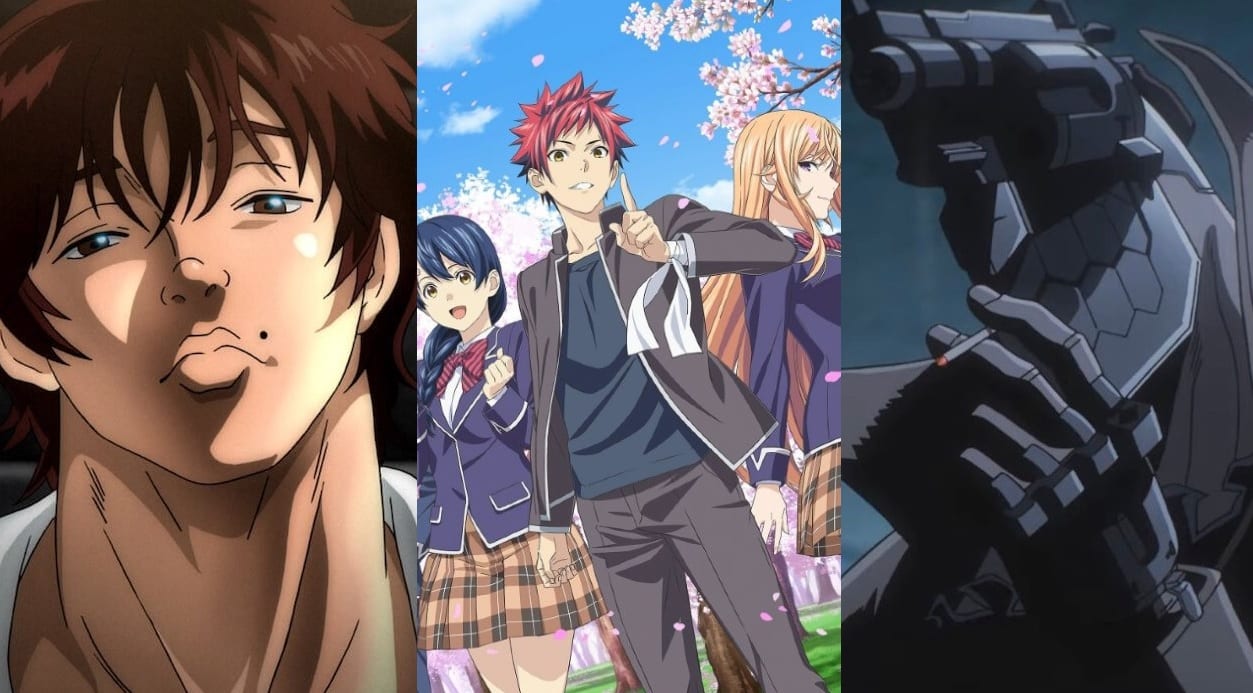 This spring’s anime line-up is looking amazing, boasting a combination of first-time manga adaptations, original IPs, and new season’s of fan favorites. With that in mind, we’ve compiled a list of 10 of the best upcoming spring anime, each covering a wide range of interests and genres across the medium.

Whether its sports, a mystery, or good old fashion battle anime, we’ve got you covered in our list of the 10 best spring anime to look out for, detailed below.

In Ahiru no Sora, Sora Kurumatani made a promise to his mother: “I will dominate my first high school tournament.”

Now while this doesn’t sound any different from any other plucky main character’s ambitions in a sports anime, the real draw comes from the trials and tribulations Sora faces to accomplish his goals.

Alongside being considerably shorter than most players, he needs to convince the group of delinquents that currently make up the squad that there is more of a reason to be on the team than to simply kill time.

The synopsis alone feels like a blend of Kuroko’s Basketball and Haikyu!!, so I for one can’t wait to see if the series has the possibility to be the next great sports anime when it arrives this spring.

Twenty-Fifth Bam has spent most of his life confined to the depths of a huge tower. Throughout that time, his only comfort has been via his companionship with his friend, Rachel.

One day, Rachel decides enough is enough, heading out into the tower alone to find answers. Missing and worrying about his friend, Bam follows shortly thereafter to try and find her.

Tower of God has the potential to be a spring’s breakout anime based on its setting alone, as the tower features plenty of mystery wrapped up in its 10,000-year history. Here’s to hoping that the characters that make up the setting are just as interesting.

The second season for the remake of one of the most wholesome anime around returns this spring with Fruits Basket Season 2, continuing the story of Tohru Honda and the mysterious Soma clan.

For the sophomore season, the show’s themes and plotlines are set to revolve around exploring self-identity. For many of the characters, Fruits Basket will explore what it’s like to try and find your way back to a proper path after feeling lost.

Even if romantic comedies and Harem anime aren’t usually your schtick, I implore to experience the heartwarming nature that accompanies Fruits Basket before shutting it down completely. You won’t regret catching up on the first season when the second one arrives in April.

The concept of No Guns No Life is so bizarre that even if it weren’t a well-written anime, it would still draw heads based on its premise. Luckily, not only is the show about humans that “extend” their body parts into physical weapons good, it’s one of the best anime currently airing.

Part 2 of the show hopes to follow that success, continuing the journey of Juzo Inui, an Extended mercenary, as he helps solve problems caused by other Extended.

The second half sees Juzo investigating rumors of a kidnapped child and the extenuating circumstances that surround it. The next installment of No Guns Life will also once again be composed of 12 episodes.

Unlike most of the anime on this list, Brand New Animal – or BNA for short – is an original IP. The series takes place in an alternate 21st century, where humanoid animal-hybrids begin emerging from darkness to try and integrate into society.

While it is a bit of a mystery where exactly they come from, it seems to be a mutation. At least, that is the case for Michiru, an average high school student that suddenly transforms into a tanuki person.

With the help of other human-animal hybrids, Michiru must learn what is happening and if there is any way to reverse the effects.

Thanks to the success of Beastars, another anthropomorphic anime that discusses class struggle and being different, Brand New Animal is sure to have a lot of eyes on it when it debuts.

For years, battle anime has been oversaturated with ninjas, assassins, and just about every other combat trope in the book, making the genre feel a bit stale in the process. Ever since it was adapted to an anime format back in 2015, Food Wars has been the pallet cleanser everyone who loves the genre desperately needed.

Five plates later and the food-based Shonen is still going strong, closing out the adventures of Yukihira Soma, a young chef looking to become the most skilled individual in the culinary world, with one grand, final season.

While the last season left fans craving more by ending on a cliff-hanger, there is hope that The Fifth Plate covers the entirety of the Beach Exam and BLUE arcs to finish off the series.

Not much has changed between Miyuki and Kaguya heading into the second season of Kaguya-sama: Love Is War. The two still hopelessly fawn over one another, waiting for the other to admit their feelings, devoted to the belief that whoever says it first is the inferior one in the relationship.

Simply because there is still the same dispute between the two that carries over, doesn’t mean season two is entirely devoid of some new conflict. It’s the exact opposite.

Specifically, the plot will revolve around a new challenge for Miyuki to overcome in the form of Miko Lino. She’ll serve as her rival in the race for student council, as Lino persistently looks to take Miyuki’s place.
The resulting tension of this feud feeds into the overarching plot of the series, pushing the two main characters even closer amidst the turmoil.

Made in Abyss: Dawn of the Deep Soul (April 13)

The long wait for more Made in Abyss is almost over anime fans, as the movie sequel hits the silver screen this spring.

As the third and final film in the series, Made in Abyss: Dawn of the Deep wraps up the epic tale of Riko and Reg as they explore the fifth layer of the Abyss. The two don’t have to explore the treacherous landscape of the Sea of Corpses alone, though, as they find a new companion in Nanachi.

Throughout their journey, the three must unravel the mystery behind Bondrewed, a legendary White Whistle with a troubled past.
While you’ll likely want to binge the rest of the series beforehand, Made in Abyss: Dawn of the Deep Soul is a must-watch movie for any anime adventure fan.

The year is 2045, and the world still suffers the fallout from a cataclysmic set of events brought upon by the rapid development of artificial intelligence.

Covert operating units have begun conducting secret cybernetic operations, relying on the use of mercenaries and underhanded tactics to siege an advantage in the “Sustainable War.”

As mercs-for-hire, Cyborg Major Motoko Kusanagi and her subordinate, Bato, are sucked into the middle of this conflict in order to survive. Despite their skill, they find that the extreme intelligence and physical powers of the post-human threat they face may be too much.

While that description is about as Cyber-punk as you can get, it’ll be interesting to see if it can execute on the promised concepts. As long as Ghost in the Shell: SAC_2045 sticks to the source material its drawing inspiration from, it’ll at least have shot.

Baki Hanma looks to surpass his father, Yujiro Hanma, and become the strongest man in the world. To do so, he’ll need to prove his might against the deadliest sparrers around.

In the third part of the series, Baki faces the five most violent and brutal death row inmates in the world. To survive, he’ll need to fight side by side with a handful of other underground martial arts worries.

I can not preach enough how all anime fans need to experience the absurdity that is Baki at least once. JoJo’s Bizzare Adventure is the most comparable show, though Baki has a bit more blood and down to earth weaponry.

If that wasn’t crazy enough for you, the show sees Baki fight a dramatized version of the son of the most celebrated boxer of all time: Muhammed Ali.