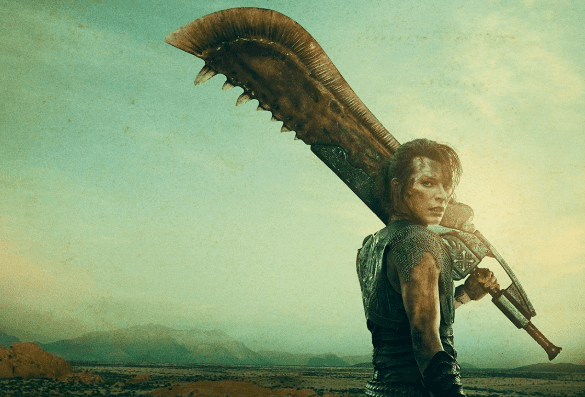 With the Sonic movie killing it, and the Uncharted movie floundering I completely forgot that the Monster Hunter movie was even a thing. But yeah, well um, it is and you can check some new promotional posters released by Sony Pictures today that give a feel for what the movie and its weapons/actors will look like.

So other than the great sword being 300% too small, it looks pretty Monster Hunter-y to me! It’s just missing, yanno, monsters. Hopefully Sony didn’t forget those.

Milla Jovovich should be extremely familiar to Resident Evil fans as she was the star of all those films, along with other films that gamers might be into like Hellboy. Personally, I loved her in Zoolander for playing Katinka Ingaborgovinanana.

Tony Jaa, the other headliner in these two posters is probably less familiar to most people. He is a Thai actor and martial artist who has appeared in various martial art films in Thailand. He did appear in supremely popular Fast and Furious series, specifically Furious 7 as Kiet.

Recent video game movie successes such as Sonic and Detective Pikachu has given gamers hope that maybe video game film adaptions have turned a corner. We’ll see how Monster Hunter is when it releases on Sept. 4 later this year.