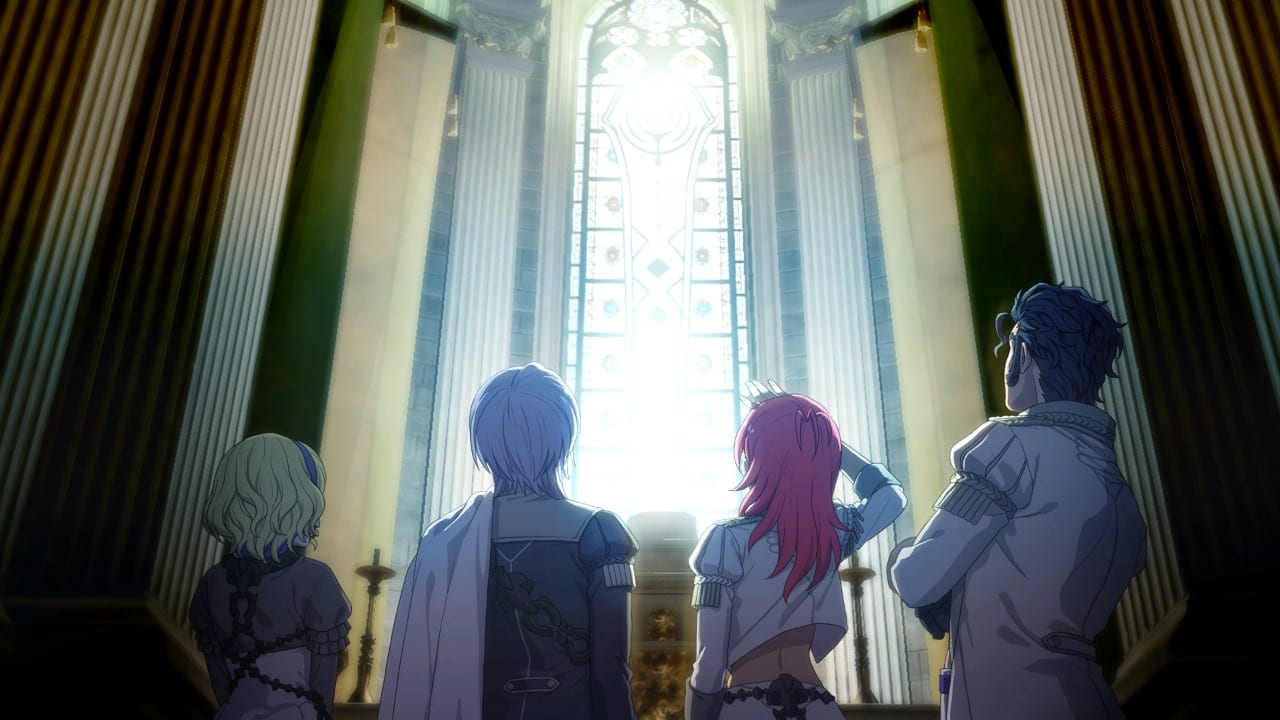 Just last week, Fire Emblem: Three Houses got its biggest update yet. The new patch introduced a few quality of life changes for the base game, and also came packed with the brand new Cindered Shadows DLC for Expansion Pass holders. You might already know this, but it’s a good ass DLC.

Introducing a new, secret fourth House called the Ashen Wolves, Cindered Shadows gives players access to four new characters and classes, and they all mostly add new freshness and depth to what was already a very dense RPG.

The new story scenario itself is also a hefty affair, taking me about eight hours to complete on Normal Classic difficulty. The side story is completely separate from the main campaign, giving players a set party of characters including all three House leaders, and a student rep from each House as well. In addition to that, you get the Ashen Wolves themselves, and they sure are a special bunch.

Cindered Shadows kicks off with the most cliched of openings: Byleth and the three leaders spot a shady figure disappearing through a hole in the wall that leads to the basement of the church, and they decide to pursue. Once inside, they meet the four Ashen Wolves who automatically assume that you’re there to kill them, and so you fight.

Somehow, through the heat of battle, they learn that your intentions are actually pure, so you stop fighting and become friends. This is when Byleth learns of the Abyss, an underground society dedicated to those shunned by the surface and that need help. The story then sends you on a journey to find a long lost Chalice that can resurrect the dead, and uncover the mysteries surrounding this artifact.

It’s a very basic setup, and the plot itself is a bit predictable. But as we all know, it’s the characters and the way they interact with each other that make up the backbone of a Fire Emblem game.

Yuri is the leader of the Ashen Wolves, and he takes on the role of the charming, witty Trickster who always has something up his sleeve. Hapi is a dreamy, somewhat absent-minded girl who can attract monsters with that breathy sigh of hers. Balthus is the old man; the headstrong bruiser who talks with his fists. And finally, Constance is the prideful noble with a dark side.

Yuri and Constance are the highlights here, with personalities that actually feel dynamic and at least a little different from the tropes we’re so used to seeing in Fire Emblem. But all four character designs are definitely on point this time around, with Yuri sporting a beautiful shade of purple eyeshadow, and Balthus’ typical ‘ripped male’ look is contrasted nicely with his gangster style-looking uniform.

Once you meet the Ashen Wolves, it becomes abundantly clear that these are supposed to be the cool kids of Garreg Mach Monastery. You thought Felix was a badass? Wait till you meet Yuri. If Fire Emblem: Three Houses was an anime fantasy creation of Freaks and Geeks, Byleth and all the vanilla characters would be the geeks, and the Ashen Wolves are the freaks everyone hates but secretly wants to be friends with.

Cindered Shadows dives deeper into Three Houses’ already impressive lore and world-building, and offers up more information about Byleth’s own lineage and the influence of the church. With a set party of characters, faces like Linhardt, Hilda, and Ashe also finally feel like proper characters with a real role in the story, and not just random units with throwaway lines between chapters.

The three student reps all have a reason to visit Abyss, and their connections to the Ashen Wolves give them purpose and develop them beyond their tenuous connection to the war in the base game. It’s nice. Interestingly enough, Edelgard, Claude, and Dimitri all take a bit of a backseat in Cindered Shadows, but considering the fact that they’re basically the main stars of Three Houses, that’s completely fine with me.

Finally, Cindered Shadows also brings with it four new classes. The Dark Flier is a flying unit that uses magic, the Valkyrie is a mounted unit that makes use of dark magic, the War Monk/Cleric specializes primarily in gauntlets but has limited healing capabilities, and the Trickster is like a jack of all trades who uses swords and some healing magic.

In my playthrough, it felt like I wasn’t able to utilize the Valkyrie in particular, and it’s hard to see how it would fit into my party especially if I’ve already got a Dark Knight. However, the other three classes were a breath of fresh air, and have the potential to add a bit more utility to my party in Three Houses.

The Trickster, in particular, is an interesting class on Yuri, especially since he comes with a Relic that allows him to move again after an action. He’s not particularly strong, and he won’t be wrecking enemy units with just one move, but he’s a decent damage dealer with white magic and healing, and that can come in handy in a pinch.

Easily the most impressive part about Cindered Shadows was the incredible slew of battles. They’re definitely a cut above what we got in Three Houses, and despite the reusing of certain maps, the battle conditions were always challenging in interesting ways. One standout was a chase sequence where you had to get to your goal within a set number of turns, while fending off enemies from all corners.

Clocking in at about eight or so hours, Cindered Shadows is definitely a top tier story DLC that just helps make Fire Emblem: Three Houses feel like a richer and fuller experience. Sure, the idea of an underground society beneath the church being a secret for so many years is a little ludicrous, but it’s still a great time overall. Now to start a completely new playthrough and see how my new baby Wolves fit into the main story.