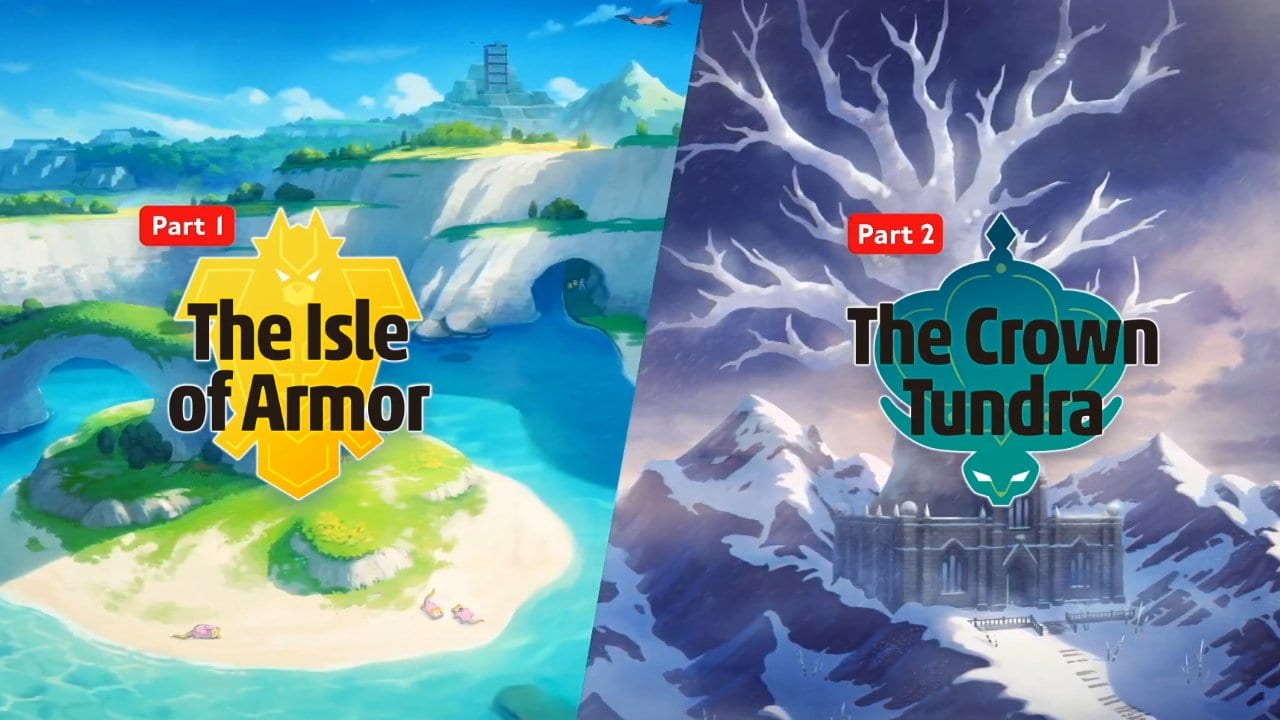 Somewhat surprisingly, during the Pokemon Direct yesterday it was revealed that Pokemon Sword & Shield were going to be receiving an expansion pass for 2020. Two new separate pieces of DLC, The Isle of Armor and The Crown Tundra will release sometime this summer and fall respectively.

Some people might miss that the days of “third games” or “sequels” appear to be over now that someone finally explained to Game Freak that you’re allowed to add content to a game over the internet and charge people for it without having to re-release the entire game. Nostalgia is a hell of a feeling, but if this is the deal going forward, I’m all about it.

Ultra Sun and Ultra Moon really burned me. I’ve been playing Pokemon since the original game, and can drop hundreds of hours easily into the games I love the most. Even the ones I’m less thrilled with, I at least have it in me to finish it out, play a bit of the post game and maybe come back to it later (read: Sword and Shield so far).

Ultra Sun and Ultra Moon were offensive though. I would not have been as kind as our reviews editor Zhiqing Wan had I been the one to handle the review for us back in 2017.

There was no reason that the minuscule amount of changes that were present in Ultra Sun and Moon really needed to be re-released just a year later at full price. In hindsight, I would have avoided that game, and if that was the strategy going forward, I would never spend my own money to buy another “Ultra” version ever again.

If we’re being real, all of the third games and sequels could be dragged in the same way with the exception of Black 2 and White 2. The mitigating factor though is that significant DLC wasn’t a realistic option prior to the 3DS.

Now though, DLC is very easily deliverable and finally, finally, Game Freak is abandoning its previous model in favor of focused DLC and expansion experiences and it’s a win-win for everyone.

Game Freak can be laser-focused on new experiences within the game world it has already created without having to spend however much extra time it took the team to figure out how to integrate all of that into a new version of the game. Just adding new experiences in new areas with new/returning Pokemon seems like it would be a lot easier on the studio’s end.

For us, the fans, I’m thrilled about not needing to play and buy a whole new version of the game just to experience whatever new content is included.

Some fans across social media have done the not so complex math of adding together the cost of Sword and Shield with the expansion pass, and comparing it to the cost of buying the two $40 versions of the games when they were on dedicated handheld systems. This has led some fans to view this whole change as just a way to make extra money.

While yes, it’s technically slightly more expensive if you look at it that way, but here’s what fans are not factoring into that: the amount of life/time saved not having to play through a repetitive game all over again just to see a few new things.

There’s no cost you can attach saving hours off of your life. I will happily pay extra money to just get to all the new content as quickly as possible and have more time to play other games, go out, whatever it is I want to do in my life that isn’t replaying the already not super exciting story of Pokemon over again for a second time within a 12-month period.

So to whoever finally told Game Freak about DLC, thank you. I don’t want Pokemon Gun, Super Shield and Super Sword, or whatever. I promise I won’t long for the good ol’ days of Pokemon Crystal because honestly, they were never that great.