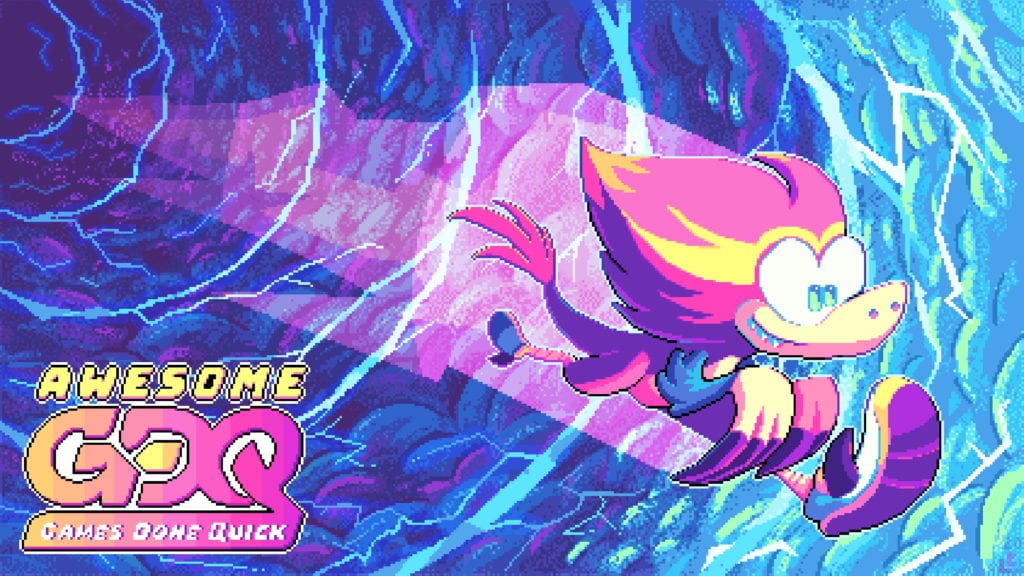 If you only watch one speedrun from AGDQ 2020, let it be the Fallout Anthology run by tomatoangus.

Even if you’re not a big fan of the series or Fallout speedruns in general, tomato himself and the couch commentary make the whole experience worth it. The run is only a couple hours long, but it’s an incredibly wild ride that devolves into a hilarious and beautiful disaster by the end.

Punch-Out!! by sinister1 and zallard1

Mike Tyson’s Punch-Out!! is a tough enough game on its own, requiring good timing and precision to make it through all the levels.

Now put it in a speedrun setting with two blindfolded players sharing one controller. That’s exactly what sinister and zallard did for this run, and it’s one of the most impressive things you’ll see this marathon.

I’ve already talked about the FFVIII run at length, but it’s worth mentioning here again as one of the best speedruns at AGDQ 2020.

It’s a relay run between three runners in the Final Fantasy community, and yes, it’s nine hours long, but it’s also a comprehensive and definitive showcase of everything this game has to offer.

You get some nice fuckery with the Junction system and how broken Triple Triad can be when you refine your cards into magic, some old-fashioned RNG manipulation, a musical number, and a great fight against Omega Weapon. What more could you want?

The Metal Gear games lend themselves really well to speedruns because of how quickly you can zip through this game once you’ve committed patrol patterns and boss fights to memory. Actually executing it properly, though, is a whole other matter.

Raichu shows off exactly how precise you need to be to get through this game quickly and flawlessly. An early segment in the Virtuous Mission presents us with an amazing display of precision and skill where Raichu’s nailing quick tranquilizer headshots on every single enemy that pops up with no hesitation at all.

You also won’t want to miss sumichu’s awesome rendition of Snake Eater at the end.

Possibly one of the funniest runs at AGDQ 2020, the Nightcry speedrun is so great by virtue of how hilariously clunky the game is.

Stilted character animations, dialogue, and upbeat commentary to go with everything help to make the Nightcry run one of the most entertaining and easiest ones to watch.

We’ve seen a few Final Fantasy VI speedruns over the past decade, but none quite like this. This is FFVI, any%, glitched, and it’s an absolute work of art.

The speedrun goes by pretty quickly, and revolves around the player essentially cloning Terra multiple times to fill up the party slots and to bypass a lot of mandatory story scenes. As always, the runner’s memory of the seeded step count is put to the test, as your success is largely dependent on knowing which combat encounters you have to take, and how to beat them.

One of the more recent games we saw at this year’s GDQ, Fire Emblem: Three Houses is a really long game, but Claris manages to clear it in just a couple of hours.

What’s so impressive about this run is that there’s actually quite a bit of RNG involved in the game, including stats that increase with each level up, and whether you’ll be able to land hits in battle. There are multiple occasions where Claris has to think on her feet when things go south in battle, but she handles it speedily and with confidence, as you might expect.

Voice actor Joe Zieja, who plays Claude, also pops in for a bit of commentary, and that alone makes this run worth watching.

Untitled Goose Game was the biggest indie darling of 2019, and it’s not hard to see why. There’s just something so inherently funny about a well-animated goose walking around and being a dick to human beings.

And in the speedrun, you get to see a goose be a dick in record time. This is a very short run, but still a really fun watch because of how the runner is able to time all the NPC cycles precisely to get from one task to the next, with very little wasted time in between.

There are bullet hell games, and then there’s Mushihime-same Futari.

If you like bullet hell games, and you like watching players pull off insane dodges and weaves, then this is the run for you. Be warned though; the game can get a bit much at times with its sensory overload.

The couch commentary is enthusiastic, and always keeping up with the game and making sure to explain what’s happening. You’ll also want to stay till the end to hear what gusto has to say about the run.

Finally, we have Control by Bryonato, known for running Titanfall 2 at GDQ just last year.

The speedrun is mostly glitchless, but when we do get to see some time-saving glitches, they’re pretty wild.

And once again, we get great commentary from both the couch and runner to explain all of the speed techniques being used in the run.