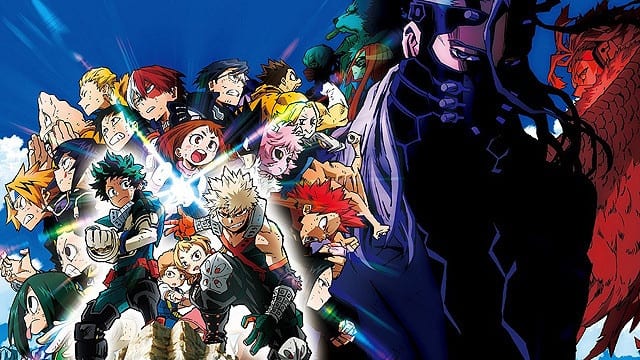 Funimation has announced an official release date for the second My Hero Academia film, Heroes Rising. The movie will hit theaters across North America on February 26, 2020, with both subbed and dubbed options available.

Advance tickets will go live on Jan. 31, so make sure to keep an eye out later in the month.

Heroes Rising debuted in December in Japan, and quickly crossed over a billion yen, although it’s opening numbers were down a bit from the first film, Two Heroes.

My Hero Academia: Heroes Rising takes place after All Might’s climactic battle with All-For-One when he’s retired as the Symbol of Peace. With a power vacuum now left in the hero industry, a villain named Nine who’s been lurking in the shadows decides to make his move.

Although all of Class 1-A makes an appearance Deku and Bakugo, as well as their relationship, takes center stage. You can take a look at the teaser trailer down below.

My Hero Academia is currently in the midst of its fourth season, which you can watch on apps like FunimationNow and Crunchyroll.