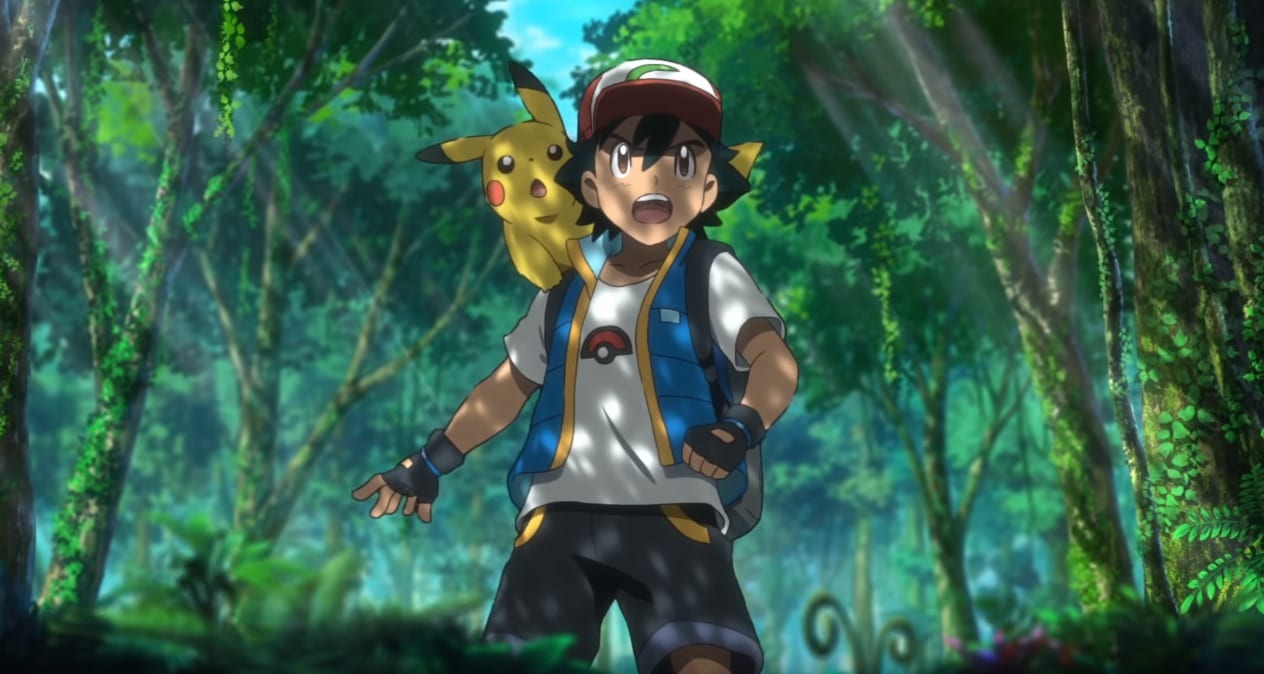 It’s been an eventful day for Pokemon fans, and the latest bit of news is that the first teaser trailer for the next Pokemon movie has aired in Japan.

Titled “Pokemon Coco,” the 30-second teaser opens up with a jungle scene, which quickly cuts to an unknown boy swinging through the treetops. He looks a bit like Tarzan, wearing nothing but rags, shaggy hair, and body paint. We see Ash and his loyal partner Pikachu look up at him in surprise.

The trailer transitions to a structure that looks like some sort of shrine or temple, and then to an adorable baby lying on a bed of leaves in the middle of the jungle. We don’t know who this baby is, but he shares the same eye and hair color as the boy who was swinging through the trees.

We also see strange bubbles of light at two points in the trailer; they first appear right before the Tarzan-like boy, and then they are seen entering the shrine where the baby is. It seems pretty mysterious, and perhaps it will have some sort of significance in the movie.

Finally, we hear the title of the movie along with its release date, which will be on July 10 in Japan.

We don’t know much else besides the small amount of information that was shown in the teaser trailer, but the Pokemon Twitter account promises more information will be shared very soon. Hopefully, we won’t have to wait too long for an English trailer and release date.

You can watch the full Japanese teaser trailer for the Pokemon movie Coco below.

If you want to catch up on other Pokemon news from today, check out our information about the Pokemon Sword and Shield expansion pass as well as Pokemon Mystery Dungeon Rescue Team DX, which were both announced today.