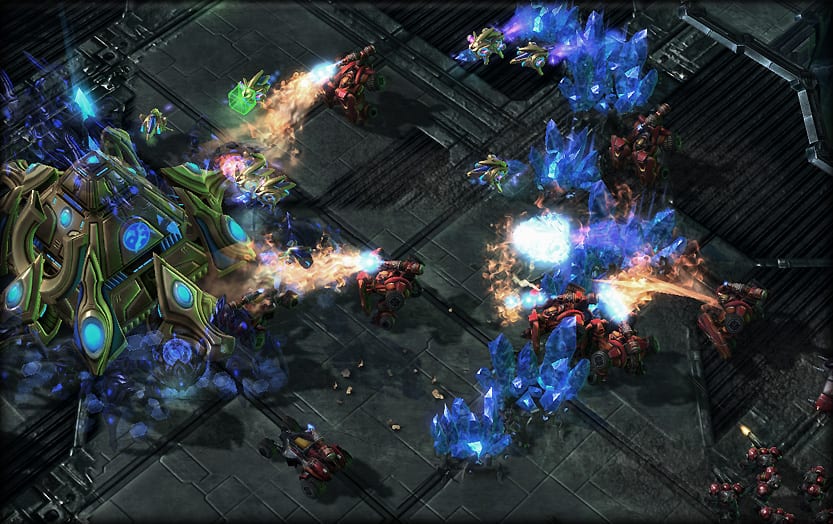 The current StarCraft II World Championship Series (WCS), the system in use for the last seven years for SC2 esports is being officially retired by Blizzard. The WCS is dead, long live ESL & DreamHack.

Alongside the announcement of the end of the WCS, Blizzard revealed that the ESL, the largest and currently oldest esports organization and DreamHack, another large & popular esports org will work in tandem to take over operations of SC2 events with two esports circuits for the long-running RTS called the: ESL Pro Tour StarCraft II and DreamHack SC2 Masters. All three companies involved are committed to this new format for at least the next three years.

ESL and Dreamhack have worked with Blizzard in the past to host major StarCraft II WCS circuit tournaments in the past so if Blizzard is content on giving up the reigns which they obviously are, these are the two companies that make the most sense to take over.

According to Blizzard, between the two new series there will be six international tournaments as well as weekly events that will specifically be run by ESL.

This is already a big change for SC2 esports fans, but the biggest pill to swallow is this one: Blizzcon will no longer be the host of the StarCraft Global Finals. Instead, the Global Finals will take place during a new IEM Katowice World Championship that will happen in 2021.

The Blizzcon Global Finals were an iconic part of the show, so it’s going to be weird to not see it take place during Blizzard’s big event even if it’s not particularly shocking after seeing the treatment of the finals and StarCraft II in general during the most recent show.

Prize pools for this year will still remain high. Blizzard is committing $1.2 million each year for the next three years with the 2020-2021 ESL/DreamHack circuit having larger combined prize pool of more than US $1.9 million to celebrate the ten year anniversary of StarCraft II.

Finally, Blizzard also announced that they will reveal their plans for the Korean region shortly at a later date. They say that they are “committed to StarCraft II esports in Korea” but until we hear what Blizzard has in store, consider it up in the air.

While most of the best StarCraft II pros still come out of Korea, the game has wained in popularity in the region with the original game being the preferred choice for many there, while StarCraft II flourishes more in Europe and to a lesser extent North America.