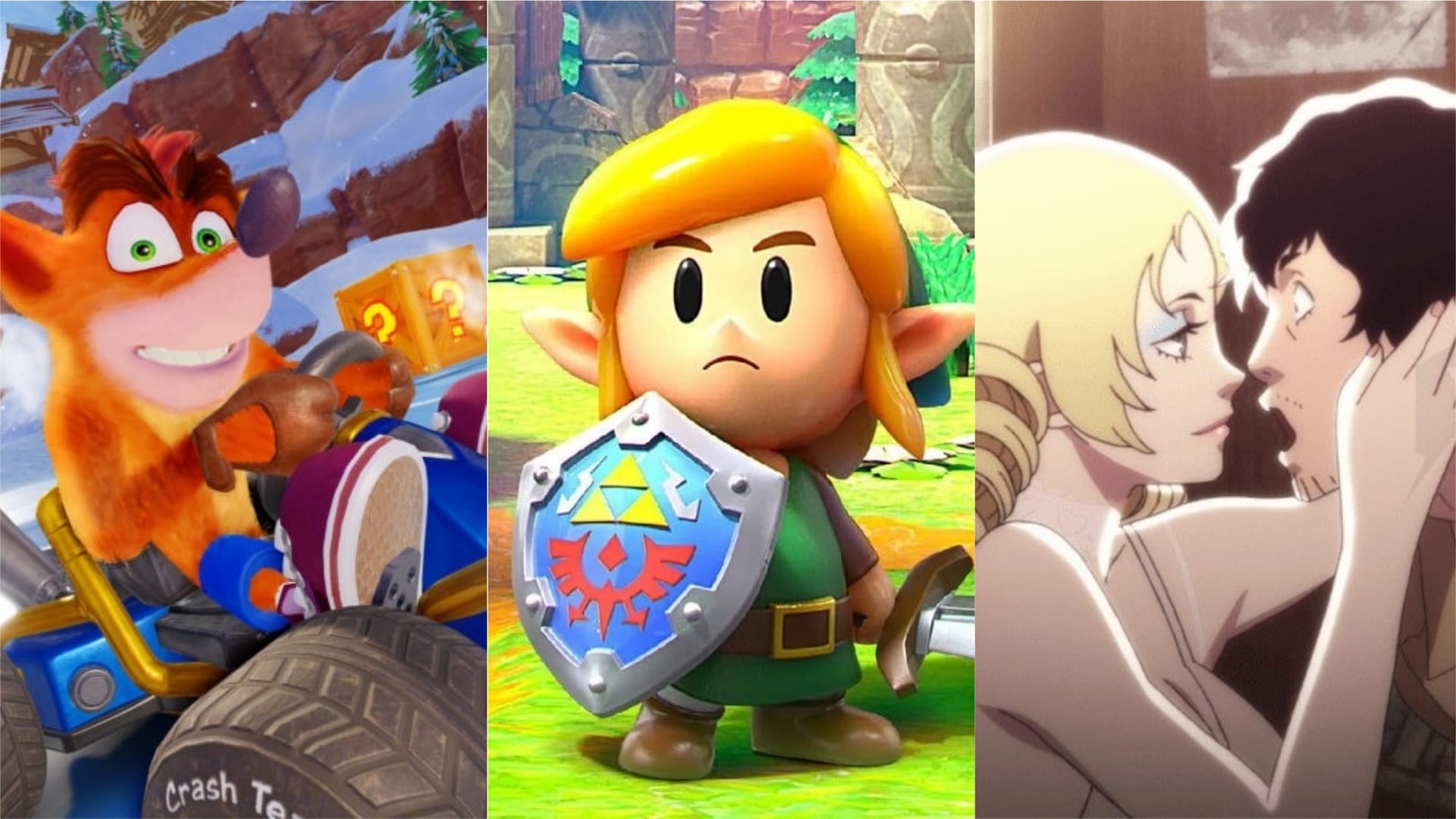 It’s award season here at Twinfinite! Today, we’re looking back at the best remasters and remakes of video games in 2019. Voted on by our editors, these were the games that best remade or remastered their originals, with polished visuals and refined gameplay, while staying true to the original vision.

Guides Editor Chris Jecks: If there was one game that dominated my early video-game-playing years, it was Crash Team Racing on the PS1. I remember being glued to the family TV for hours at a time, my parents wondering if Polar and I would ever, ever actually take poll position on Cortex Castle. I did… and then I hit Nitros Oxide.

Reminiscing aside, Crash Team Racing seemed like the perfect game to get the remaster treatment back when the craze took off at the start of this console generation. It still seemed like a good idea years after, when seemingly everything was getting a remaster. Then, finally, Activision gave in to fan demands. Crash Team Racing Nitro-Fueled released on PS4, Xbox One, and Switch.

Bringing all of the iconic tracks and characters you know and love, complete with shortcuts likely etched into your brain. Crash Team Racing Nitro-Fueled is a pretty faithful remake of the original when it comes to single-player and the general gameplay.

Some things had to change, though. The drifting mechanics were tweaked slightly, and there are swathes of new characters, karts, cosmetics, and post-launch DLC content to keep the game feeling fresh and like it belongs in 2019.

Despite some multiplayer issues when it first released, Crash Team Racing Nitro-Fueled’s online has since stabilized, making for some intense, kart-racing fun. Whether you played the original or not, pick up Nitro-Fueled. It’s the closest thing to a rival that portly plumber Mario and co’s kart racer has.

Senior Editor Hayes Madsen: Tales of Vesperia is widely regarded as one of the very best entries in the franchise, but sadly the West never saw the enhanced edition that released on PS3, that is, until now.

Tales of Vesperia: Definitive Edition is a remastered and enhanced version of the classic, bringing all of the PS3 exclusive content to all platforms, including two new playable characters, loads of new cutscenes, new artes, and much more.

There’s so much new content in the Definitive Edition that you could practically call it a new game, as even just the two new playable characters drastically change things, as they’re now present for most of the story.

The cel-shaded art style of Vesperia still looks fantastic too, and then upgrade to HD only improves things even more.

Simply put, Tales of Vesperia is one of the best JRPGs ever made, and this definitive version is a fantastic way to experience it for the first time, or the fifth.

News Editor Giuseppe Nelva: Catherine: Full Body Stands basically in the middle between a remake and a remaster. While the visuals haven’t been changed radically, so much additional content has been added that it feels closer to a remake, pretty much like Persona 5 Royal.

The original game was already pretty crazy (in a good way), but Full Body makes it even crazier and arguably even more enjoyable. There is plenty to like in the new narrative elements, and they add value to the game even if you don’t go deep into Rin’s routes.

Not only we get a new heroine and plenty of new story content, but Atlus threw in gameplay features as well. It’s definitely a full package that brings back under the spotlight one of the best and most underrated games of the PS3 generation.

Features Editor Greysun Morales: I was a child when I first played The Legend of Zelda: Link’s Awakening and as my little hands held my Game Boy for hours on end, I was encaptured by the whimsical and strange world that was Koholint Island. There were creatures I’ve never seen before, no Princess Zelda insight, and wackiest of all, I was able to take a Chain-Chomp on a walk.

Fast forward to 2019 and I’m feeling all of the same emotions and feelings all over again with this remake of the Game Boy classic. The new art style that Nintendo has chosen for Link’s Awakening works well to show off just how charming and gorgeous the island is as well as how zany all of the characters are.

It feels like a mix of something strange like Twin Peaks mixed with the art style of those classic claymation Christmas movies.

This remake is absolutely stunning and reminded me why not only Link’s Awakening is my favorite 2D Zelda game but why I love the Zelda franchise in general. It can surprise you at any given moment and it does such a good job at throwing you into a world that just pulls you in and doesn’t let go.

Reviews Editor ZhiQing Wan: To say that the Resident Evil 2 remake is a completely different game from the 1998 original wouldn’t be too far from the truth. While the bones of the 1998 version are still intact here, pretty much almost everything else has been re-imagined and rebuilt from the ground up, allowing Capcom to produce the finest survival horror game of 2019.

The Raccoon City Police Station was an intricate work of art in the original, and it’s been reshuffled in the remake, with new puzzles, new obstacles, and new rooms for players to contend with.

While some fans may point to Resident Evil 4 as the ‘beginning of the end’ for the series per se, the third-person, over the shoulder perspective works surprisingly well for Resident Evil 2. Because of the layout and nature of the RPD, the third-person perspective brings you closer to the action in the tighter corridors, creating a real sense of tension and claustrophobia.

You think you know what to expect from the horrors of Resident Evil 2, but the new perspective alone brings things to a whole other level of tension. Fans have been clamoring for a Resident Evil 2 remake for years, and Capcom definitely delivered in a big way.