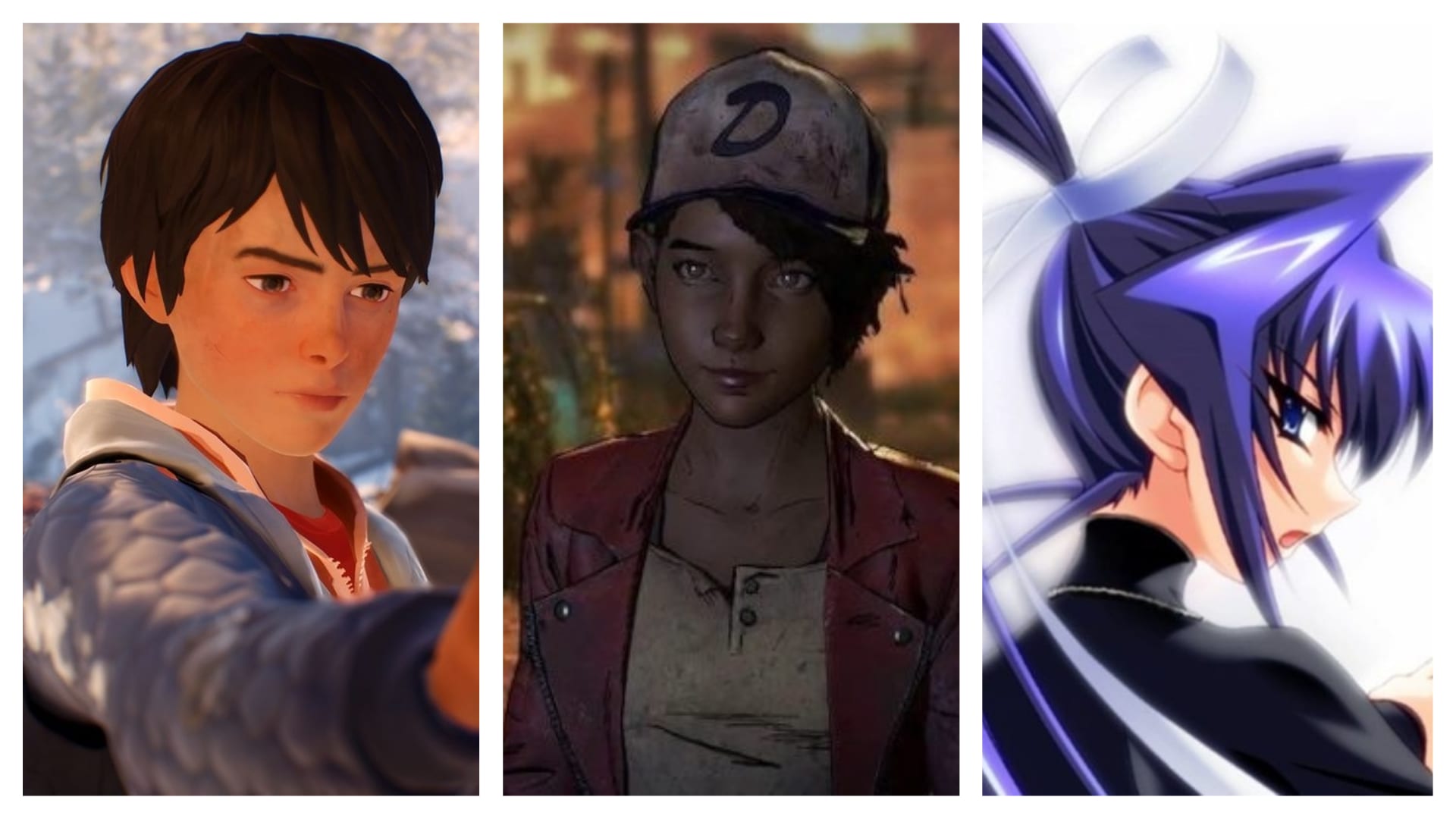 It’s award season here at Twinfinite! Today, we’re looking back at the best adventure, visual novel and FMV games of 2019. Voted on by our editors, these were the best games that existed with the genre of predominantly narrative-focused experiences.

News Editor Giuseppe Nelva: If I had my way, Muv-Luv: Photonflowers would be at the top of the list, but I can’t fault my colleagues. This is a fan disk, and by its very nature, only those who have played Muv-Luv and Muv-Luv Alternative can understand its true value.

It isn’t just because being unfamiliar with the original characters, setting, and stories, pretty much prevents you from understanding a lot of what’s going on in Photonflowers, but especially its parts set in the Alternative universe won’t have the same impact.

Muv-Luv and Muv-Luv Alternative will make you fall in love with the characters portrayed. You will laugh with them and cry for them. Alternative will then move on to break your heart with a savagery that has no equals.

If you have gone through that, Muv-Luv: Photonflowers is no less ruthless in taking your feelings and shattering them, but it does so in a more subtle, delicate way. It’s extremely painful, but with a gentle undertone of hope and tenderness.

If you’re interested in it, play Muv-Luv and Muv-Luv Alternative first, then delve into Photonflowers. They will open the gate to a sci-fi world that deserves to be fully explored.

Deputy Guides Editor Tom Hopkins: Shadow dropped during Gamescom’s Opening Night Live show, Erica was a surprise in a few ways. With a cast made up of mostly unknown British actors and a mysterious story, you have been forgiven for assuming that the game would join the ranks of other mediocre and forgotten FMV games.

However, Erica has what most other similar games don’t. The main actors, notably Holly Earl, provide excellent performances, the story is full of exciting twists and turns, and it is extremely well shot, looking a lot better than other budget FMV titles.

It may be lacking a little when it comes to gameplay, which is simple and a bit repetitive, but Erica is the perfect choice for a single evening’s entertainment or light gaming. Using a phone or Dualshock 4, you can jump into it for a couple of hours, making the story your own and getting to know some genuinely interesting characters. Future FMV games would do well to use Erica as inspiration.

News Editor Giuseppe Nelva: Steins;Gate Elite is basically an example of a visual novel in which almost every element falls into place perfectly.

Mix the unique art style with a beautiful and emotional story with a mindboggling level of complexity, on top of characters who are so weird that they make perfect sense.

I’m still on the fence on whether Steins;Gate really needed the remix with the anime scenes, or whether they actually add to its value at all. Yet, Steins;Gate Elite is a great way for those who have missed this timeless classic to experience it on modern platforms. If you love visual novels that go beyond the usual romance stories, this is one of the seminal games you must play.

Features Editor Greysun Morales: I was worried that developer Dontnod would ruin one of my favorite adventure games of all time with this sequel to Life is Strange.

Two male protagonists this time around and the absence of high school antics and drama had me cautious about where the series was going but in a surprising turn of events, Dontnod has done it again and has made me care about Sean and Daniel in more ways than one.

Every episode in Life Is Strange 2 deals with topical controversies and issues that are happening all around us in this time period that we’re living in, issues like racism, homophobia, religion, and so on and so forth.

And Dontnod handles these controversial topics quite well with each episode focusing on the major points and then attempting to figure out why these issues are still going on today.

These characters are thrown into some pretty radical situations, situations that happen on a daily basis to tons of people in the world.

The adventure that you’re going on with the Diaz brothers feels so real and when you’re forced to make choices and life-changing decisions, they always seem to break your heart.

There’s no right or wrong choice, everything is just grey and that’s how life actually is. We all do things that we don’t want to do and sometimes we end up making some terrible decisions that may hurt the ones we love.

Life is Strange 2 is an adventure that I’ll never forget and Dontnod has truly knocked it out of the park with this episodic series, even though the episodes were split up a little bit more than I had originally wanted.

Editor-in-Chief Ed McGlone: The final season of The Walking Dead was dramatic and emotional not only in-game, but out of it. Fans that have been following the series since it first started in 2012 almost had the rug pulled out from them at the very last minute following the abrupt closure of Telltale Games.

Although the early episodes were promising, even after Skybound Entertainment rescued the final season, there were some doubts that the interrupted work could have an impact on the final product. And, on top of that, ending a beloved series in a way that satisfies fans is one of the hardest things you can do in any medium, games included.

The developers that worked on The Walking Dead: The Final Season found a way to overcome all of that, and crafted a beautiful ending to story that started in 2012 with Lee, and ended with Clementine and AJ.

It was the strongest season by far since the first as it found a way to perfectly balance callbacks to earlier seasons, creating its own unique moments, and also finding the time to put the final bookend on Clementine’s long journey with AJ.

And while everyone is going to have their own opinion on it, we here at Twinfinite loved the ending and it seems the general consensus from fans is that most people also found it satisfying as well.

That’s no easy feat, and the people behind The Walking Dead: The Final Season deserve a ton of praise for sticking with it through all the hard times, and following through to finish the job in a spectacular and memorable way.