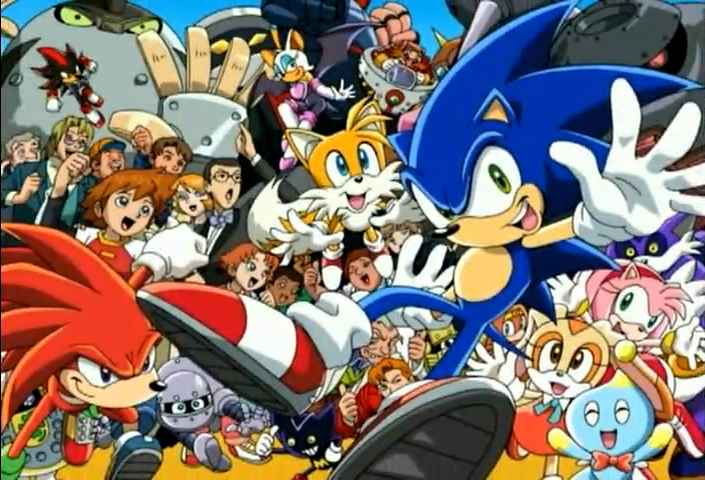 Sonic X will be rebroadcast in Japan on Kids Station starting in January 2020 to commemorate the release of the Sonic the Hedgehog movie the following month.

According to Sonic Retro user Mendinso, they might air the complete series, which means that the third season of Sonic X, dubbed “The Metarex Saga,” may be formally introduced on Japanese television 15 years after the U.S. air date.

“It looks to be that they will start in January 2020 (apparently it’s not 100% clear if this is airing the first set of episodes as well but we’ll see), though Kids Station changed their layout recently, so they don’t list the months ahead of air dates like they used to. So we’ll need to wait a little closer to confirm this, but appears to be the case for now.”

You’re probably asking yourself why “The Metarex Saga” aired in the U.S. before Japan and not the other way around like the first two seasons. Allow me, the Sonic Princess, to break it down for you: the U.S. was not the first country to get it.

The third season of Sonic X aired in other countries, the first being France, complete with the Japanese audio track and scenes that 4Kids would later butcher with their Puritan-style censorship once it hit American soil.

Meanwhile in Japan, the first two seasons of the anime suffered poor ratings, so they didn’t bother to air the last season on television nor release it on DVD along with its predecessors. However, Japanese viewers managed to watch “The Metarex Saga” on rental streaming services (not Netflix).

Whether Japan will rebroadcast Sonic X as they originally created it or with Blu-ray level touch ups in some episodes remains to be seen.

Sonic X will start reairing in Japan January 2020.Sonic the Hedgehog will roll around to theaters Feb. 14, 2020.