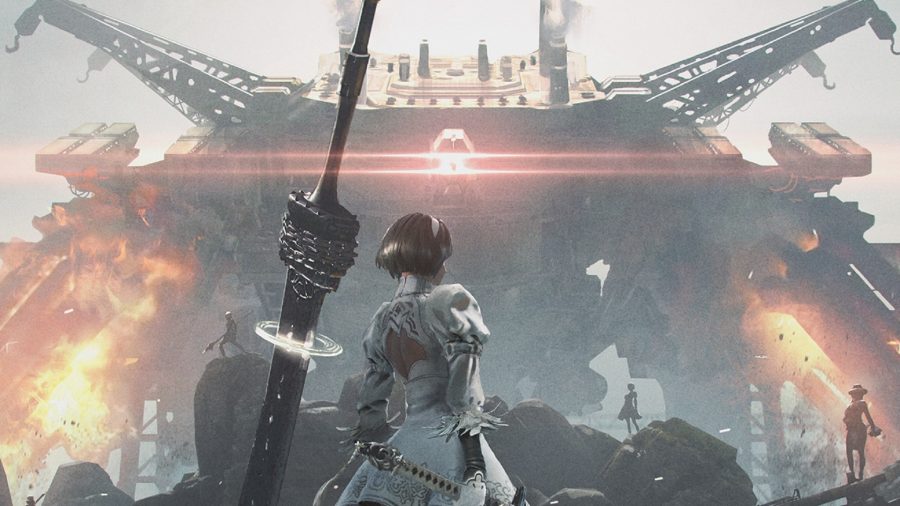 I like the new NieR: Automata raid in Final Fantasy XIV. I like it a lot. I didn’t realize that I actually really liked it until I played through it three times.

Weird story setup aside, the brand new Copied Factory Alliance raid dropped in FFXIV this week, and it serves as the first part of a three-act story that will be doled out over the course of the next two years. It also features Yoko Taro and Yosuke Saito as guest creators and writers, which means there’s a lot to be excited about.

Mechanically, the new raid feels great to play, but that wasn’t how I initially felt when I ran it for the first time.

Some context: prior to the release of The Copied Factory, the last set of Alliance raids were themed around FFXII and Tactics, and explored the legend of Ivalice. On release day, those three raids were also complete clusterfucks, filled with instant wipe mechanics if you happened to have an Alliance that totally screwed up what they were supposed to do.

It certainly didn’t help that, prior to The Copied Factory, the last Alliance raid we got was Orbonne Monastery, which easily goes down as one of the very best Alliance raids in the game so far. It was well-paced, and featured a fantastic third boss fight that would make or break the raid. All three Ivalice raids were tough nuts to crack on launch day, which made the experience so much more rewarding when you did finally clear it.

You don’t get quite the same experience with The Copied Factory.

In contrast, The Copied Factory’s boss encounters are designed in such a way that it is easy for any individual player to die constantly if they’re not paying attention to mechanics. However, it’s also extremely easy for the 24-man group to quickly recover from any blunders.

Without spoiling any major mechanics or encounters, I’ve had two runs where an entire Alliance got wiped out during a boss fight, and we still managed to finish the fight anyway. It takes much longer to clear, yes, but because there aren’t that many instant wipe mechanics (only two very easy ones, by my count), most groups should be able to clear the raid on their first try, blind.

That disappointed me greatly — I like the frustration and salt that comes with wiping on a boss multiple times, and the unmatched sense of satisfactions that comes later, as you learn the fight and clear it without a hitch on your 10th try.

That’s not to say that the NieR raid is mechanically bad. In fact, as I ran it a couple more times for the cosmetic loot, I found myself getting charmed by just how NieR-esque everything felt.

NieR: Automata is an action RPG that features some bullet hell segments where you’re constantly dodging these gaudy energy balls, and somehow, Square Enix managed to incorporate that element here as well.

Bosses and even trash mobs have bullet hell segments where you’re forced to keep repositioning so that you don’t take a bunch of orbs to the face. This makes the raid kind of a pain for casters and Black Mages in particular, but it’s definitely a refreshing change of pace, especially since some of these energy orb moves aren’t telegraphed very obviously.

The entire raid feels like you’re playing that same Abandoned Factory level from NieR: Automata again, except this time you’re doing it in FFXIV. You’ve got the little Pods to ferry you around various areas of the Factory, along with other cool NieR-isms like the vending machine Access Points, chest opening sound effects, and delightfully witty quips from the machine lifeforms themselves.

There’s also plenty of creepy stuff to find as you go through the raid as well. And of course, because it’s NieR, the music is also incredible. The raid pulls the best tracks from the game, including the iconic Song of the Ancients, and also features an original arrangement of Weight of the World.

It wasn’t until I’d heard the new Prelude arrangement of Weight of the World that it really started to click with me that this was a damn good raid. While I’m still not convinced the story of YoRHa: Dark Apocalypse is going to be all that good, the musical collaboration between NieR: Automata’s defining track and the classic Prelude theme of Final Fantasy was nothing short of impressive and awe-inspiring. You can bet the Orchestrion Rolls for that track are going to sell for a lot of Gil on the market board.

The Abandoned Factory, which is the level the Copied Factory was based on, was easily one of the weakest levels in NieR: Automata, at least in my view. And if it’s already at this level of quality, it’s going to be very exciting to see what the creators do next with the two remaining raids.