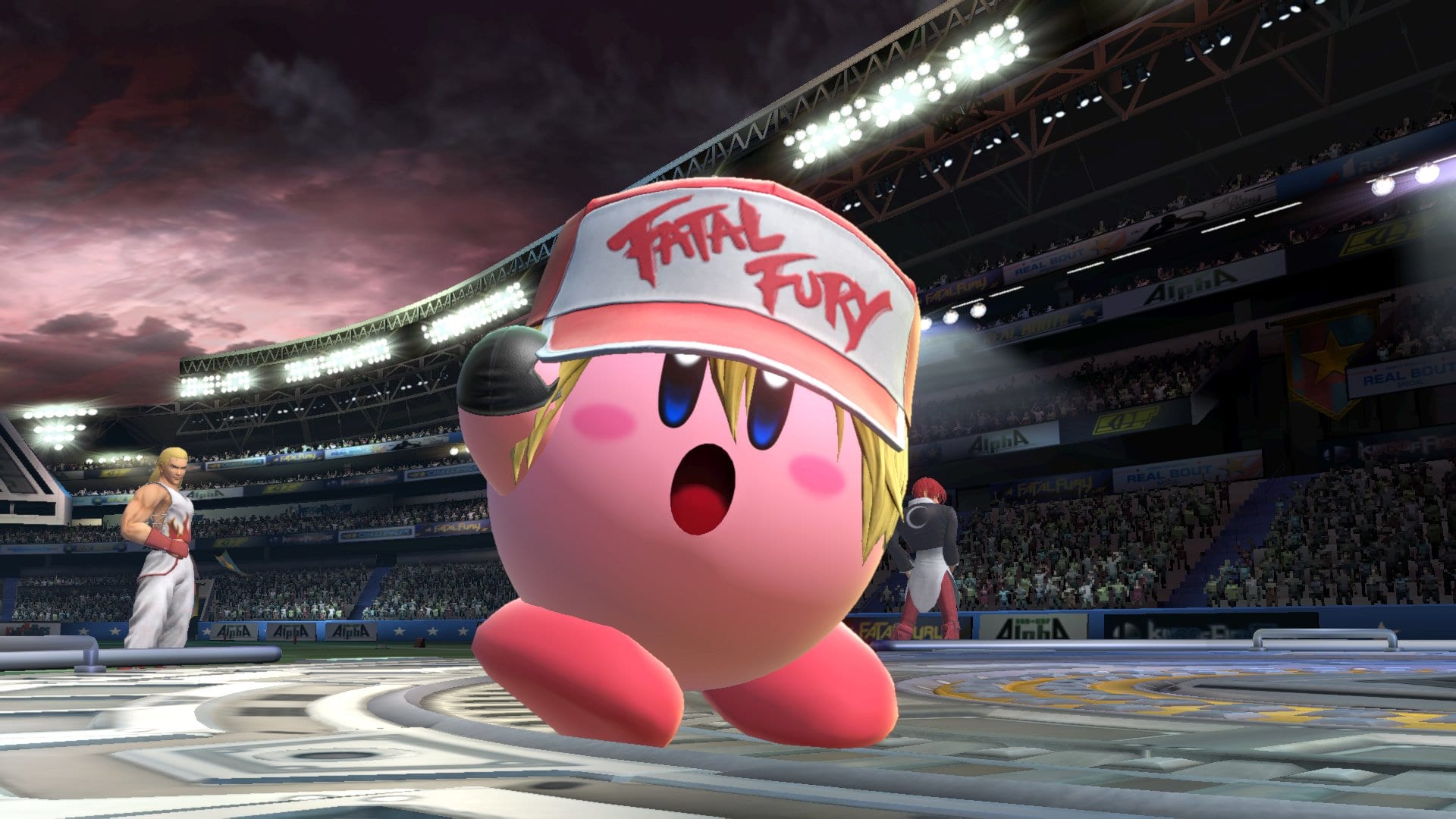 Today, there was a very long and very good Super Smash Bros. Ultimate presentation that was hosted by the smash man himself, Masahiro Sakurai. He went over the newly released fighter, Terry Bogard, and also showed off the new stage based off of King of Fighters, all of the surprising cameos, and we even got a look at some new Mii Fighter costumes.

Kirby has his golden locks, his Fatal Fury cap, his power wave attack, and even some cute little gloves… um I mean mittens. You see, Kirby has no fingers so he has to wear these adorable black “caps” on his hands. As you can see below in some tweets, I’m not the only one who noticed how charming and delightful it all is.

You can try out Terry Bogard in Smash Ultimate right now since the update is now live and ready to go if you own the fighters pass that is. Make sure to let us know how you feel about his moveset and the new music tracks and such.

Oh, and also make sure to try out Kirby’s form of Terry. Please. He’s the best boy.