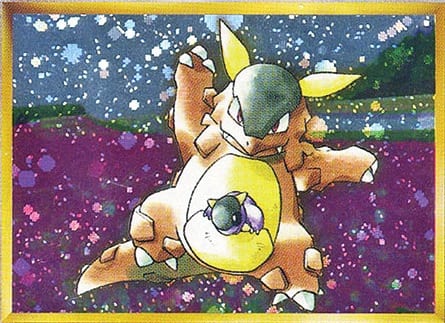 I have a distinct memory of eagerly tearing open booster packs of Pokemon cards on Christmas Day in 1999. The only thing I wanted to see behind the wrappers was my favorite Pokemon, Ninetales. To my delight, I got my wish and more: a sparkling holographic Ninetales was among the set.

My dad, who had grown up in the era of expensive baseball cards, instructed me to take good care of my Pokemon cards. “They’ll be worth a lot of money someday,” he insisted.

Well, he was only half right. My Ninetales card goes for about three dollars on eBay; I won’t be paying off my student loan debt with that anytime soon. But like other Nintendo collectibles, there are some Pokemon cards that have remarkable value. In fact, some are worth hundreds, even thousands of dollars.

Admittedly, most of these valuable cards didn’t come from booster packs that were opened by kids like me on Christmas. Some of the rarest cards to exist were given out at exclusive events or as competition prizes.

This list won’t include accidental anomalies or misprints—those are certainly rare and can sell for very high prices—but instead it will focus on cards that were intended to be unique and limited.

In June 1998, a campaign was held in Japan in which several Shogakukan magazines printed questions that readers could answer and send back. Those who answered enough questions correctly were invited to a two-day conference in Osaka.

These participants competed in a series of battles based on their age brackets, and any player that won a battle during the conference was awarded the special Tamamushi (Celedon) University Magikarp card. This card features a Magikarp that knows the move Dragon Rage, a move that this Pokemon doesn’t normally learn in the games, at least not until it evolves into Gyarados.

1,000 copies of the card were intended for distribution during this conference, but that doesn’t mean all 1,000 were given out. It’s unclear how many were actually distributed and how many still exist today. The card was later reprinted in higher quantities, but the reprints are much more common than the original version was.

There are a few original Tamamushi University Magikarp cards floating around on eBay for about $4,500; even though that doesn’t mean it’ll actually sell for that, it’s still a hefty asking price.

The Tropical Mega Battle was an annual TCG tournament held in Honolulu, Hawaii from 1999-2001. Fifty of the best TCG players from all over the world participated each year.

Because there were only 50 participants in each of the three tournaments, it’s estimated that only 50 of each card ever existed. These cards don’t show up for sale too often, but when they do, the asking price can be nearly $5,000.

Could you imagine yourself participating in a TCG tournament with your parent? That’s exactly what some kids did in 1998 in Japan to win the elusive Promo Kangaskhan card, a fitting Pokemon for a parent-child tournament.

This card was awarded to the parent-child teams that won six rounds of matches. Approximately 100 copies were awarded, though fewer than 50 have ever surfaced on the market.

At the time of writing this, only two appear for sale on eBay, both asking for $50,000. It is widely considered to be one of the first “Holy Grails” of Pokemon cards.

Possibly the most famous card on this list, Pikachu Illustrator (sometimes called ‘Illustrator Pikachu’) is considered to be the “Honus Wagner” of Pokemon cards.

In 1997 and 1998, CoroCoro Comic ran three art contests in which participants designed their own Pokemon card. The top three winners were awarded with copies of the card they designed (I suppose those should be on this list too, since they’re one-of-a-kind, but they are considered unofficial and virtually nothing is known about them) as well as the Pikachu Illustrator card.

Other top entrants were also awarded the Pikachu Illustrator card, with a total of only 39 distributed. It is unknown how many actually remain today, and legitimate cards rarely surface. This card is so desirable not just due to its rarity, but also because of its fame and cuteness.

One actually appeared recently at the end of October, and it sold for a shocking price of nearly $200,000, making it the record-holder for highest sale price of any Pokemon card to date.

As soon as you saw this card, you probably jumped out of your seat to search through your childhood collection. If it looks familiar, that’s because it’s nearly exactly identical to the first Raichu prints, except this version has the word “PRERELEASE” stamped into the corner of the image.

Wizards of the Coast, the producers of the card, refused to admit its existence for a long time until 2006 when they estimated that only eight to ten copies were ever printed. It was probably never their intention for this card to be released into the public, and to be honest, we’re unsure how many ever actually made it into the hands of consumers.

Because so few of these cards exist, it is difficult to verify their legitimacy, and you probably won’t hear of any for sale anytime soon. If a legitimate Prerelease Raichu card were to ever hit the market, you can bet that it would sell for a record price.

Of all the cards on this list, these three are the only ones that consumers never had a fair chance to obtain. The Piplup, Turtwig, and Munchlax Promo cards were distributed at the The Pokemon Company International Annual Distributors Meeting in 2007, 2008, and 2009, respectively.

On the other hand, the Munchlax card (stamped with “Chicago 09”) has a confirmed number distributed: exactly six. Yes, only six Munchlax Promo cards exist, and they weren’t even given to the public.

You can only imagine how the Internet would break if any one of these promo cards were to surface. Until then, you can find Chimchar crying in the corner for not being included in that promo event.

Credit to Bulbapedia and PSACard for card images and distribution information.