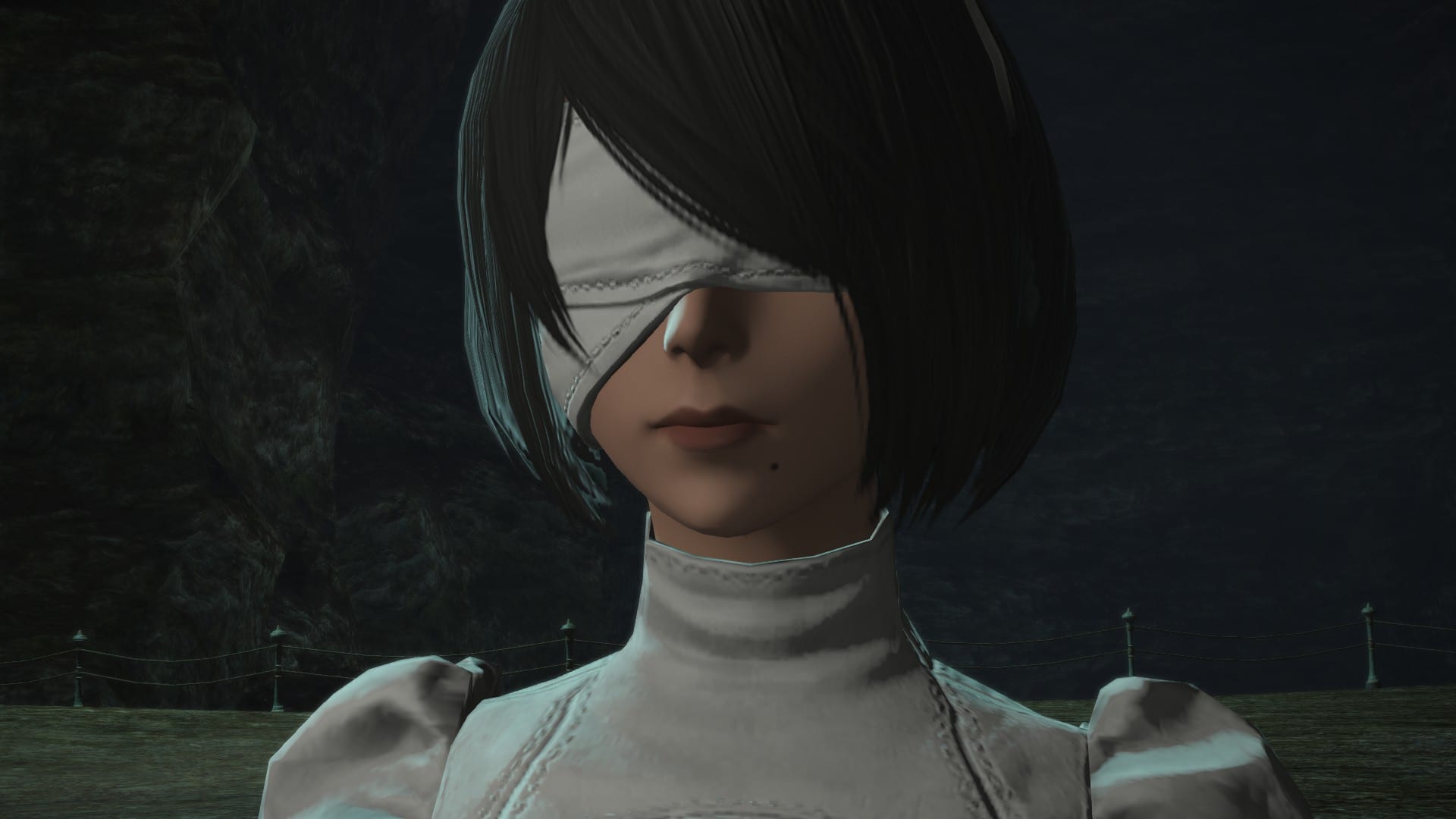 As a stalwart supporter and diehard fan of Yoko Taro’s crazy works, I was ecstatic to hear that the new Alliance raid series would be headed and directed by Taro himself, and producer Yosuke Saito. NieR: Automata’s setting and narrative is so far removed from the world of Eorzea that it was hard to imagine how a story set in FFXIV would even work, but with Taro’s track record, surely this was gonna be interesting to watch at the very least.

The first act of this three-part story is now out in FFXIV and, sure enough, it’s a little weird. Not in the Yoko Taro sense of “weird,” mind you. I’m sure the real weird stuff will only start coming around towards the end of the story.

When I say “weird,” I mean it’s actually sort of jarring to see NieR: Automata’s emo androids clash with the sprightly and cheerful dwarves of the First. It’s jarring in a charming way, sure, but jarring nonetheless.

Picture this: you’ve got the android 2P, clad in dramatic white, armed with a katana, and she’s talking about some pretty heavy stuff. She’s talking about machine lifeforms and how they have will and sentience. Towards the end of the first act, she becomes critically injured and she mentions that she might cease functioning soon, but it doesn’t matter as long as the mission continues.

NieR: Automata’s iconic music is playing, we’ve only just barely grazed the surface of the story and 2P is already struggling with existential dread due to her life as an android.

And on the flip side of things, you’ve got the two goofiest dwarves in Anogg and Konogg who just wanna blow shit up with explosives and keep digging into the ruins of the Copied Factory to find a mysterious key that 2P keeps alluding to. Pair that up with FFXIV’s fantastic, over-the-top animations for the dwarves and Lalafells, and you’ve got some pretty absurd scenes to look forward to this patch.

The setup for this new story definitely feels a tad forced as well. Whereas the excellent Ivalice raids were presented as a research expedition on the stories of FFXII and Tactics for a Garlean play, the introduction for YoRHa: Dark Apocalypse is a little less thought out, at least for now.

The story simply kicks off in Tomra when you catch wind of two mischievous dwarves wanting to dig deeper into some abandoned ruins, and we end up running into a bunch of androids and machine lifeforms there.

The start of the Copied Factory raid is literally you stepping through an underground doorway that somehow leads into an expanded version of the Abandoned Factory from NieR: Automata, complete with the grey sky, birds and all, which… also doesn’t make much sense geographically.

Overall, my feelings on the introduction of the NieR raids are mixed. I’m never going to complain about seeing even more of 2B (I mean 2P) and 9S on my screen, and I’m a sucker for the endless philosophical discussions about the meaning of life and what it means to be human.

And yet, I can’t help but feel a little sad that this first act of the story seems to just be shoehorning Automata’s major themes and set-pieces into FFXIV with no real rhyme or reason.

There are still two more acts to go, and the rest of the story could very well change my mind. For now, though, this hasn’t been the greatest start to the NieR: Automata arc.