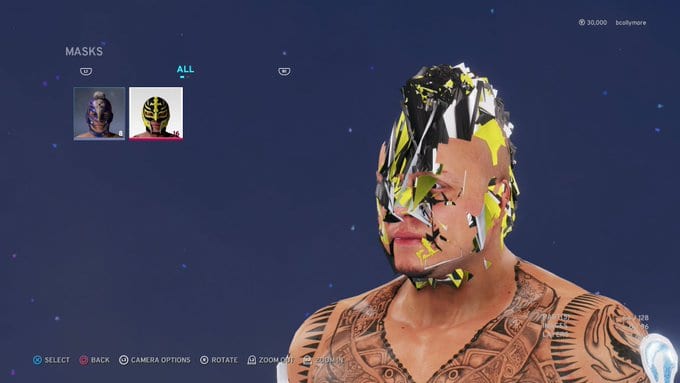 2K Sports games have had a rough couple of months. First, NBA 2K20’s issues led to #FIXNBA2K20. Before they could even get past that whole debacle, Twitter was flooded with numerous WWE 2K20 glitches and #FIXWWE2K20 tweets.

There are a few different ways that you can go ahead with responding to glitches. The best way is respectfully tweeting out your concerns to the creators.

Or… you can do what most people are doing and tweeting out all the WWE 2K20 glitches you run into for those oh-so-sweet Twitter follows and retweets. Don’t forget to post your SoundCloud in the comments so people can check out your work.

Hopefully 2K is able to fix their games as a commitment to improvement for their fans. That said, a little chuckle here and there at goofy-looking glitches never hurt anyone, right?

This is kind of toeing the line when it comes to un-constructive criticism, but its use of the popular word F’N is so pro wrestling.

It would be interesting to see Dolph go for this at Crown Jewel. I know it doesn’t follow the laws of physics in this universe, but anything is possible with the right amount of Saudi oil money.

I think Sasha Banks is just working on her tactical roll.

Please, excuse the language, but they have a good point. I wonder if the eye can go the opposite way so you can create a Gungan tag team.

If I didn’t know any better I might have thought that this was the Cyberpunk 2077 character creator.

All we need to do here is figure out how to make this work for the rest of the body so we can create skeleton wrestlers and have a spooky Royal Rumble for Halloween.

This next glitch is not for the faint of heart, or anybody for that matter.

The Benny Hill theme could go perfectly with many glitches, but none more so than these ones. The hilarity of these glitches reaches the status of art with these three.

For the sake of the people who bought WWE 2K20 and the pride of the developers, I surely hope that these glitches get fixed quickly. They’re fun to laugh at occasionally, but we all just want to be able to enjoy good games.