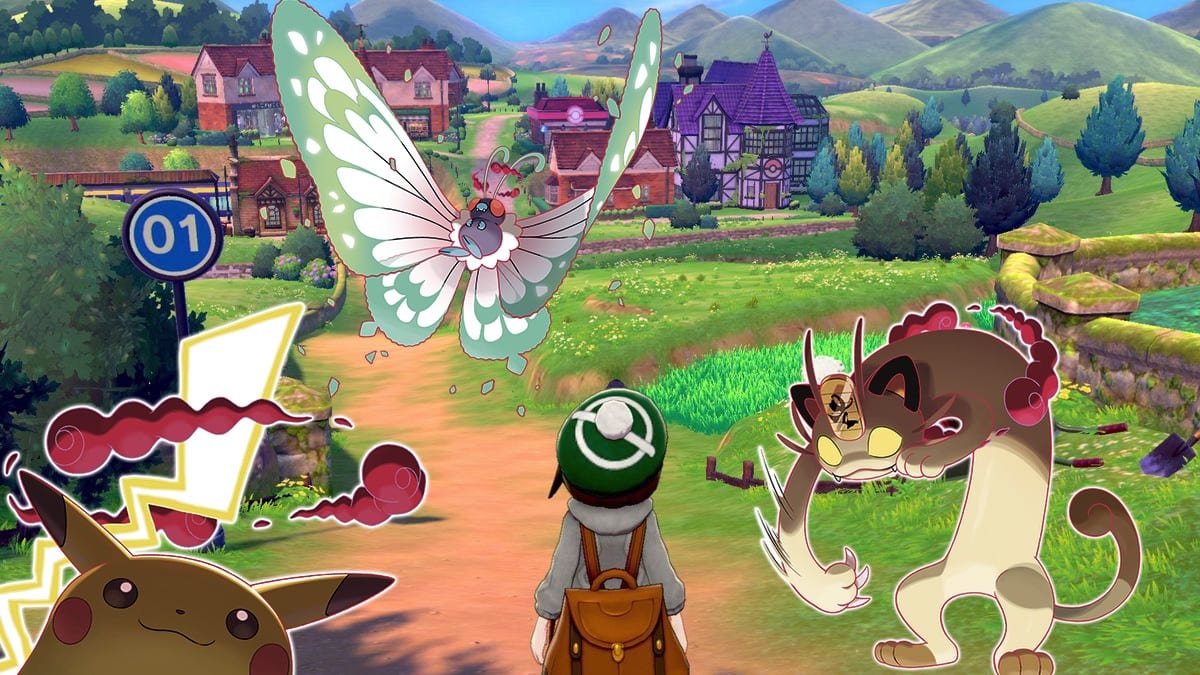 Pokemon Sword and Shield are bringing in a bunch of new Pokemon that call the Galar region their home, but that’s not the only new thing coming to the next-gen mainline Pokemon games. We’re also getting Gigantamax forms of several different Pokemon.

Gigantamaxing not only increases a Pokemon’s stats like attack and defense, but it changes the look of the Pokemon as well and gives it new types of moves.

Here’s a list of every new Gigantamax form that’s been revealed for Pokemon Sword and Shield so far. We’ll be sure to update this list as more forms get announced.

Fat Pikachu is back baby! Game Freak has revealed that Pikachu will indeed have a Gigantamax form in Pokemon Sword and Shield and it hearkens back to the good ol’ days of the past when Pikachu was just a little bit chubbier (and lovable).

It stands tall at a whopping 68 feet and it can store electricity in its body that rivals an actual power plant –wow.

The new move that Pikachu can use in this Gigantamax form is called G-Max Volt Crash, which causes damage and paralyzes Pokemon on the field, even ground-types!

It’s also worth noting that this special version of Pikachu can only be obtained in the game if you have a save file from Pokemon: Let’s Go Pikachu.

If you’re tired of seeing new forms of Charizard over and over again, we’re sorry but the Gen 1 starter Pokemon is just so popular that it’s always going to be in the spotlight over Blastoise and Venasaur.

Anyways, this Gigantamax Charizard can be caught by participating in Max Raid Battles and it knows the new move, G-Max Wildfire. This attack not only deals damage, but it also deals damage to the enemy Pokemon for four turns, as long as it’s not a fire-type.

This giant version of Eevee is apparently so big and cute and fluffy, that other Pokemon get caught in its fur and becomes so enamored with Eevee, that they lose the will to fight.

Fitting in with this whole fluffy theme, Gigantamax Eevee’s new move, G-Max Cuddle causes any Pokemon of the opposite sex to become infatuated, making them easy to take down due to their inability to perform attacks.

This creepy long cat form of Meowth in Pokemon Sword and Shield can only be obtained if you play the game in the first few months that it comes out, until Jan. 15, 2020 to be exact.

When Meowth sharpens its claws, it gains a massive attack boost, allowing it to destroy windows and tear down buildings.

Its new move is G-Max Gold Rush, which deals damage to opponents and also scatters coins around the area, giving you extra in-game cash.

Drednaw is a new Water-type turtle Pokemon for the Galar region and when it is in its Gigantamax form, it can stand on its two hind legs like some sort of anthropomorphic being.

It’s such a powerful Pokemon in this state that it can punch a hole through a mountain… talk about muscles!

Drednaw’s new move is G-Max Stonesurge, and it spreads sharp rocks around the opponent and whenever a new Pokemon comes into the battlefield, they take damage immediately.

This Gigantamax form of Butterfree has big, beautiful wings and it also has… oh, that’s actually all that’s really changed here for this bug-type Gen 1 Pokemon, but it has a sweet new G-Max Move!

G-Max Befuddle causes the opponent to take damage but this special move also has the ability to cause several ailments such as poison, sleep, or paralyze.

Thanks to its delicious and creamy exterior, Gigantamax Alcremie is very resistant to powerful physical attacks and it can launch high-calorie cream missiles that can confuse its opponents.

Its new move, G-Max Finale, will heal all Pokemon on Alcremie’s side while also dealing damage to the opponent Pokemon.

Corviknight is so powerful in its Gigantamax form that it can turn its armor into tiny blade birds that can be launched at enemy Pokemon.

Corviknight’s new move in its Gigantamax form is called G-Max Wind Rage, and not only does it cause damage to opponents on the field but it also removes any effects of moves like Reflect and Light Screen.