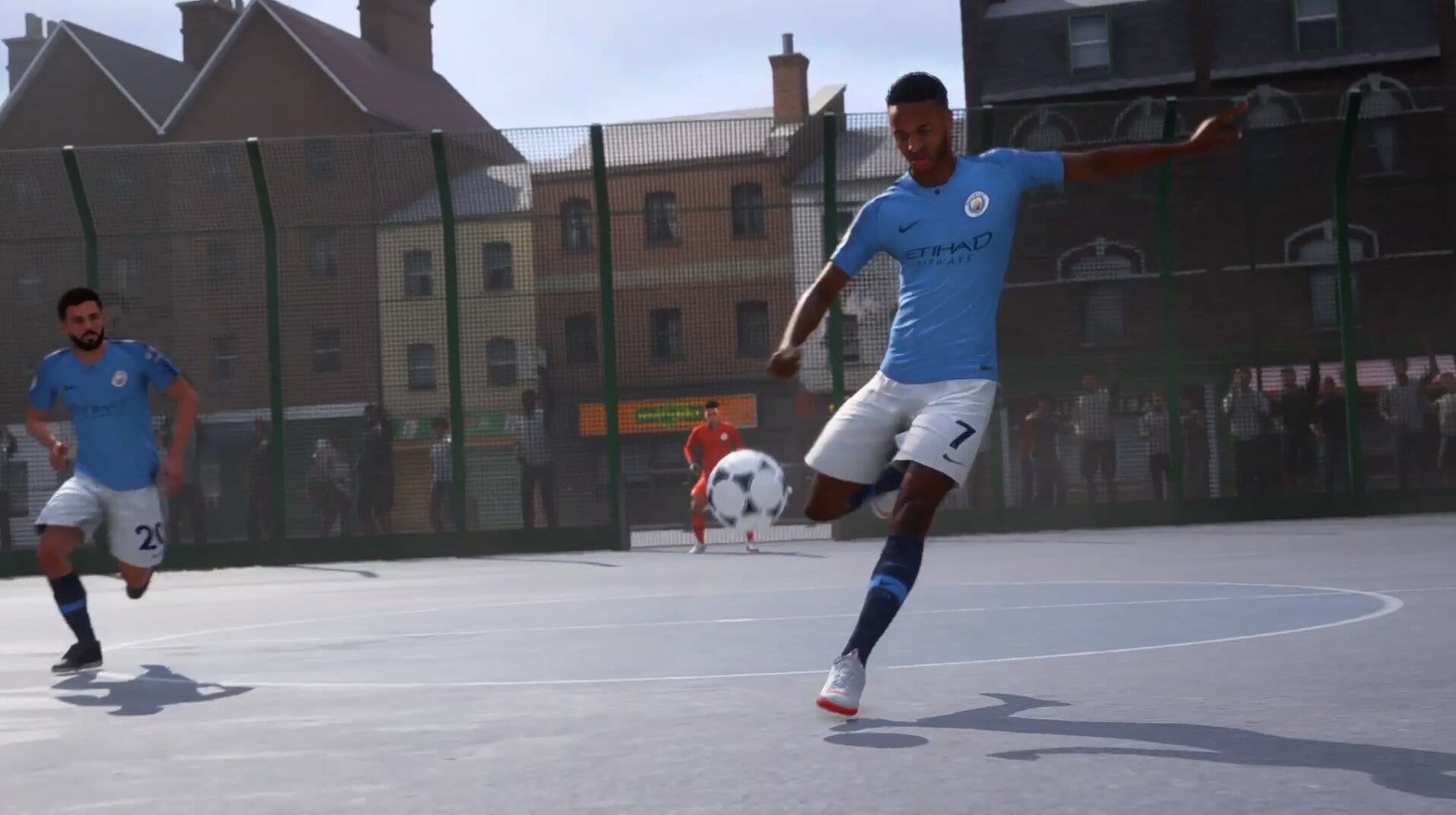 FIFA games tend to be very different beasts in online matches in comparison to offline, especially in Ultimate Team. The different ways in which human players and the AI opponents play and put teams together make the former a faster experience.

Since that can change how the game feels, in positive and negative ways, I’ve held off from writing a final review of FIFA 20, even though I’ve played tens of matches over the last few days.

My full review will come once I’ve had time to feel how the game plays online when the EA Access trial launches, but what follows is my thoughts on offline gameplay and all the menu content that FIFA 20 has to offer.

The gameplay in 19 was frustrating. The changes made to counter players’ issues with 18 were great in theory, but the community quickly found new meta mechanics (we all remember green timed finesses) and EA Sports stopped trying to balance the game come January, leaving a mess of El Tornado crosses and back post headers. It just wasn’t fun.

For FIFA 20, the gameplay seems to have been generally improved, and not just in terms of mechanics, but crucially in how fun the game is to play offline.

The AI is no longer as negative as they were in FIFA 18 and 19, at least on higher difficulties. While they still punt the ball out of play when under a little bit of pressure in their defensive third, they don’t sit with 10 men behind the ball and get a nose bleed when in front of goal.

I wouldn’t say that they’re more of a challenge to play against, because their own attacking philosophy opens up more space for you to get in behind their defense. Playing against the AI feels more balanced and should make it more fun throughout the year to come.

In terms of how offline gameplay feels generally though, it’s quite slow. I managed to play two online matches, which were noticeably faster, but offline is as you’d expect. I don’t think slow is necessarily a bad thing at all, though, as long as the gameplay is good otherwise.

FIFA 20 initially feels far more like a passers’ game than previous years. There’s a significant amount of error to passes that are attempted at 180 degrees, but simple passes feel crisp and satisfying.

That is likely down to the significant changes that have been made to defending. You can no longer hold down the contain button (X on PS4) to follows a defenders position and pressure them into giving up the ball.

Now, holding that sees your defender stay a meter or two away from the player, giving attackers more space while promoting the use of manual defending.

Attempting to push towards the ball carrier is more rewarding if you can get it right, especially with the issue of the bounce of the ball favoring the attackers seemingly gone.

I hope we don’t see a trend of players using Drop Back and one depth and just covering passing lanes. Defensive positioning and intercepting is vital in FIFA 20, so trying to defend the penalty box while attackers find space could become the norm. We’ll see how that transpires.

Those defensive changes also mean that what you look for in attacking players changes. While pace is still key, it seems to be high agility stats that are more important.

Since defending often relies on player inputs, or at least more than before, having players who can escape the press quickly is helpful. Drag backs, body feints, ball rolls, and heel to heel flicks are all great skill moves, and they’re only improved by players with high agility.

Also, now that you can’t chain skill moves to essentially make you unstoppable, some thought has to go into when are where on the pitch you use them. There’ll be no more Kylian Mbappe La Croqueta-ing the length of the pitch to score a tap in.

It’s also more noticeable than in previous years that good players have more of an impact. Those with technical stats (passing, shooting, dribbling) in the mid 80s or higher really have an impact on matches.

Not all aspects of gameplay are improved though. Just as EA Sports tend to when attempting to balance the game, they’ve been rather heavy handed with addressing some over powered FIFA 19 mechanics.

First of all, heading is now useless. Whether that be trying to score, clearing corners, or attempting short headed passes in the midfield, headers can go anywhere. They tend to be quite vertical, with you having to anticipate where the ball will land to retain possession.

It does mean that mistakes are frequent in the midfield when the ball is in the air, goal kicks are inconsistent and risky, and crosses aren’t generally a reliable tactic.

Also, EA Sports has clearly attempted to address the ‘kick-off glitch’ complaints. Now, rather than it feeling like a counter attack from kick off, just two attacking players even move up the field when restarting play. It does the job of stopping kick off goals, but it may be overdoing it slightly.

Don’t expect to be free of the usual FIFA issues too. Goalkeepers are still unreliable (absolutely mad at times), and outfield players will make strange mistakes on the ball, so be prepared for some frustration to remain.

In terms of modes, Volta is the big new thing that FIFA 20 is shouting about. I’m still making my way through the story mode, but my experience has been mixed so far.

The basic gameplay feels good, with passing and blocking being very responsive, and manual shooting adding some thought to the competition, but it’s totally lacking the fun factor that street football should have and FIFA Street before it had.

Skills aren’t really promoted, which is disappointing. Just passing the ball around and walking the ball into the net is a far better approach than attempting skills and you need so much space to pull most of them off.

The AI players don’t really attempt them either, so you’re at a disadvantage if you do.

As you’d expect, the presentation is superb and the locations are very well-designed, but there’s too much that takes away from the atmosphere.

More off-putting than anything else, though, is the actual story part of story mode. The characters are horrible caricatures of football fanatics, the writing is so awkward that I repeatedly told characters to stop talking, and the story is too serious for a mode that’s supposed to be about fun and the flair of the sport.

It’s all about arguing and poor attempts at banter, and throws rivalry, melodrama, and emotional moments at you right from the start, before you even know the characters’ names, let alone by the time Volta has earned your interest in them.

Over the last three years we had The Journey, which were equally cringeworthy yet the gameplay was repetitive, so Volta is at least a step forward from that.

But without co-op online play and no need to learn all the skill moves, I’m expecting it to be a mode that people try for a few weeks and it becomes a ghost town soon after. I hope I’m wrong though and a community brings the passion to the mode that it’s currently missing.

The other substantial new feature is Ultimate Team’s Seasons Objectives. As they are, they include a few too many filler stadium decoration items that everyone will skip past when playing, but it’s a big step forward for the mode.

With something small to complete every day and greater objectives to work towards over the course of a 50 day season, it’s a grinder’s paradise.

FIFA 19 suffered from giving players no reason to play for long stretches of the year, but the new Objectives should counter that, as long as they’re treated well throughout the year.

Some of the quality of life changes, particularly those made to the Squad Screen, are more of a step back than forward, but Objectives has the potential to be a game changer for FIFA.

Hopefully the gameplay positives are still present in online play and the negatives are less impactful. I’ll test it thoroughly over the next few days to get an idea of how FIFA 20 fares in the format most players are going to spend the most time with.