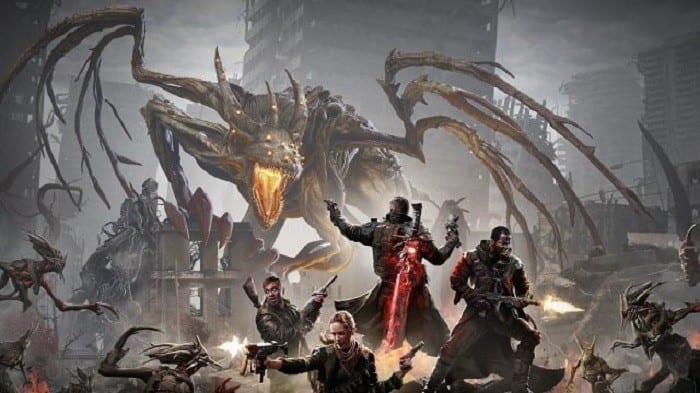 The fall season is one of the most exciting times to be a fan of video games. With tons of games being released right before the holidays, there is no shortage of great games to play, like Remnant: From The Ashes.

Unfortunately, this also means that if you are a smaller title, you’ll probably fall off the radars of many gamers when going up against some of the AAA juggernauts like Doom Eternal or Death Stranding.

While it’s perfectly reasonable if you did miss it, don’t double down on missing out after reading this article. Remnant: From The Ashes is a game that should not be slept on and here are five reasons why.

Remnant: From The Ashes has a unique mechanic in which a campaign will be generated at the beginning of every new save file. This campaign is procedurally generated, giving each new game a fresh feel.

What’s particularly interesting is that it incentivizes co-op between friends because your campaign will feature different bosses and quests than your friends.

These procedurally generated save files doesn’t take anyway from how cohesive the world feels though. Each area feels connected and intertwined and there are plenty of secret areas to explore, and gear to be found.

If you’re someone who cares about your aesthetic in video games then Remnant: From The Ashes is for you. The weapons look, feel, and even sound incredible.

Each weapon you receive from a boss is entirely unique and extremely powerful. If another player sees you with it, they will know that you killed a specific boss or completed a certain challenge.

The same goes for armor, maybe you’re wearing a twisted tree mask, or donning an old western duster. Either way every piece of armor can be upgraded so you can keep your favorite pieces throughout the game.

Remnant isn’t about limiting you to the more powerful gear, it’s about finding what you like and sticking with it.

Challenging but not Punishing

Remnant: From The Ashes gets compared to Dark Souls a lot. In some regards, yes, it is a lot like the Dark Souls series, but in terms of difficulty, not so much.

Remnant makes you think about each encounter, but it does not punish you for dying the same way Souls games do. You don’t lose everything, you simply just start back at the last checkpoint and try again.

This makes trying new weapons and mod combinations fun and strategic as opposed to having to worry about losing everything.

Remnant also has a checkpoint system that is exactly like the bonfire mechanic from Souls. You rest, refill your healing items, and all of the enemies respawn.

Instead of swinging a sword or axe, you’ll be shooting your way through enemies, rolling around and trying to survive.

Remnant: From The Ashes does a great job at introducing new enemy types consistently throughout the game. Depending on which level you are on, there will be a handful of different enemy designs.

Each enemy design behaves and attacks differently. Some may teleport or shoot from afar, while others will rush head-on and not stop until you’ve been killed.

When multiple enemy types are put in the same fight, it becomes a juggling act that is exhilarating when pulled off. Dodging and shooting your way around these encounters looks graceful and feels satisfying.

The enemies’ physical design is also vastly different from one another. Some enemies look like rotting trees, while others are hulking barbarians wearing skulls as a mask.

There are humanoids, wildlife, creatures, and even amorphous blobs. Sometimes you cant even tell what part of the body you’re shooting at because these creatures are so grotesque.

This is a great experience to play solo, but with friends, it becomes even more fun.

Hopping into each other’s games is incredibly easy and makes for a great drop-in drop-out co-op experience.

Having up to three players can really make the game feel fresh. Having a bunch of players blast their way through areas not only looks cool but can make for some exciting weapon combinations.

Each weapon can be equipped with a mod, which sort of acts like a special ability. Some will summon something to help you fight, create a powerful explosion, or do something else entirely different.

Co-op allows you to mix and match these to really get creative with how you’re going to handle each encounter.

Not only that, but it’s always great when a game allows you to play with your friends.

Remnant: From the Ashes is worth your time, if you’re still not sold you can read our review of the game here.