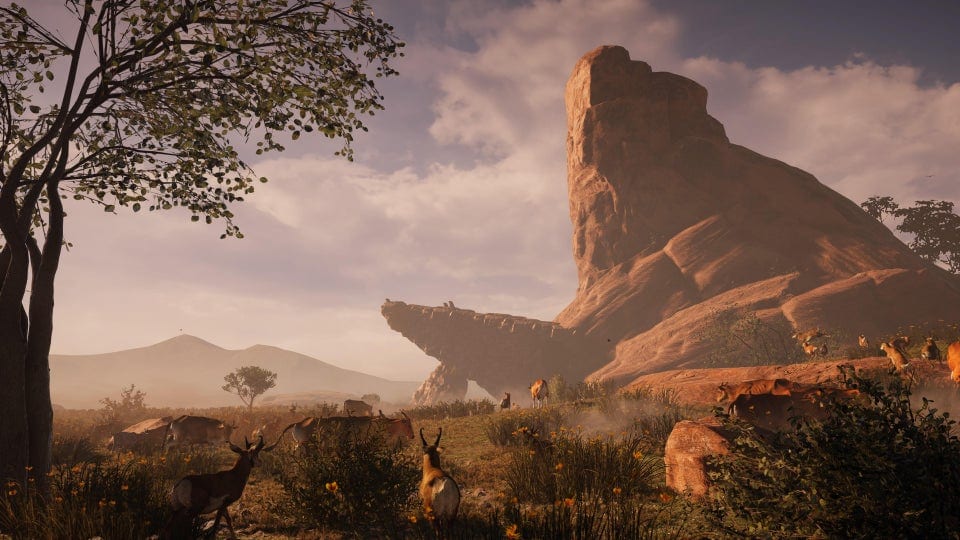 In honor of Disney’s live-action adaptation of The Lion King premiering tonight in cinemas across the U.S., a YouTuber has recreated the most iconic location from the African-themed film. That’s right, someone has created Pride Rock and it’s truly incredible, but that’s not the only thing that’s been done.

Andy’s House from Toy Story, The Office from the hit TV show “The Office,” Walter White’s House from Breaking Bad; these are just several of the creations that have been made by Mojo Swoptops by only using the level editor in Far Cry 5 –impressive, right?

We covered some of his other creations in a feature not too long ago, but if you see the speed-building video down below, you can see just how much work was put into this one.

The beautiful cloudy skies, the dozens of animals grazing about, and the perfect structure of the rock itself makes this level look nothing like the state of Montana that Far Cry 5 takes place in.

We’ve seen people make incredible levels in a bunch of other games before but Mojo Swoptops is killing it when it comes to designing levels using this map editor. He even went to Reddit to post his creation and left a few comments detailing the process of cooking up something like this.

For example, he responds to a glowing comment and speaks on how he worked on the animals:

“Thanks very much! Just like real life, working with animals can be a nightmare. I wanted all the animals to run towards the rock but when I pressed play they did whatever they wanted.

So, I made a tunnel structure behind the camera, filled it with animals, then at the back of the tunnel one lion. When I pressed play, all the animals ran out of the tunnel to escape the lion to create the illusion of them all running towards the rock!”

If you watch the video, it looks the animals are simply running like normal, but in actuality, they are all running for their lives, attempting to escape from a hungry lion.

“The most challenging part of the entire scene was working with the animals funnily enough. I also tried placing eagles to give some more variety in the wildlife but they kept attacking my deer and flying off with them.

It made for a very entertaining surprise when I pressed play but it was no so family-friendly with the Lion King theme so I had to remove them!”

It seems it took a lot of work to get this video looking the way that it did, but it sure turned out to be quite the feat. You can check out the creative process of what goes into making Pride Rock in the video down below and if you want to check out his other creations, you can head to his channel: