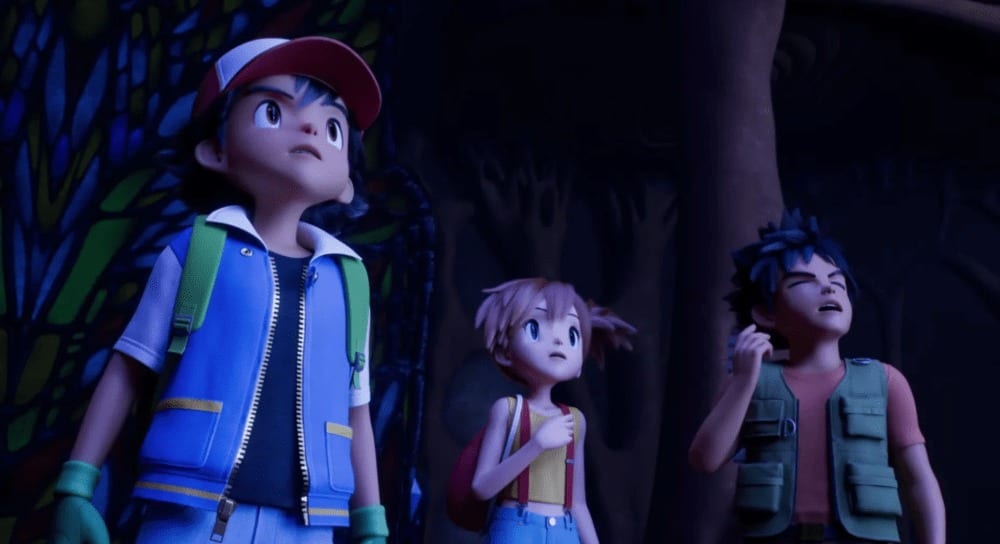 The CGI-animated remake of Pokemon the First Movie, Mewtwo Strikes Back Evolution, has received a new trailer set to the love song “Let You Love Me” by Rita Ora.

The trailer showcases new scenes that were never seen in previous trailers, including Ash and his friends nearly drowning from Team Rocket’s reckless boating — their disguises changed from Vikings to regular sailors in a Lapras boat — and the climactic final battle between Mew, Mewtwo, and the original Pokemon and their clones.

Despite the striking contrast from the 1998 original Pokemon film in terms of art style, it seems like the trailer gave away as much of the movie as most film trailers do in this day and age.

However, since most of us who grew up watching the original Mewtwo Strikes Back know the plot of the CGI remake, which is Mewtwo anonymously inviting Ash and other Pokemon Trainers to New Island to battle the world’s greatest Pokemon Trainer, you can’t really accuse the trailer of spoiling things.

The Pokemon Company picked a good song by Rita Ora — who ironically appeared in Detective Pikachu as Dr. Ann Laurent — for the trailer since it sets the mood for how Mewtwo will come to see that humans actually love Pokemon with all their heart and soul and wish he got the same tender love and care from the scientists who experimented on him.

You can watch the beautiful and captivating new Mewtwo Strikes Back Evolution trailer below. The fact that Rita Ora’s song was used in the trailer takes YouTube back to its heyday when people would edit videos of their favorite anime and games and insert their favorite songs to go with it, depending on the context they’re trying to convey.

Pokemon: Mewtwo Strikes Back Evolution releases July 12 in Japan. There’s no word on when the movie will be released in the West.