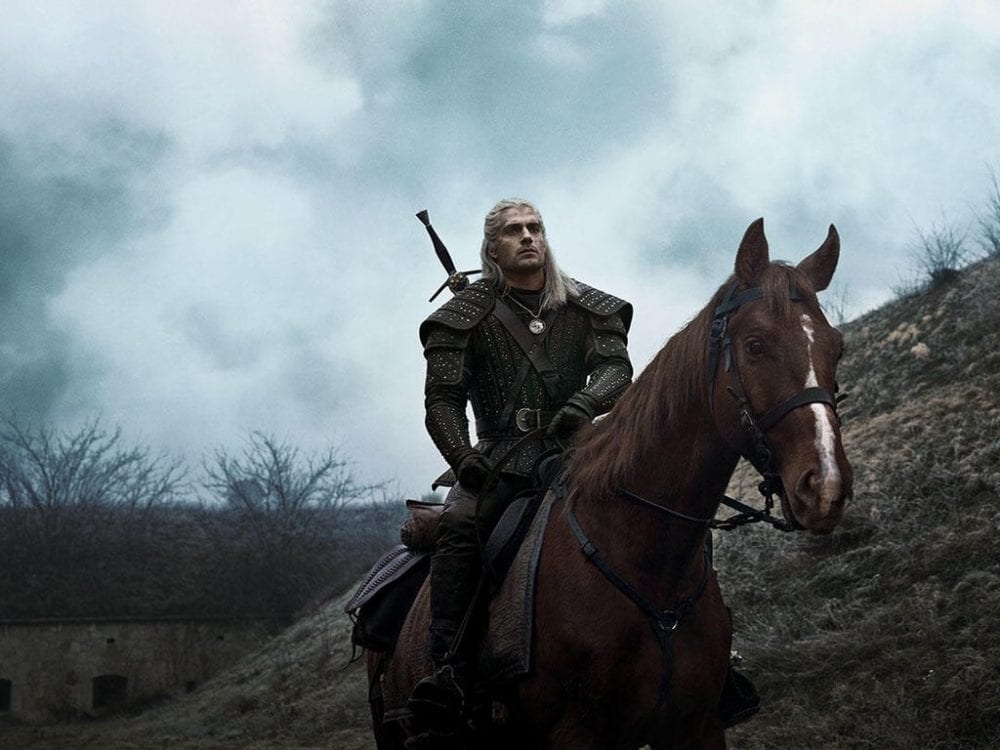 After having introduced fans to the show’s main protagonists last month, The Witcher Netflix writer Lauren S. Hissrich has today provided a first glimpse at another hugely important character: Geralt’s trusty steed, Roach. Elsewhere, an update regarding the show’s upcoming Comic-Con panel confirmed that key members of the cast will be in attendance.

As you can see above, the image shows Geralt of Rivia mounted Roach as they trot underneath a moody sky. Perhaps surprisingly, Roach seems to be behaving herself. Really, Roach and Geralt clipped halfway up a tree would have been a more realistic shot!

In all seriousness, though, the horse does certainly resemble Roach in so much as its marking. Fans will recognize the white markings down the center of her face; it’s nice to see the attention to detail.

In related news, the upcoming Witcher Netflix panel at this year’s San Diego Comic-Con has been confirmed to include actors Henry Cavill, Anya Chalotra, Freya Allan and the show’s lead writer, Lauren Hissrich. We’re still not sure what sort of ground the panel will cover, but let’s hope a trailer and release date will be among the reveals.

As far as we know, The Witcher TV show is currently scheduled to launch in late 2019 with an eight-episode debut season.