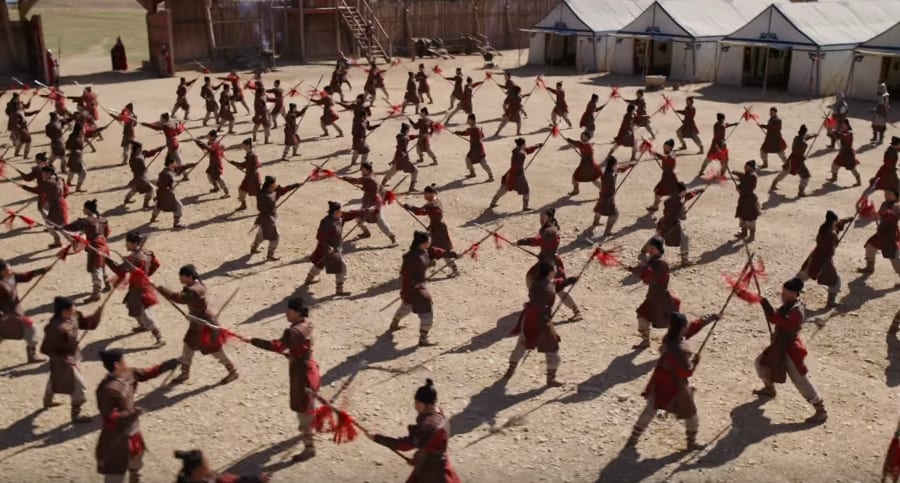 Disney released the first teaser trailer for the live-action Mulan movie, based on the animated Disney film of the same name, coming to theaters in Spring 2020.

The trailer gives a more serious vibe than the classic 1998 animated movie with the omission of its soundtrack, including the song I’ll Make a Man Out of You, and the wise-cracking Chinese dragon Mushu that was played by Eddie Murphy in the original film. The story of the remake does stay true with the animated movie though.

“When the Emperor of China issues a decree that one man per family must serve in the Imperial Army to defend the country from Northern invaders, Hua Mulan, the eldest daughter of an honored warrior, steps in to take the place of her ailing father,” according to the movie’s official description. “Masquerading as a man, Hua Jun, she is tested every step of the way and must harness her inner-strength and embrace her true potential.”

Mulan stars Yifei Liu as Mulan; Rogue One: A Star Wars Story’s Donnie Yen as Commander Tung; Jason Scott Lee as Böri Khan; Yoson An as Cheng Honghui; with Gong Li as Xianniang and Jet Li as the Emperor.

The live-action remake of Mulan will be coming to theaters sometime in Spring 2020.