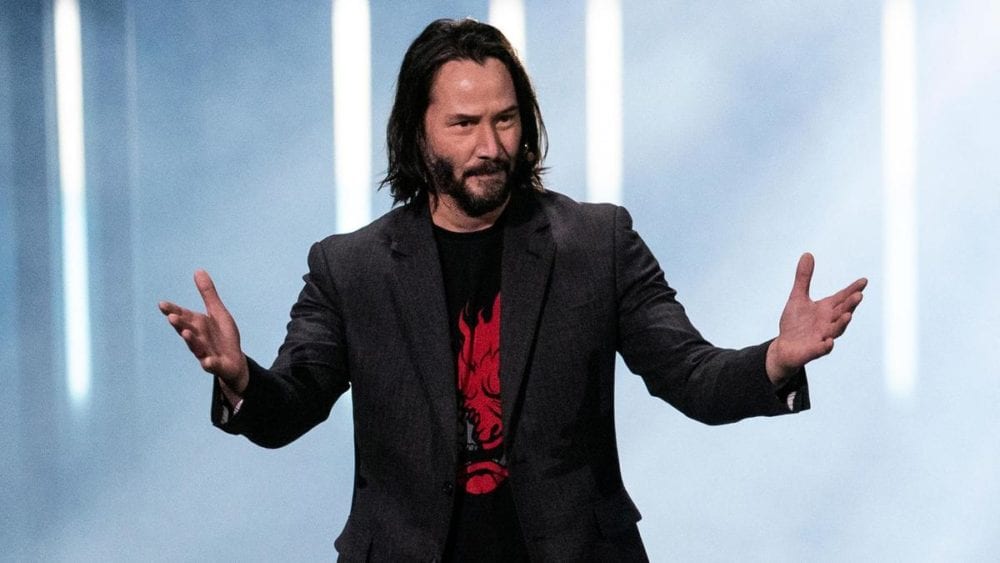 It’s been nearly a month since CD Projekt Red’s upcoming RPG, Cyberpunk 2077, stole E3 2019 with a breathtaking trailer and on-stage introduction from Keanu Reeves, but new tidbits of information from the show are still popping up. This week, we hear that Cyberpunk creator Mike Pondsmith believes a movie based on the franchise is a real possibility now that the Hollywood star is involved with the project.

Speaking to VGC during E3, Pondsmith said in response to being asked about a possible Cyberpunk movie:

“I can’t really say anything on that. But with Keanu Reeves being tied up in things, it’s become much more of a possibility,” he said. “At this point we are teaching people about this new kind of cyberpunk.

My favorite film is Blade Runner, but I recognize inherently that it’s a cerebral film and 2049 was even more cerebral. A cerebral film is not necessarily going to allow other people to enter that space and understand it, but at the same time you don’t want to do it totally action.”

We found a sweet spot with Cyberpunk which is, we make you think, but we don’t bog you down and give you an education. At the end of the day, there will be a moment when you’re sitting there as V and you’ll look down and realise that both of your hands are essentially cybernetic tool factories. As a player, you should at some point think, ‘what is that like?’ There should be that moment of discomfort.”

Keanu Reeve’s on-stage reveal of Cyberpunk 2077’s release date was arguably the show-stopping moment of the entire of E3 2019, and his involvement with the project has raised the profile of the entire game. Perhaps we’ll see him star in a Cyberpunk movie down the line if the game is as successful as we think it might be?

In related news, developer CD Projekt Red has debunked a mistranslated interview that suggested there are multiple Cyberpunk projects in the works at the studio.