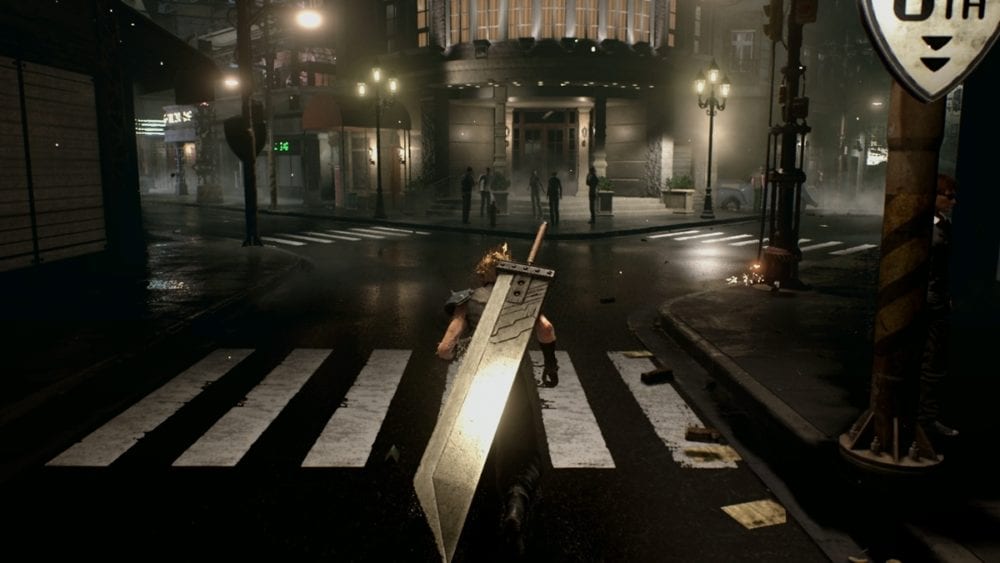 Although unclear if it’s the majority, some fans seem worried.

In many ways, this is perfectly understandable. For Kitase to express that Square Enix has yet to decide on how far the second episode will reach into the story implies that no one really knows how many episodes will be released in total.

With Midgar receiving a full episode to itself, we could be in store for a very long series. If so, that comes with the following drawbacks:

Gamers can be fickle. When we don’t get what we want, we’ll sometimes stomp our feet. Clear details and a road map leading up to release give fans confidence and security.

Following Kitase’s comments from E3, though, many fans are having to accept that the game is wading into murkier waters than most are comfortable with—and, with a game as legendary as Final Fantasy VII, plenty of them are understandably anxious.

However, what if this approach is actually a good thing for Final Fantasy VII Remake?

For starters, and going back to an earlier point, Square Enix’s uncertainty likely spells out an unprecedented load of content being crammed into Final Fantasy VII Remake. If you’re someone who loves Final Fantasy VII and has been waiting for the remake for years, isn’t that a good thing?

The first game in this remake is supposed to be about Midgar, but disc one of the original game ended far beyond that at the Forgotten Capital.

Without arguing semantics like file sizes and advancements in technology, common sense would suggest that Square Enix wants to expand on Final Fantasy VII and provide a robust gameplay experience, elaborate on its story, and offer fans more to sink their teeth into.

If Kitase doesn’t know how many episodes there will be in the remake, nobody does. What we can safely assume, though, is that this game is going to be lengthy. For arguably the most anticipated JRPG remake of all time, I see this as an upside.

Square Enix has confirmed that episode one will be a “fully standalone gaming experience” as originally stated in the description of its latest gameplay trailer.

This means that, even if Final Fantasy VII Remake might break your bank or be a little too much for you to play through in its entirety, you’ll at least have the option of playing through the first episode and can expect it to end in a way that feels fulfilling.

With Midgar getting its own game, we should expect the rest of Final Fantasy VII Remake’s episodes to follow suit. Maybe we’ll see episodes largely dedicated to major areas of the game such as Cosmo Canyon or Wutai.

Releasing standalone episodes together as a full-game experience has its unique upsides, and Final Fantasy VII Remake won’t be the first game to do this.

Next, let’s acknowledge that Final Fantasy VII Remake is a game that Square Enix can’t afford to get wrong. This is a game that has a passionate fanbase which has been pleading for a remake for years.

Another upside to this release format is that Square Enix will be able to learn from its mistakes and successes along the way.

When the first episode of Final Fantasy VII Remake ships in March 2020, if fans are unimpressed with certain aspects of it, Square Enix can adapt and make the necessary changes.

If the Midgar episode is anything short of exceptional, Square Enix has no excuse around getting it right in future episodes.

That’s hindsight that I hope we’ll never have to consider, though.

I’d urge fans to continue to be patient. We have a release date for the first episode in our sights, and Square Enix is already making plans for the second.

Nonetheless, do continue to be critical. Twinfinite’s Ed McGlone recently pointed out the highs and lows from his hands-on preview at E3.

The Final Fantasy VII Remake is something we’ve all wanted for so long, and Square Enix has chosen a very interesting way to bring it to us. Let’s take advantage of that and push them to make this game better than the original ever was.